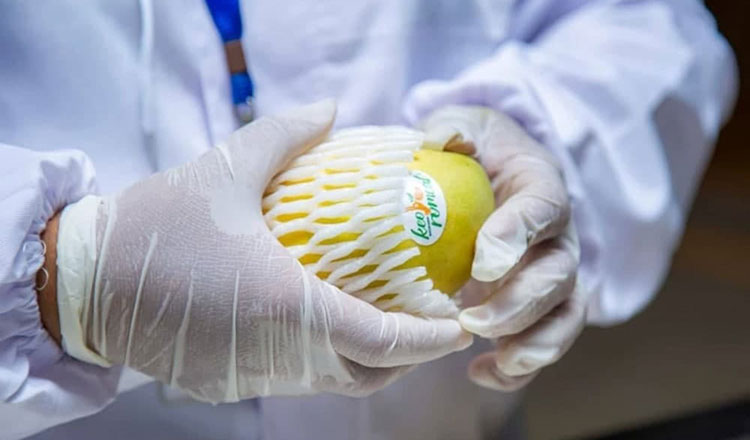 The export of Cambodian fresh mangoes to international markets saw a remarkable increase of 251 percent to 163,828 tonnes during the first eight months of this year.

The figures were updated by a recent report of the Ministry of Agriculture, Forestry and Fisheries (MAFF).

More than 100,000 hectares of land in Cambodia are being used to grow mangoes, especially in Kampong Speu, Kampot, Battambang and Banteay Meanchey provinces, and about 1.5 million tonnes of the fruit could be harvested annually. C. Nika – AKP, Khmer Times