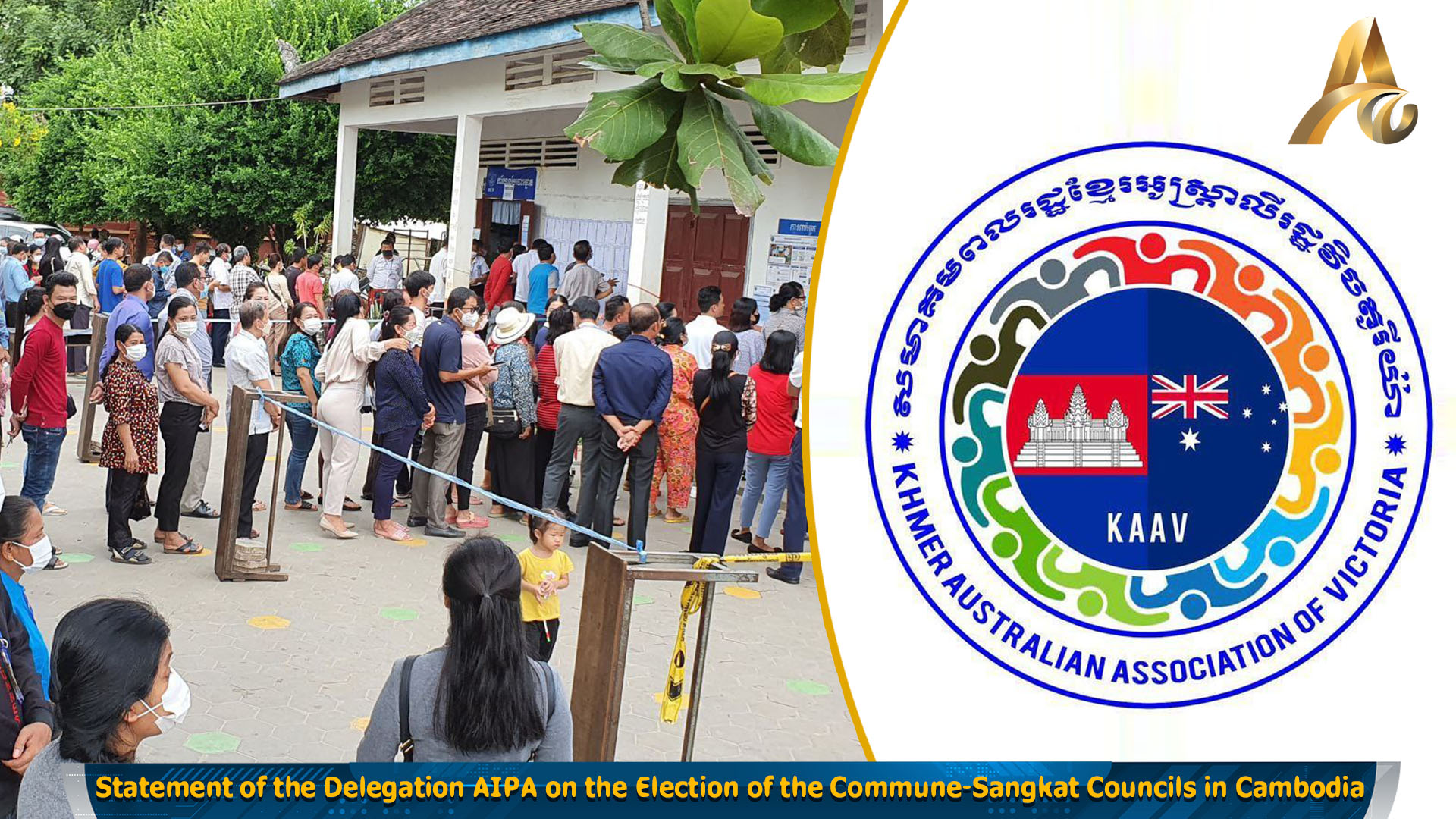 ‘At the invitation of the Cambodian National Election Committee (NEC) through the Ministry of Foreign Affairs and International Cooperation and the Secretary General Office of the National Assembly of Cambodia, Delegation of the ASEAN Inter-Parliamentary Assembly {AIPA) which consists of four AIPA Members and a representative from AIPA Secretariat, attended as observers of the 2022 Commune Election in Cambodia. The Delegation was given opportunity to observe the pre-election White Day, which is a day before voting, as well as all the proceedings during the Election Day. Information on the Cambodian electoral system and procedure was also provided to the Delegation prior to the Election Day through a briefing session by the National Election Committee. The legal environment in which the commune election was conducted is essentially unchanged from previous commune elections in 2017 that has been governed by the Law on Election of Commune-Sangkat Councils of Cambodia adopted in 2015’.

‘The Delegation’s conclusion was drawn on the basis of direct involvement to cross-check the information provided at the briefing session before the Election Day and the reality reflected on the ground. Observations were made through the entire voting process, including the opening and closing of polling stations, followed by the vote counting process’.

‘On the Election Day, the delegation visited several polling stations in Phnom Penh, Kandal and Takeo provinces, witnessing all phases of the voting process, from the opening to the closing. Upon the closing of the polling stations, the Delegation – along with parties’ agents present, representatives from NGO and local observers -took part in observing the vote counting and tabulation process, which was assessed to be conducted in an open and transparent manner’.

‘The Delegation observed that the election went smoothly and peacefully. The Delegation also did not encounter any practices of intimidation, coercion or violence during the observation process at the visited polling stations’.

‘The voting process, taking into consideration the understanding of each delegate on the information provided before and during the voting process, was carried out in accordance with national laws and in a technically efficient manner. The Commune election ended successfully in a peaceful and participatory atmosphere, demonstrating integrity and courteous voters’ behavior’.

‘The voting process of the 2022 Commune Election in Cambodia proceeded peacefully and smoothly in a free, fair and transparent manner, in which competing political parties were freely participating in the entire voting process without disruptions. Every party had equal opportunity and rights before law, which indicates decent democratic process in Cambodia. A transparent system was in place to ensure observers from political parties, national and international non- government organizations to closely watch the whole process of the voting. Vote counting was done efficiently, using an effective mechanism with participation from attending observers’.

‘Participating Delegates observed that the polling stations visited were attended by capable staff who stood ready to assist voters. All polling stations were well equipped with all necessary materials, including voter lists, ballot papers, stamps, indelible ink, and blank ballot boxes confirmed by the first voter of each polling station. Further, the Cambodian authorities were also on full duty to guarantee the safety and security of all participants during the voting process, including the numerous international observers registered that were on site’.

‘The observing Delegation of AIPA supports the conduct of multiparty, free, fair and regularly­ scheduled elections as a democratic means to compete for public offices at the local and national levels. The Delegation wishes to conclude that the 2022 commune voting process was held successfully, allowing the people of Cambodia to exercise their civic and political rights through the universal direct suffrage by secret ballot governed by prevailing national and international laws’.

‘With the peaceful, effective, and transparent election process, as well as the deemed high-rate of voter turnout of approximately 78%, the AIPA Delegation congratulates the Cambodian people on this success’. EAC News