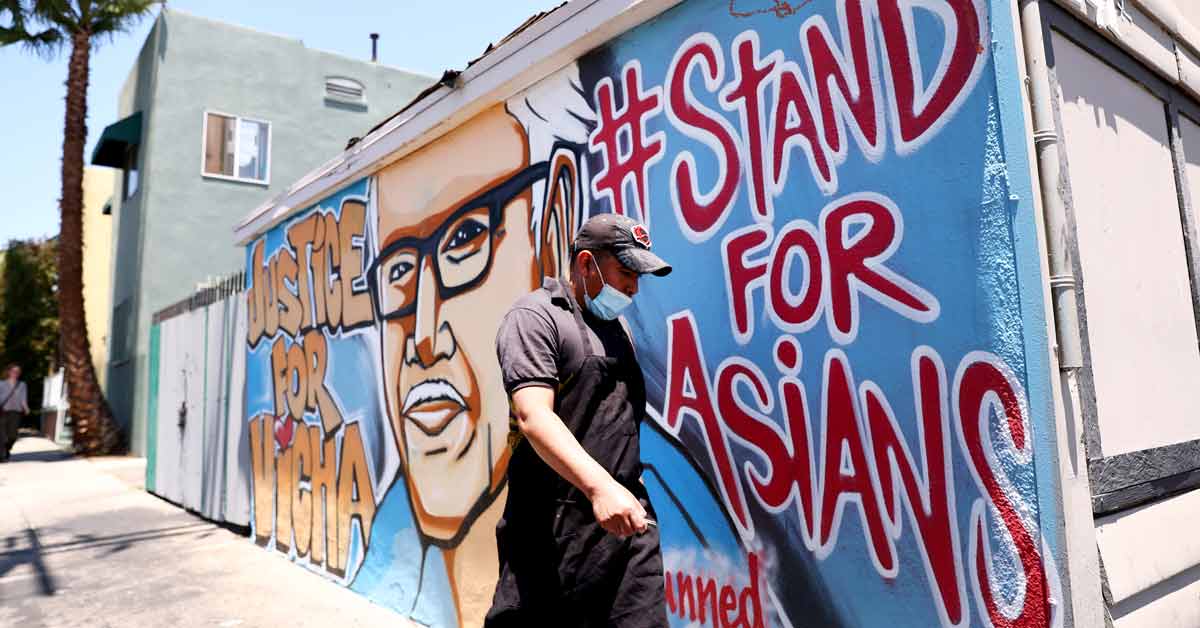 The United States (US) government has once again accused government officials and security forces/services in countries like China, India, Russia, and even the Philippines, of committing human rights violations based on the recently released State Department’s 2021 Country Reports on Human Rights Practices.

The report has once again accused China of “genocide and crimes against humanity” for its treatment of the predominantly Muslim Uyghurs and members of other ethnic and religious minority groups in Xinjiang while also saying that government officials and the security services often committed human rights abuses with impunity.

US Secretary of State Antony Blinken said recently that the US is monitoring what he describes as a “rise in human rights violations or cases in India by some government officials, police, and prison officials.” But Blinken did not give any evidence to support his claims.

Moreover, the Philippines, a supposed treaty ally and friend of the US, was not spared from the condescending and stigmatizing remarks from no less than the US State Department, which claimed that it received “credible reports/information showing that significant human rights abuses, including extrajudicial killings, have been committed by members of the security forces, by and on behalf” of the Philippine government, and that the Philippine National Police (PNP) was “largely ineffective” in cleansing its ranks.

Chinese Foreign Ministry Spokesperson Zhao Lijian responded by saying that “the content related to China as stipulated in the said US annual human rights report of 2021 misrepresent facts, confuse wrong with right, and are rife with political lies and ideological bias. China deplores and firmly opposes it.”

On Wednesday (12 April, 2022), Indian Foreign Minister Subrahmanyam Jaishankar said that India also takes a view on other people’s human rights situation, including that of the US. He added that India constantly raises such matters concerning the Indian community in the US.

“There is a rise in hate crimes against the Indian community in the US, and it increased by 200 percent in recent years”. Just last Tuesday (12 April 2022), two Sikh men were attacked in the New York borough of Queens, and a few days back, another Sikh man was assaulted in the same neighbourhood.

The Philippines Secretary of the Department of National Defense (DND), Delfin Lorenzana, challenged and questioned the baseless accusations of the US.

“We question the US State Department’s report of abuses by security forces. We challenge it to provide us with details so our Commission on Human Rights, a constitutional and independent body, can verify them, and if proven accurate, the perpetrators will be punished. Absent these data, the accusations are nothing but innuendos and witch hunt. At worst, the State Department has become a gullible victim of black propaganda. And if I may add, the AFP (Armed Forces of the Philippines was voted as one of the most trusted agencies of the government recently. Surely it did not earn this by abusing, torturing, and killing people,” Lorenzana said.

On Saturday (16 April, 2022), Malacañang slammed the “baseless” report of the US State Department on the current human rights situation in the Philippines, calling them “old and recycled” issues hurled at President Rodrigo Duterte’s administration.

Unimaginably, the US is like a loose cannon with its double standards and hypocrisy in lecturing and pillorying other countries’ human rights shortcomings as if it has the moral and ethical superiority on this matter. It is as if the US is the world’s human rights judge and role model.

Truth be told, the US hardly befits a nation that is a role model of human rights to be emulated by other countries. Relative to its size and power, the US, at the moment, is one, if not the most brazen and impertinent guilty party or delinquent in the international human rights community.

Nevertheless, it is unashamed to castigate other countries across the world for their human rights deficiencies as if it has the moral ascendancy and credibility to do so, given that the US does not practice what it preaches more often than not.

To note, the US is the only major world power that has failed to fully ratify or adhere to any of the significant human rights instruments introduced by the United Nations (UN) or other human rights bodies.

The US and Somalia are the only countries that have not ratified the Convention on the Rights of the Child (CRC). Also, the US has not ratified the first Optional Protocol of the International Covenant on Civil and Political Rights.

Likewise, the US did not sign the United Nations Convention on the Law of the Sea (UNCLOS). It is not a state party to the Rome Statute of the International Criminal Court (Rome Statute), which founded the International Criminal Court (ICC) in 2022 as a permanent international criminal court to bring to justice perpetrators of the worst crimes such as war crimes, crimes against humanity, and genocide when national courts are unable or unwilling to adjudicate these crimes.

While the US is hasty to denounce and rebuke human rights violations beyond its borders, its human rights record is definitely far from ideal and in some cases, beyond belief.

For instance, the case of 25-year-old Patrick Lyoya who was shot in the head. The incident happened on 4 April in Michigan. Patrick was originally from the Democratic Republic of Congo. He was shot in the head while pinned down on the ground facing away from the police officer. The white police officer did not shoot the “black” man in self-defense.

There are similar cases of police brutality against men and women of colour in the US. The likes of George Floyd, Michael Brown, Breonna Taylor, and Jacob Blake were all killed although they were unarmed and defenseless at the time.

Undoubtedly, America is the country with the highest number of cases of police brutality.

US gun violence-related crimes/incidents have also risen in recent years. In 2022 alone, America witnessed 21,000 people killed or injured due to gun violence, of which more than 14,000 were minor shootings while more than 130 were mass shootings. In 2021, there were 693 mass shootings, which is 10.1 percent higher than in 2020. More than 44,000 people were killed in gun violence.

Furthermore, the atrocities against African Americans and Native Americans who are subjected to police abuse, including non-lethal force, arbitrary arrests, detentions, and harassment, at higher levels than Whites are on the rise daily.

Also, thousands of people of Asian descent have reported attacks and racial discrimination after the outbreak of the COVID-19 pandemic, another human rights-related violation on the rise in America. Not necessarily a new occurrence, racial discrimination and atrocities in the US are taking a heavy levy on Asian-Americans since the start of the coronavirus pandemic.

Moreover, in 2021, the US detained more than 1.7 million migrants at its southern border, including 45,000 children. Violent law enforcement claimed 557 lives, the highest number since 1998, which more than doubled the previous year. Also, the number of homeless Americans in the US is shocking. In San Francisco alone, as per a report in the New York Times on 19 December, 2021, one in every 100 residents was homeless.

Externally, the war waged by America in countries like Afghanistan, Iraq, and Syria alone have already caused more than 20 million people to become either refugees or migrants.

During the US withdrawal of its troops from Afghanistan, a US drone killed 10 members of an Afghan family, including seven children, among which the youngest was only two years old. Also, to date, the US still holds 39 detainees at the Guantanamo high-security prison.

Hence, given all these, it is imperative to ask if the US, a title-holder in pointing fingers at the human rights shortcomings of other countries, will take responsibility and address its dismal human rights record within its borders and beyond?

Indeed, “righteous indignation should be reserved for the truly righteous.” But America is far from being righteous given its blatant dismal human rights record within its borders and beyond.

America lecturing the world on human rights is a farce, for it doesn’t have the moral ascendancy and integrity given its gloomy human rights record.

Instead of schooling other countries on their human rights shortcomings, the US probably needs some self-introspection and should first address its human rights situation.

Consequently, the US is in no position to criticize the Philippines for its human rights shortcomings, if there are any. When it comes to this matter, Filipinos are by far the best judge on the country’s human rights situation. The Asean Post

Anna Rosario Malindog-Uy is Professor of Political Science, International Relations, Development Studies, European Studies, SEA and China Studies. She has worked with the Asian Development Bank (ADB) and other local and international NGOs as a consultant. She is President of Techperformance Corp, an IT-based company in the Philippines.