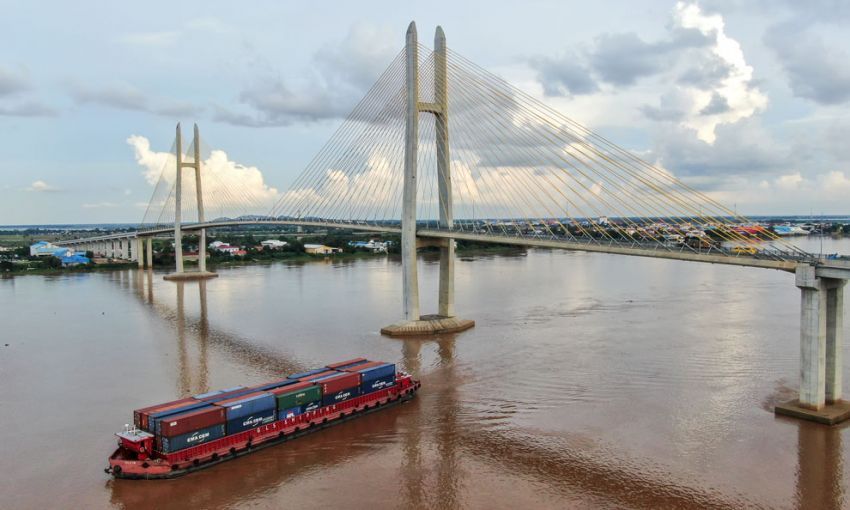 The Kingdom’s trade volume reached more than $13 billion in the first quarter of this year, an increase of more than nine per cent compared to the same period last year. The Kingdom’s exports also increased by more than 25 per cent.

According to the General Department of Customs and Excise (GDCE) under the Ministry of Economy and Finance, Cambodia’s trade volume in the first three months hit $13.1 billion, an increase of 9.1 per cent over the same period in 2021, when $12 billion was recorded.

The Kingdom’s trade deficit in the first quarter was $1.7 billion.

Hong Vanak, director of International Economics at the Royal Academy of Cambodia, said the Kingdom’s effective Covid-19 control, high vaccination rate, and favourable political situation were the main factors behind the gradual increase in agricultural exports. This was also driven by Cambodia’s free trade agreements (FTA) with other countries.

“The increase in trade volume reflects the fact that Cambodia is playing an important role in world production chain,” he said.

Nevertheless, he said Cambodia needs to do more on market diversification for its products to increase export volume and to address the deficit.

“To reduce imports, Cambodia needs to reap the benefits and make the most of its potential raw materials. Using local raw material will help Cambodia gain more added value,” he said.

Cambodia Chamber of Commerce (CCC) vice-president Lim Heng said the Kingdom’s investment law, the effectiveness of FTAs with other countries, strong productivity, fair-wage labour, and advantage from some crisis-hit countries like Myanmar have enabled Cambodia to attract more investors and purchase orders from international markets.

He projected that the trade volume, and its exports in particular, will grow bigger.

“I am optimistic that Cambodia’s trade with other countries around the world will expand as the country now has many more types of products for export,” he said.