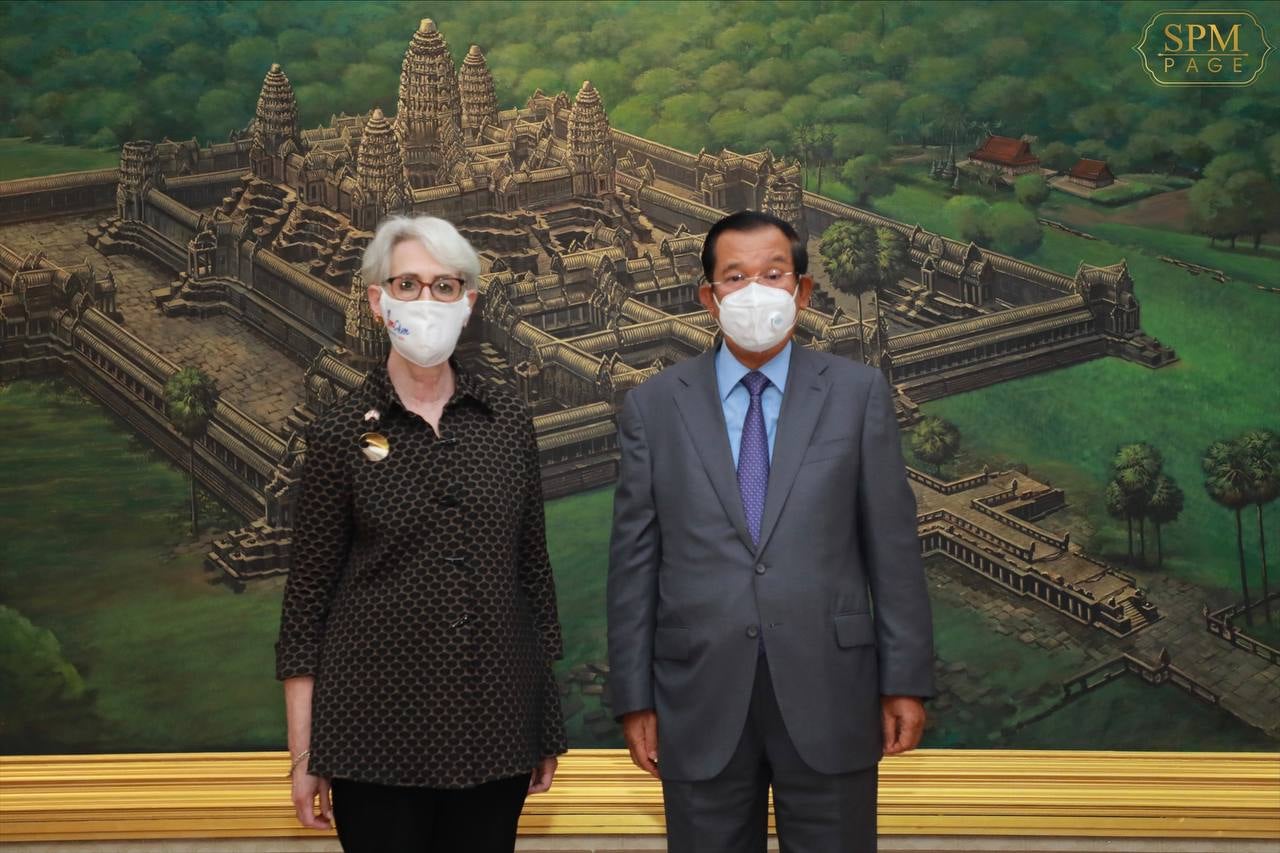 Cambodia and the US are expected to see bilateral trade on a course of growth, with the two countries engaging in a high amount of trade exchange.

Key insiders and officials say that there is room to boost trade relations between the two nations.

The observation was made as the US Deputy Secretary of State, Wendy R. Sherman, arrived in Cambodia for an official visit.

Figures from the Minister of Commerce state Cambodian exports to the US as reaching $1.90 billion in the first four months of 2021, a 29 percent increase over the same period last year.

Cambodia imported some $93 million of goods from the US Jan-April, with two-way trade reaching nearly $2 billion for the period, a 28 percent increase year-onyear..

Ministry of Commerce under-secretary of state, Penn Sovicheat, said yesterday that the last year has seen the two countries enjoy a growth in trade.

“Exports to the US have continued to increase year-to-year,” he said, adding that the Cambodian goods showing an increase in exports consist of clothes, travel goods, footwear and other materials.

“Despite the pandemic, trade relations have maintained a good status. The US considers Cambodia as one of its sources for imports and many US firms have increased their orders from Cambodia,” said Sovicheat.

Lim Heng, vice-president of the Cambodia Chamber of Commerce, saw the visit of the US deputy secretary of state to Cambodia as a push toward more bilateral trade and other cooperation.

“The visit of the deputy secretary of state today [Tuesday] reflects the close relation between the two countries. For the trade sector, the visit will boost further cooperation in commerce,” Heng said.

Cambodia exported $4.428 billion of products in the first quarter of this year, according to a report from the General Department of Customs and Excise.

Among the Kingdom’s export markets, the US comes first, followed by China, the EU, ASEAN and Japan.