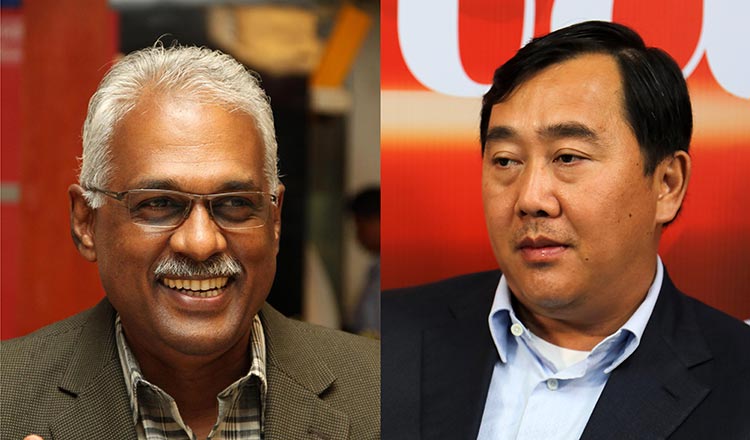 The National Assembly yesterday lashed out at the ASEAN Parliamentarians for Human Rights chair over his criticism of Prime Minister Hun Sen’s recent visit to Myanmar.

Their reaction came as Charles Santiago, the current chair of APHR and Member of Parliament from an opposition party in Malaysia reportedly said that Mr Hun Sen’s trip to Myanmar risked destroying Asean’s five-point consensus.

“Without a doubt, only an evil-minded person and his/her clique would under the pretext of human rights dare to turn their blind eyes to the goodwill and deliberate efforts of Prime Minister Hun Sen to foster an environment for peace, reconciliation and unity as well to protect the life of the people in Myanmar, a country currently in deep crisis and prone to protracted civil wars and intensified human security, a tragedy for humanity in the 21st Century,” it said.

It said that Mr Hun Sen’s visit was aimed at solving the Myanmar crisis and harmony for the whole Asean region.

The statement said that Santiago has often seen to have associated himself with a handful of extremist political activists, war-monger politicians or outlaws.

It said that his provocation of criticisms and sentiments against Mr Hun Sen’s visit was anti-peace and uncivilised because of his being brainwashed or his intellectual deficiency to even comprehend common sense.

Santiago should reeducate himself and accepted Mr Hun Sen’s fruitful visit, the statement said, adding that the Premier’s visit was conducive to a ceasefire being implemented till the end of this year, opening the door to humanitarian assistance and a pledge of full support for coordination and facilitation for the ASEAN Special Envoy to Myanmar and the inclusion of all parties concerned in the peace process.

It added that Santiago and his clique should accept that Mr Hun Sen’s visit manifests his personal devotion to peacebuilding for Myanmar as well as for the welfare and human rights of the people of Myanmar.