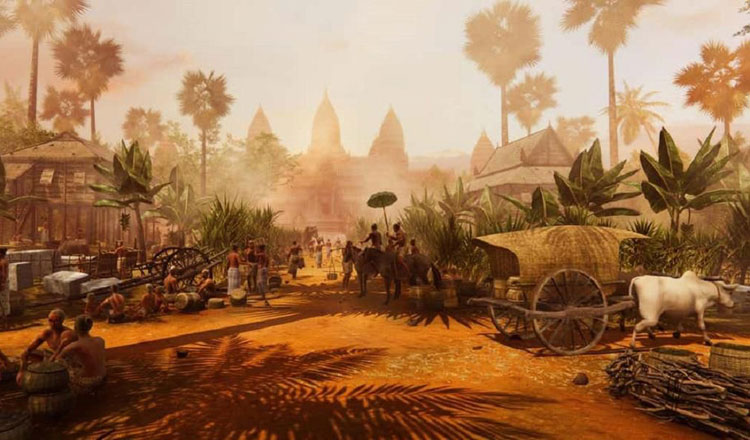 New population estimates published last month for the Greater Angkor region, which thrived from the 9th to 15th centuries, have considerable implications, according to the University of Sydney’s Professor Roland Fletcher.

Fletcher, a director of the Angkor Research Programme, a collaboration with Cambodia’s Authority for the Protection of the Site and Management of the Region of Angkor, is also the co-author of the findings of a study published in the ‘Science Advances’ journal that provides the new estimate, a first for the entire 3,000-square-kilometre mix of urban and rural landscape that comprised the low-density urban centre that was the Greater Angkor Region, more romantically known as Angkor.

Understanding the population make-up is important for understanding modern urban centres, and the effect of climate on the demise of such centres, he argues.

“The previous estimate of the Greater Angkor Project team for the population of the 1000 square kilometre urban complex of Greater Angkor was up to 750,000 people,” Fletcher told Khmer Times.

“The new estimate is for the circa-3000 square kilometre Greater Angkor Region, and has a maximum of about 900,000 people.”

The new population study shows that Angkor, with its population spread out across a wide area, was consistent with low-density cities of today, with Angkor having a ceremonial city centre, a metropolis extending outward like modern suburbia, and embankments incorporating agricultural areas.

“We predominantly are living in giant low-density cities around the world that are similar to Angkor, which displayed serious vulnerability to severe climate change,” Fletcher said in a press release.

“We really need to know the mechanics of how Angkor worked and what people were doing to get some idea of how referable those experiences are to the risks that we face in our future.”

“The demise of Angkor as a major urban complex occurred during a period of severe climate instability ranging from the 14th to the 15th century”, Fletcher said.

“What is serious about the demise of Angkor is that it indicates that climate instability has serious adverse impact on key infrastructure – in Angkor’s case its vast and brilliantly designed water management system.

“This kind of climate instability had a similar impact on the great low-density Maya cities of Mesoamerica in the 9th century when global planetary temperatures increased.

“The low-density cities of the Classic Maya period and the urban complex of the Angkorian period in Cambodia both suggest that severe climate change has a very adverse effect on low density urbanism.

“That has some implications for our present day giant low-density cities like Greater Shanghai, the East Coast Megalopolis and the Randstat-Ruhr in Europe.” Khmer Times