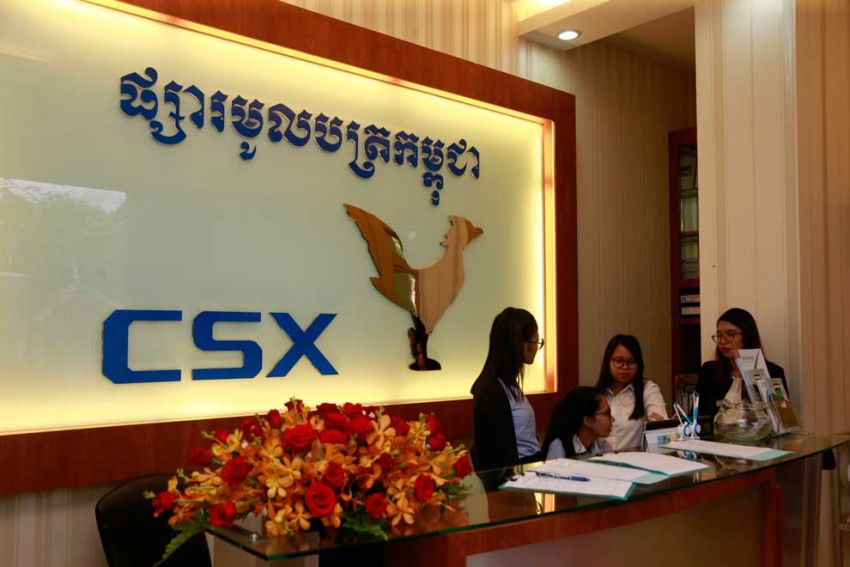 Three Cambodia-listed firms reported solid business performance for the third quarter of this year in their interim financial statements filed to the Cambodia Securities Exchange (CSX) despite the ongoing Covid-19 pandemic and its macroeconomic fallout.

CSX vice-chairman Ha Jong-weon told The Post on Monday that ABC is in a transitional phase between physical and digital banking in its efforts to simplify operations and providing a seamless user experience.

This, he said, helped buoy growth in loan volume in the third quarter, while PWSA’s reported surge in revenue was propped up by increased water consumption – its main source of income – and construction service fees.

“Obviously in Cambodia, we can see that the [Covid-19] situation had been improving for two to three months up to the end of the Water Festival, while the number of infections in other countries kept increasing.

“It is important to keep the economy going smoothly and it is crucial to control the outbreak of the pandemic. Thus, together we can fight and overcome this dire disease by following the instructions of the Ministry of Health of Cambodia,” Ha said.

Voeun chalked up the encouraging statistics to the heightened caution exercised by his institution in the face of Covid-19.

“LOLC has been focusing 2020 on technology-oriented delivery channels which will improve customer services and increase efficiency,” he said, adding that LOLC will launch its Internet Banking service to its clients in the fourth quarter.

Meanwhile, stock-listed Malaysian-owned power provider Pestech (Cambodia) Plc (PEPC) said: “Revenue for the three-month financial period under review [the first quarter of next year] recorded at 74.45 billion riel, representing an increase of 31.74 billion riel or 74 per cent as compared to 42.71 billion for the preceding-year corresponding quarter.

“The increase was mainly derived from phases of execution of existing contracts,” it added.

According to PEPC’s filing to the CSX, its CEO Han Fatt Juan said the firm had been working on its maiden 20MW large-scale photovoltaic solar farm in Svay Rieng province’s eastern Bavet town on the border with Vietnam during the quarter, finalising the design and engineering aspects of the project.

He said a team is set to conduct evaluation for material purchasing and site preparation, including preliminary civil work, in the fourth quarter of this year.

“In the meantime, another group of our crew was busy executing the substation project for Okvau Gold Mine in Mondulkiri province. We expect this project to move at a swift pace and aim for a completion by April 2021,” he was quoted in the filing as saying.

He also pointed out that the transmission-line team was also “engrossed” in the early phase of a 130km transmission line project.