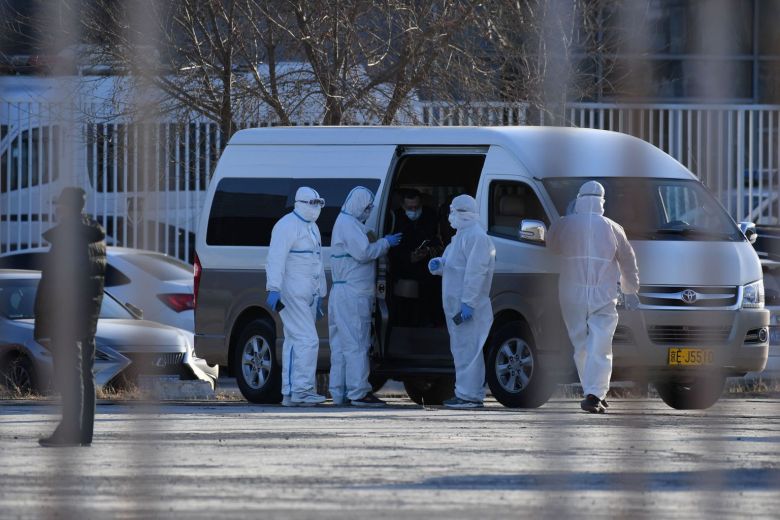 The number of new coronavirus cases imported into mainland China from overseas surpassed the number of locally transmitted new infections for the first time on Friday (March 13), data released by the National Health Commission showed on Saturday.

Mainland China had 11 new confirmed cases on Friday, up from eight cases a day earlier, but only four of those – all in the virus epicentre of Hubei province – were locally transmitted.

The other seven – including four in the financial hub of Shanghai, one in the capital Beijing and two in the northwestern province of Gansu – were all detected in travellers coming into China from overseas, specifically Italy, the United States and Saudi Arabia, according to local authorities.

The numbers underscore how China, where the outbreak began in December, appears to now face a greater threat of new infections from outside its borders as it continues to slow the spread of the virus domestically.

A total of 95 cases have entered mainland China from overseas, the commission said.

Hubei has now seen new infections fall for nine straight days. All four of the new cases on Friday, down from five a day earlier, were in provincial capital Wuhan.

The death toll from the outbreak in mainland China had reached 3,189 as of the end of Friday, up by 13 from the previous day. All of the latest deaths were in Hubei and 10 of them were in Wuhan.

To date, the flu-like virus has infected 80,824 people in mainland China, the commission said.

Globally, more than 138,000 people have been infected and over 5,000 have died, according to a Reuters tally of government announcements.

As China’s imported cases rise, the city of Tangshan, a steel-making hub in northern China’s Hebei province, warned people entering the city – whether Chinese or overseas nationals – against trying to conceal their travel history.  People who do so will have to bear all treatment costs if they are later found to have contracted coronavirus, the Tangshan city government said in a statement.

Of the newly imported Shanghai cases, three were Chinese people who worked in Italy and flew to Shanghai via Moscow, according to the city’s municipal health commission, while the fourth was an Italian who flew in from Italy via Paris.

Italy, the first European Union member state to suspend flights to China in the wake of the outbreak, is the worst affected country in Europe, reporting a total 17,660 cases by Friday.

It also has a much higher fatality rate than most other countries, with 7 per cent of those testing positive for the virus dying.

Chinese President Xi Jinping spoke to his Italian counterpart Sergio Mattarella over the phone to offer his “sincere condolences” to the Italian people over the crisis, CCTV reported on Saturday.  Xi also held phone calls with the presidents of two other severely hit countries, Iran and South Korea, again expressing condolences, the state broadcaster said.

Credited to: The Straits Times