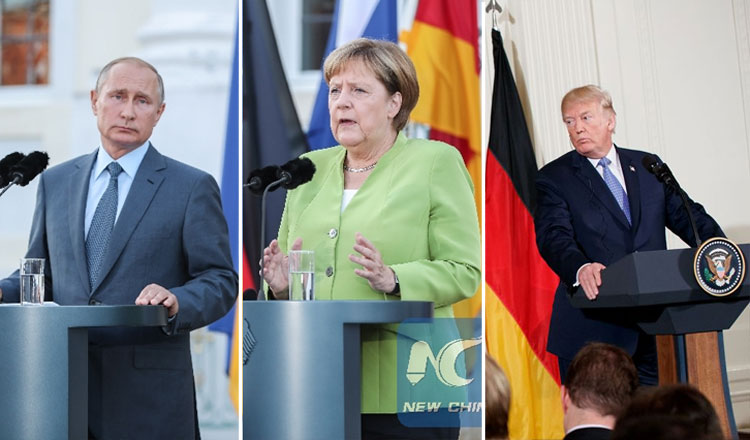 How can the United States have no compunction about imposing sanctions on companies building a Russian gas pipeline to Germany? Those countries that will benefit from this gas pipeline are allies of the US and the pipeline known as Nord Stream 2 is being built merely out of economic concerns.

The legislation, which the US leader signed into effect on Friday, provides for sanctions against individuals and companies involved with the vessels laying the Nord Stream 2 pipeline under the Baltic Sea from Russia to Germany.

Although imposing sanctions against companies participating in the building of the nearly $11 billion pipeline will not stop it becoming a reality, because it is near completion, they do serve to expose how presumptuous and unreasonable the US can be.

The US lawmakers are worried that the pipeline, which would likely double the delivery of Russian natural gas to Germany, would give Russia dangerous leverage over the US’ European allies and make it even more uneconomical for European allies to purchase liquefied natural gas from the US.

While such concerns may be understandable, they do not constitute a legal foundation for the US to interfere in a normal business deal.

There is no problem for US natural gas suppliers to compete with its Russian counterparts for a share of the European market and elsewhere in the rest of the world.

But its European allies as sovereign states can decide on their own from which countries they purchase the energy they need – and they are obviously going to purchase natural gas from Russia rather than from the US because of the cost savings.

There is no international law or any legal documents between the US and its European allies requiring that a European country as an ally of the US must have permission from the latter before they reach a deal with any third country for the supply of natural gas.

But for US lawmakers, the dominant status of the US as the sole superpower can never be challenged, which is the sole benchmark for them to decide whether to wield the weapon of sanctions.

In other words, the US resorts to extraterritorial sanctions as they reflect the way US lawmakers and the US administration look at the world and the principle by which they believe the world should be governed.

Yet the more the US tries to ride roughshod over other countries, the more isolated it will become from the rest of the world. The US hegemony will prove to be its own undoing. GLOBAL TIMES