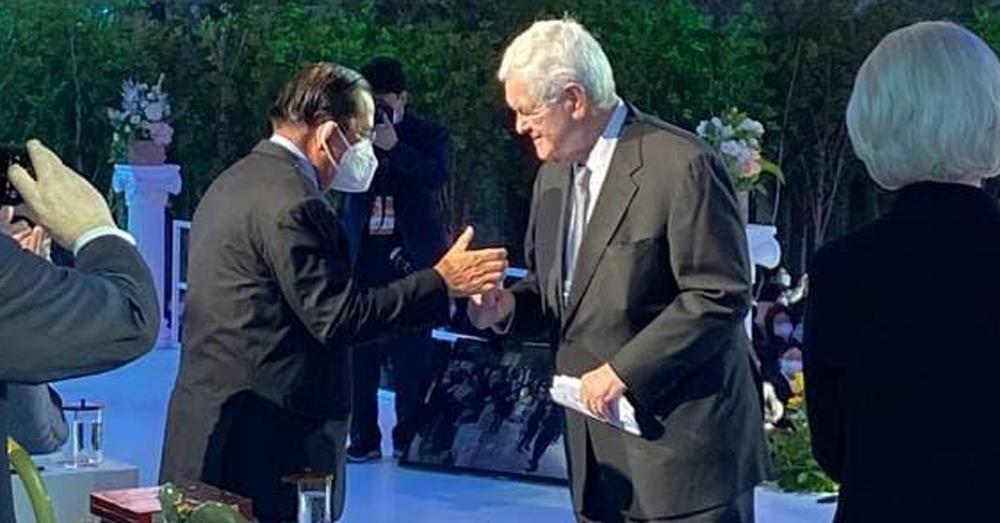 Former Speaker of the 50th US House of Representatives Newton Leroy Gingrich said at the 5th Sun Hak Peace Awards Ceremony on the morning of February 12, that Hun Sen led his country out of the terrible civil war.

Gingrich said: “If you watch today’s presentations and talks, we can all learn a lesson to create a better future, to recognize that we are one family under one God. Peace, prosperity, security and freedom are possible and I want to say that Prime Minister Hun Sen is very proud because I know what he has to go through as a young man and how he keeps trying even when he seems “Desperate.”

“The Sun Hak Peace Prize is the foundation of the future of peace, prosperity, security and freedom,” he said. I would like to conclude by reminding you all of Dr. Hak Ja Han Moon’s 365-day-a-year vision and commitment which motivates us to move forward and create opportunities to bring the human race together. ”

On Saturday, February 12, Prime Minister Hun Sen received the Special Peace Achievement Award of the Founders of the Global Peace Organization and delivered a speech at the “Sun Hak Peace Year” Award Ceremony, 2022 ”which was held at the Global Art Center in Seoul, South Korea. Khmer Times