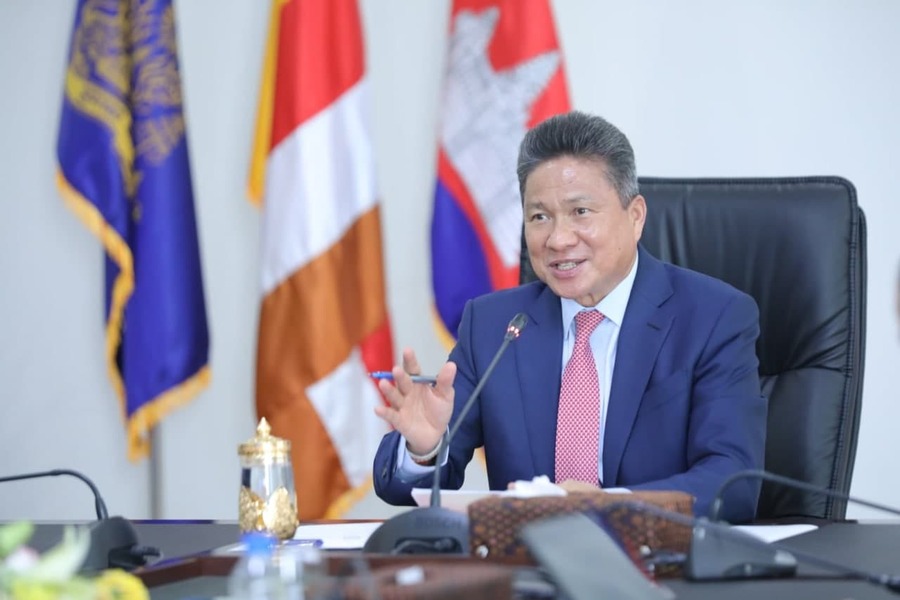 Cambodia and China have agreed to boost transport development cooperation. The Kingdom has sought assistance from China in human resources development of infrastructure skills.

The agreement was made during a virtual meeting held yesterday between the Senior Minister and Minister of Public Works and Transport Sun Chanthol and his Chinese counterpart Li Xiaopeng.

Chanthol briefed his counterpart on the progress of the $2 billion expressway connecting Phnom Penh and Sihanoukville. The road is currently 55 percent built and is scheduled for an early completion in September 2022, ahead of the original deadline slated for 2023.

The minister’s Facebook page said that he asked for support and assistance from the Chinese side to provide professors and technical experts in line with a memorandum of understanding between China and Cambodia to teach engineering on infrastructure development.

Chanthol also invited his counterpart to physically attend the ASEAN Transport Minister meeting Cambodia will host in November this year as well as to review progress on the Phnom Penh-Sihanoukvile Expressway’s construction. The expressway is being built by the China Road and Bridge Corp.

Institutes and universities in China have expressed their desire to cooperate with the newly launched Samdech Techo Institute on Public Works and Transport in order to enhance the capacity of Cambodian infrastructure engineers in Cambodia, said Li Xiaopeng.

Regarding the building of a bridge crossing the Mekong River that will connect Kratie and Kampong Thom provinces, Chanthol said it will be funded by a concessional loan from China. The Chinese government has also agreed to help construct the road section from Stung Treng province to the border with Laos, classifying it as ASEAN highway number 11, Chanthol said.