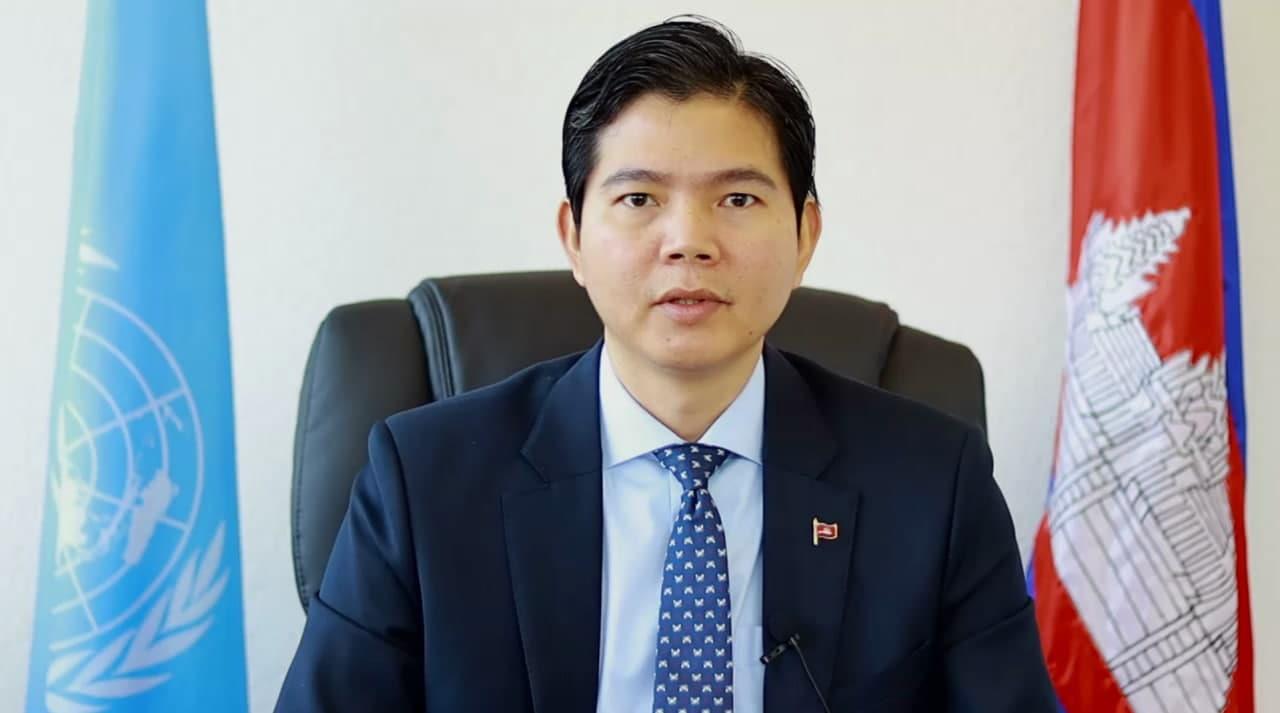 The Permanent Mission of Cambodia to the United Nations Office in Geneva has rapped the UN Special Rapporteur over her condemnation of environmental activists’ conviction in Cambodia, calling her comments “fallacious and misleading”.

The reaction was made after Mary Lawlor, the Special Rapporteur on the situation of human rights defenders, on Friday issued a statement to condemn a decision by a Cambodian court to sentence three environmental human rights defenders to an 18-month jail term each. She also urged the government to release them “immediately and unconditionally”.

The Phnom Penh Municipal Court on Wednesday convicted and sentenced three youth activists of the banned NGO Mother Nature Cambodia (MNC) to 18 months in prison each and ordered them to pay $1,000 each as a fine for incitement.

The court also convicted in absentia the group’s founder Spanish national Alejandro Gonzalez-Davidson and a Young Khmer Thavark Movement member Chea Kunthin to 20 months in prison each and also fined two of them $1,000 each.

On Saturday, Cambodia’s Permanent Mission felt Lawlor’s comments were “fallacious and misleading”, saying the Kingdom cherishes all duly registered NGOs operating within the boundaries of law.

“Regretfully, Professor Lawlor seems to advocate the work of an unlawful organisation disguised under the environment badge. Despite the self-dissolution by its founder in 2017, the de facto leader continues exploiting this movement,” the mission said, in reference to Gonzalez-Davidson.

“Recently, he confessed publicly that his agenda is ‘more than environment’ and that ‘all means’ must be used to change the leadership of the state. The self-proclaimed rights defenders are not entitled to break the law with impunity. Crime is a crime, and it cannot be justified for other aspirations,” the mission added.

Lawlor said the three, who were sentenced by the court on charges of incitement to create social chaos, had been in pre-trial detention for eight months before the conviction.

“The decision of the Cambodian court sentencing the three human rights defenders to prison terms is disgraceful and only reinforces the government’s enduring policy to diminish civic space and dissenting voices,” she said.

David Boyd, Special Rapporteur on human rights and the environment, also emphasised that the court decision is “extremely worrying” as states have the obligation to provide a safe and enabling environment in which environmental human rights defenders can operate “free from threats, harassment, intimidation, criminalisation, and violence”.

Lawlor expressed serious concerns about the “lack of factual evidence” underpinning the charges, saying the human rights defenders were convicted based on a number of Facebook posts on environmental matters and video clips which showed them raising human rights and environmental awareness in a factual and peaceful manner.

“While the three human rights defenders may still file an appeal, I urge the Cambodian government to immediately and unconditionally release them. No one should be criminalised for undertaking legitimate human rights work,” Lawlor said. “As highlighted in my last statement in November, I call on the United Nations system in Cambodia to support all human rights defenders who are exposed to risk.”

However, Cambodia’s Permanent Mission noted that Lawlor has never stressed that the exercise of freedom of expression, association and peaceful assembly carries with it special duties, responsibilities and limitations, as stipulated in the International Covenant on Civil and Political Rights.

“Such a failure emboldens those who break the law, spread fake news, and incite violence and social division, all of which potentially plunge Cambodia into chaos,” it said. “Cambodian courts rule a case on the basis of due process and concrete evidence, not hearsay. The fact that defence lawyers, foreign diplomatic corps and civil society organisations were physically present in the courtroom attests to participatory and transparent judicial proceedings. There is no shortage of examples that pro-ruling party individuals if abusing the law, have been penalised.”

The Mission also considers Lawlor’s remark on the Cambodian court as an “interfering national judicial system” of a sovereign state and the demand for the government to “arbitrarily release” anyone is tantamount to an attack on the power separation and independence of the judiciary, guaranteed under the Constitution.

It said that Cambodia reaffirms the government’s steadfast commitment to continuing to ensure the exercise of all rights and freedoms guaranteed under the Constitution and within the rule of law for the best interests of all law-abiding citizens, not any particular group.

“It is incumbent upon the Special Rapporteur to strictly adhere to the ‘Code of Conduct’ and ‘Manual of Operations of the Special Procedure Mandate Holders’, which underline the importance of establishing facts duly cross-checked and observing national legislations and the UN Charter,” the Mission added. “Only such cautious and due diligence to the said protocols will enable states in general and Cambodia in particular to maintain the trust and cooperation with this mechanism.”

The court presiding judge Le Sokha on Wednesday convicted and sentenced Long Kunthea, 22; Phuon Keoraksmey, 20, and Thon Ratha, 29, the activists working with the MNC to 18 months in prison over a planned march to Prime Minister Hun Sen’s residence last year to raise awareness about the alleged destruction of Boeng Tamouk lake, one of the city’s last remaining lakes and other activism.

They were charged with “incitement to commit a felony or to disturb social security” under Articles 494 and 495 of the Criminal Code and were arrested in September last year in Phnom Penh.

The conviction of the activists draws attention from some foreign embassies in Phnom Penh, including the US, the UK and Australia.

“We are deeply concerned by prison sentences handed to peaceful Mother Nature activists. Speaking up to protect #Cambodia’s environment, threatened by illegal logging & exploitation, is admirable. We urge their release so all can hear their message on protecting natural resources,” US Ambassador to Cambodia Patrick Murphy said on his Twitter on Wednesday.

But Chin Malin, a spokesman at the Ministry of Justice said yesterday that it is common for those diplomats to express concern about the cases of those activists who have been protected and supported in the past according to their respective political tendencies and agendas.

But if they do not care, then it is unusual. However, expressing concern and criticising the trial of these activists is only a political message, it has no legal weight and no effect on the court’s decision,” Malin said.

“The only legal way to assist and protect these activists is to participate in court proceedings, conduct legal defence, and present strong testimony and evidence to exculpate the charge rather than act as a defence attorney outside the court,” he added. Khmer Times