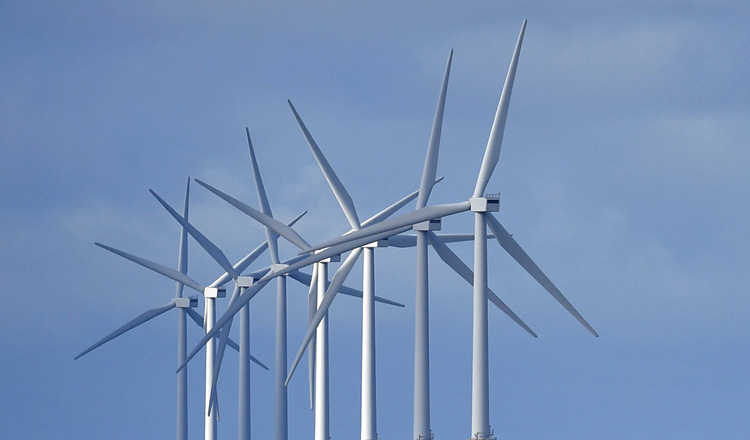 A wind turbine energy project with a capacity of 100 megawatts (mW) is undergoing a feasibility study in Mondulkiri province.

The project is owned by Xinglan Maritime Energy Co Ltd, which is a joint venture between local firm Maritime Group and Chinese firm Xinglan Group.

The firm said it obtained a permission document from the Ministry of Mines and Energy in May 2019 for conducting the study on the project. It said it has installed a measurement tower that carries meteorological instruments such as thermometers and instruments to measure wind speed in Senmonorom city and O’raing district, in Mondulkiri.

To generate 100mW of power from wind turbine energy, the firm said it needs $200 million investment, to install 40 wind turbine towers capable of generating 2.5 mW each. “In principle, the company will take 18 months to two years to install wind turbines, build power storage and distribution stations and infrastructure to connect electricity from stations to other substations in Mondulkiri province,” the firm said.

Cambodia generates power from renewable energy including hydropower dams and solar. Kampot province now has an active project on wind energy owned by Singapore-based The Blue Circle. The project has 80mW of capacity and the firm said it has now been in talks with the government on the power price sold from it to the state-run utility unit. Khmer Times