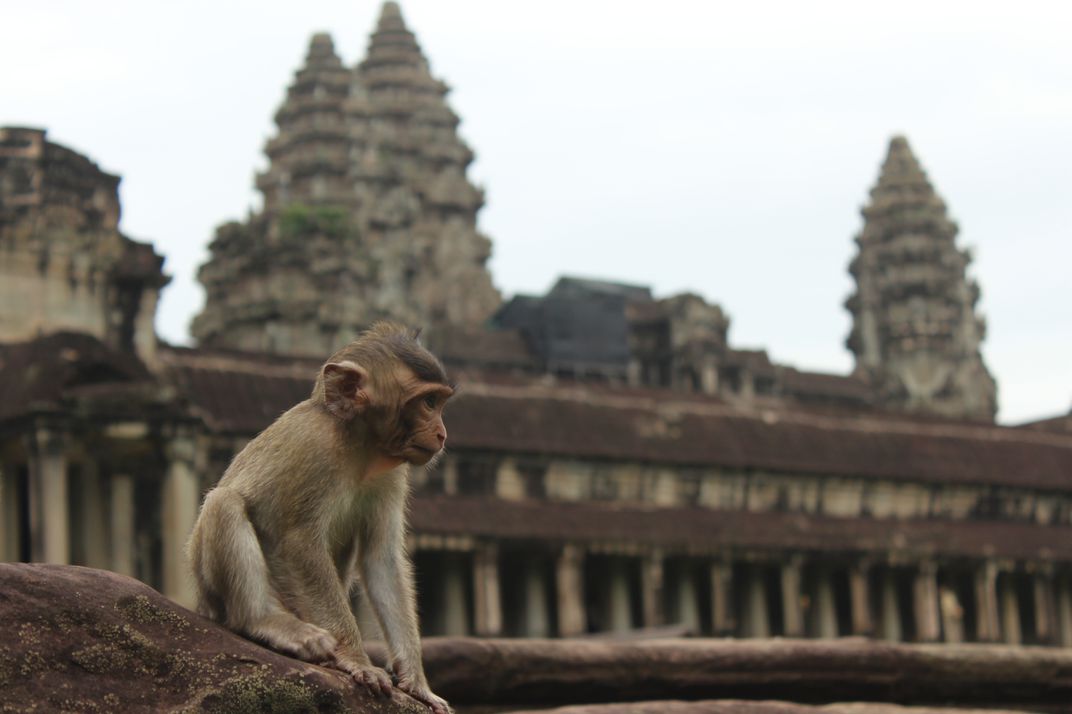 Apsara Authority has a wildlife conservation programme in the Angkor forest area to help many species of animals live naturally without human interaction.

Preparation includes keeping the animals in a familiar habitat where human intervention is limited to arranging food in such a way that the animals must find it and not become dependent on people.

“Our approach is that we do not let those wild animals get familiar with humans, not even monkeys,” Kosal said. “As wild animals, they will be able to find food in the forest and have many kinds of wild fruits to eat.”

Kosal said the monkeys have evolved from wild animals to pets, but they can still pose a risk to humans and tourists.

In addition to the recent removal of 16 ferocious monkeys, the Apsara Authority continues to keep hundreds of other monkeys living in the Bayon temple area without any plans to remove them, he said.

He added that all 16 monkeys have been living in good conditions and are isolated at the Phnom Tamao Wildlife Rescue Centre where they will be rehabilitated before being released into the wild.

Wildlife Alliance official Nick Marx said that its Wildlife Rapid Rescue Team (WRRT) has partnered with Apsara Authority and the Forestry Administration to release wildlife in the Angkor area.

“We have released three vultures and now they have given birth to three, so we have six vultures, while the otter family has just given birth to two more in the Angkor forest area,” he said.

“We have also released some other animals, such as the Brahmin monkey, the black monkey, the vulture, great hornbills and the leopard cat to let them live naturally,” said Marx.