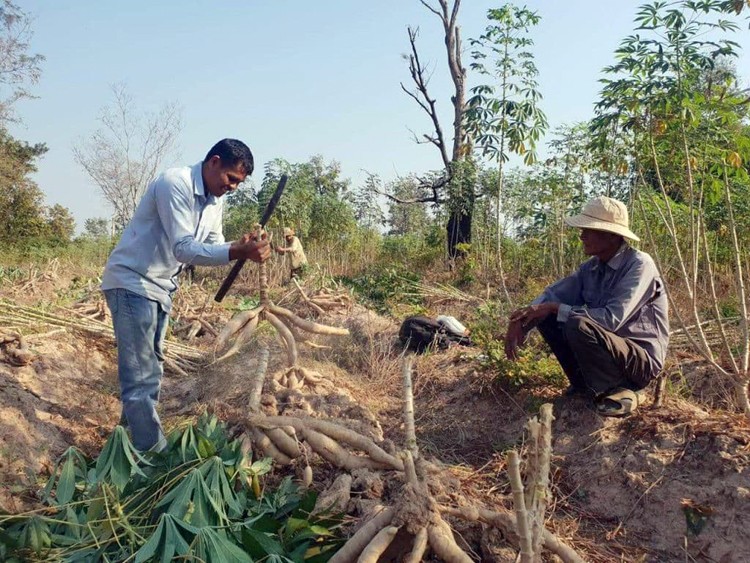 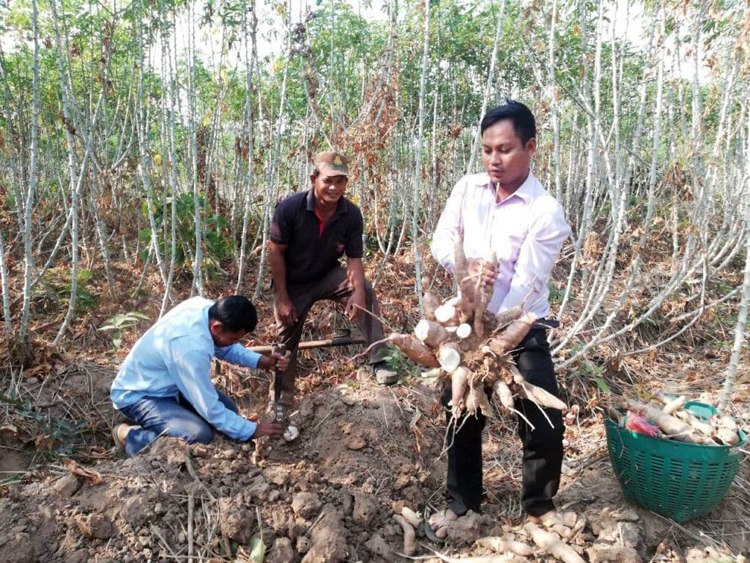 From November this year, the cassava harvest season starts in some provinces while the price of cassava reportedly saw an increase compared to that of last year, as this year’s yield is projected to be lower due to flash floods.

Mr. Say Sophat, Director of Pailin Provincial Agriculture, Forestry and Fisheries Department, said that the commodity’s price during this 2020 harvest season is higher than last year.

This year, Pailin province has about 40,000 hectares of cassava cultivation land.

Cassava is mostly exported to Thailand and Vietnam due to shortage of processing facilities domestically.

The commodity’s price in Battambang province is 280 Riel per kilo and dried cassava 870 Riel per kilo, according to the Provincial Commerce Department, pointing out that 80 percent of total cassava yield is for export to Thailand.

The flood natural disaster inundated parts of Battambang last month, damaging at estimated 40 percent of cassava plantations in the province.

Cambodia exported 1.7 million tonnes of fresh cassava to Vietnam and Thailand as well as 1.2 million tonnes of cassava chips in the first nine months of this year, the Ministry of Agriculture, Forestry and Fisheries reported.

The Kingdom also shipped 12,000 tonnes of cassava starch to India, China, Belgium, the Netherlands, Pakistan, the Czech Republic, Croatia and Italy, in the same period. AKP