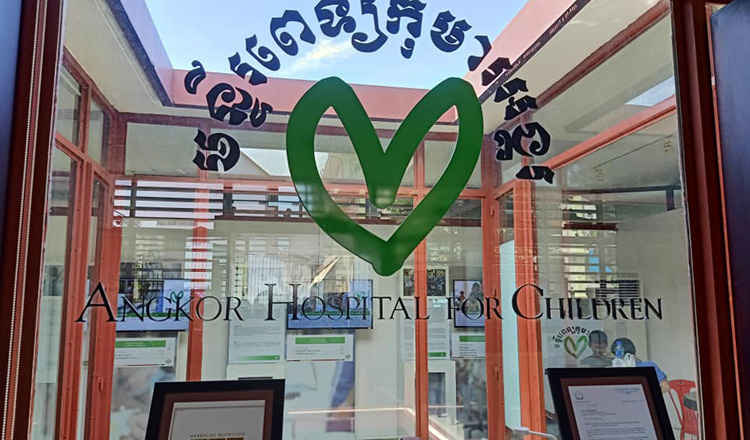 Angkor Hospital for Children or Heart Hospital in Siem Reap is sorely in need of funds. Facebook

Angkor Hospital for Children, a non-profit pediatric teaching and children hospital that provides free and high-quality healthcare in Siem Reap province, is facing financial hardship in the wake of the COVID-19 pandemic.

Sin Ket Arun, the hospital’s director of public relations, said yesterday during the first five months of the year, AHC’s revenue from fundraising has dropped by 70 percent.

“From January to May 2020, fundraising for the Angkor Hospital for Children in Siem Reap province accounted for only about 30 percent of the total budget planned for this year’s operations and 50 percent of the amount raised came from donors.

Founded in 1999, the Angkor Children’s Hospital has provided medical care and health education to millions of children and citizens across Cambodia and operations are funded by its main sponsor Friends Without a Border Organisation along with other local donors.

“However, during the global pandemic, many foreign and domestic donors faced problems and stopped contributing and fundraising drives were cancelled over the fear of virus transmission,” Ms Arun said.

She added although the budget of the hospital has declined drastically, the number of patients, especially children, keeps increasing.

Since 1999, the Angkor Hospital for Children has been providing compassionate care and medical treatment to Cambodian children and each year, it has to spend at least $6 million to facilitate the whole operation of the hospital, according to the Siem Reap Provincial Information Department.

Despite the loss of funding from various programmes and donors, AHC remains committed to carrying out its mission to improve Cambodian children’s welfare by treating them for free. The hospital currently has an online fundraising programme on its official website and welcomes contributions from donors.