Cambodian Gov’t to allow sports activities to resume next month 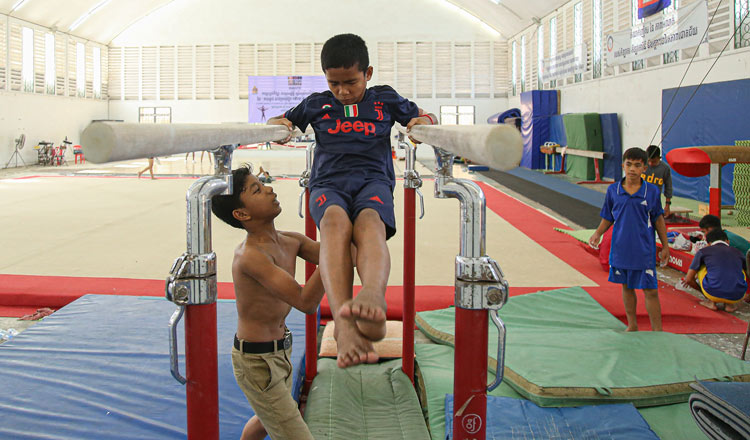 Cambodian Gov’t to allow sports activities to resume next month

Sports will be back soon in Cambodia.

After saying earlier that the sports ban will continue, the Cambodian Government has changed its mind and will now allow sports activities to resume beginning next month.

Last week, the Ministry of Education, Youth and Sports said the ban on all sports activities and closure of stadiums, gyms and related facilities will remain in place for the meantime as Cambodia anticipates a second wave of the coronavirus outbreak.

However, a few days later, another press release, this time from the Ministry of Health, said sports activities will be allowed beginning June 2020 without the presence of fans and on the condition that no more than 100 athletes, coaches, technical officials, and others will be allowed.

The people present during those activities are also expected to maintain proper hygiene and adhere to social distancing and other strict measures intended to prevent the spread of the deadly virus.

Apparently, sports officials here have listened to the clamor from various quarters and took into consideration the fact that the coronavirus pandemic has not spread fast in Cambodia, as originally feared.

Currently, Cambodia has 124 cases of coronavirus infection, which is far lower than that in Thailand, Singapore, and other countries nearby. In the last three weeks, only two new cases have been added to Cambodia’s tally.

The impending lifting of the ban is leading the owners of sports clubs, gyms and other sports facilities to prepare for the next round of activities.

The Cambodian Country Club has announced its annual Summer Sports Camp will resume at the end of May until July 24. During the camp, participants will have the opportunity to try horse riding and play tennis, fencing, badminton, archery, table tennis, gymnastics, and other sports.

The Siem Reap United Stadium has taken it further, with the brand-new stadium in Siem Reap by scheduling a friendly match between the home team and 12 Happy, another football team out of the province. However, they later canceled the match after the first Government announcement came out.

“The Siem Reap United football club has decided to postpone the friendly match against 12 Happy football to a later date,” a post on its Facebook page said.

Sports competitions that were postponed because of the pandemic are also preparing for the resumption of games.

These include the players in the Pinoy Volleyball Sports Club in Cambodia League (PVSCCL). Some of these players joined team practice at the Central Park Sports Complex in Phnom Penh on Saturday.

The lifting of the sports ban will also mean we are a few weeks away from the resumption of the Metfone Cambodian League, Hun Sen Cup, and other football tournaments.

The sports ban was first implemented in the first week of April. Of all sports, only boxing competitions hosted by various television stations were allowed to continue while the ban was in effect.