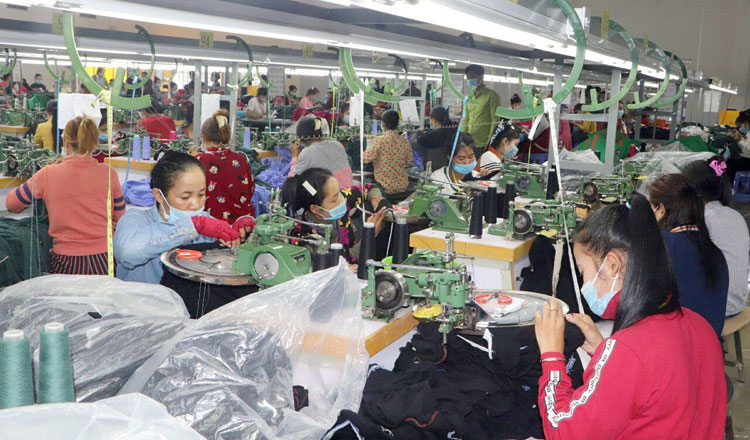 Fashion brands are urging the European Union (EU) to postpone the partial withdrawal of tariff preferences granted to Cambodia under the EU’s Everything but Arms (EBA) trade scheme because of the impact of the COVID-19 pandemic.

The European Branded Clothing Alliance (EBCA) has asked the EU to delay the move which it agreed in February following a lengthy review into what it described as systematic human rights violations.

Cambodia is due to lose about 20% of the rights it enjoys under the EBA scheme – the equivalent of €1 billion ($1.1 billion) in exports – when zero duties on goods including apparel revert to a standard 12% in August.

The Garment Manufacturers Association in Cambodia says about 60% of its factories have been severely affected by canceled orders because of the COVID-19 pandemic, affecting about half a million workers and their families.

Sierra requested support from the EU “to enhance certainty and allow us to keep on supporting our employees in the EU, as well as the workers in the manufacturing countries”.

He called on the EU to “postpone the withdrawal of the EBA status of Cambodia because of the exceptional circumstances and already severely impacted the global industry.

Sierra said sales in the EU’s branded clothing sector had already dropped by about 90% as a result of disruptions caused by COVID-19.

“Such a sharp decline in sales has an inevitable impact on orders,” Sierra said.

Cambodia’s Ministry of Commerce has appealed to fashion brands which source from the country to honor all pending purchase agreements to mitigate damage on its supply chain infrastructure.

Minister Pan Sorasak cited progress made under the Better Factories Cambodia project – kickstarted alongside the International Labour Organisation (ILO) back in 2001 – as reason enough for stakeholders to shield supply chains amidst the economic uncertainty.

“We are proud of this initiative and will continue to ensure that the labor and social rights of our workers are upheld while we rebuild a sustainable supply chain,” Sorasak said.

“We would like you to abide by your contracts and not to cancel orders that have been placed on goods that have already been produced or are currently in production,” Sorasak continued. “You have contributed to the social development of millions of Cambodians who are depending on these sectors for their livelihood.”

Meanwhile, the Oxfam charity is warning that Cambodian Prime Minister Hun Sen’s announcement that financial support would be reduced for factory workers suspended because of the pandemic would push hundreds of thousands into poverty.

The Prime Minister last week said garment workers would receive just US$70 a month – around 37% of the minimum wage – instead of the 60%, about US$114, he originally promised.

Solinn Lim, Cambodia country director for Oxfam, said: “While Cambodia has been very successful in lifting people out of extreme poverty, this virus could make those that have escaped poverty at risk of falling back into it.” EcoTextile