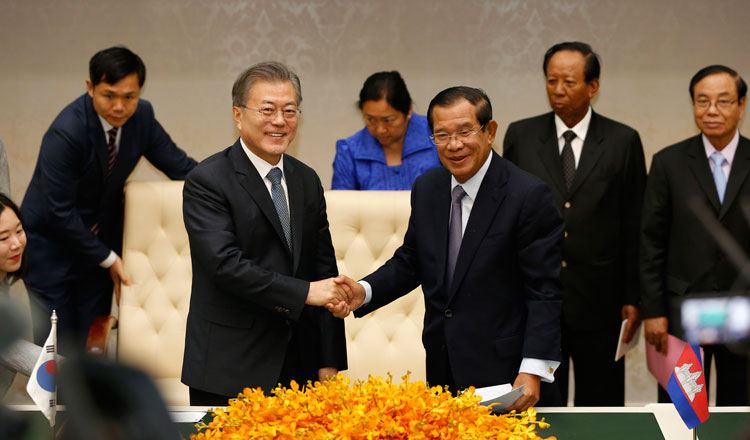 His Majesty King Norodom Sihamoni, King of the Kingdom of Cambodia, has signed into law the ratification of the Free Trade Agreement between Cambodia and South Korea on January 29, 2022, after it was cleared by the National Assembly and Senate.

The agreement will boost exports, increase gross domestic product and increase employment opportunities, and help speed up the recovery of the two economies affected by Covid-19 by expanding trade liberalization markets in addition to the ASEAN-Korea Free Trade Agreement (AKFTA) and the Regional Comprehensive Economic Partnership Agreement (RCEP).

The agreement will further boost Cambodia’s exports to the Republic of Korea, such as garments and textiles, footwear, bags, spare parts, electronics, rubber and agricultural products.

The Prime Minister of Cambodia, Hun Sen, has strongly expressed his belief that this free trade agreement will be a major driving force in boosting trade and investment flows between Cambodia and the Republic of Korea.

In addition to the Free Trade Agreement with the Republic of Korea, Cambodia also has free trade with China and with economic partners in all areas of the RCEP. Free trade agreements with China and RCEP partners have already entered into force.

Hun Sen once considers the establishment of these free trade as helping the Cambodian economy and expand the market for Cambodian products. Khmer Times