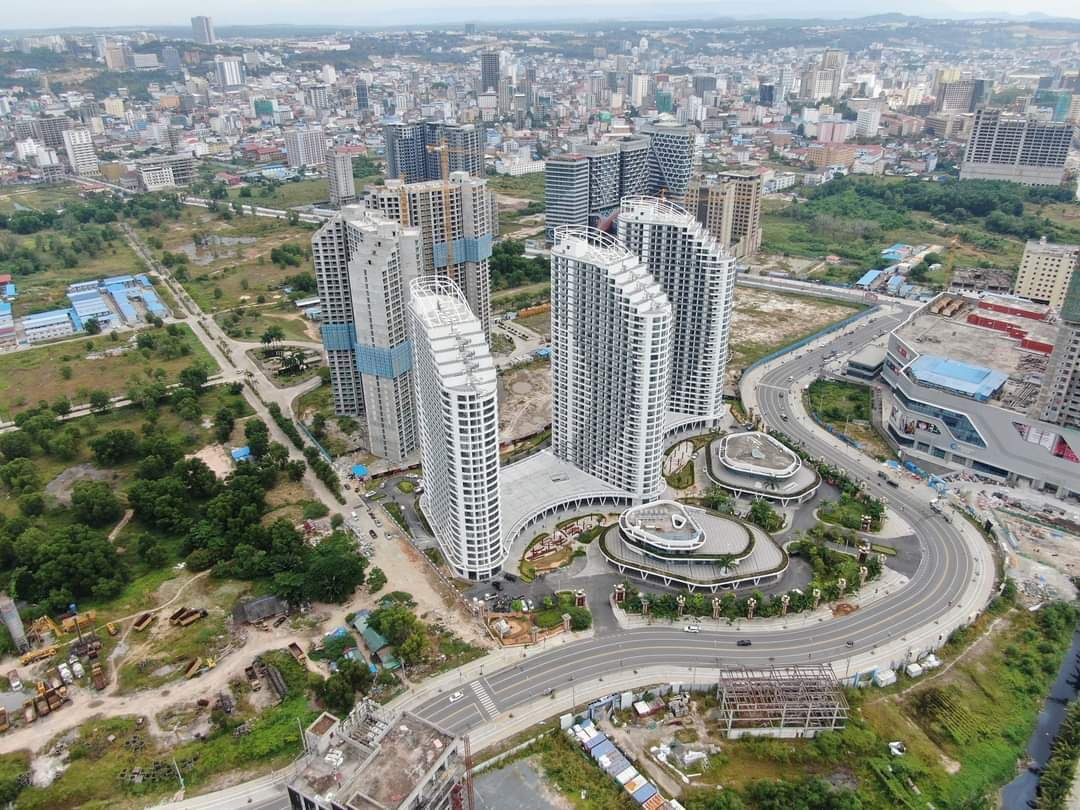 Cambodia will see a focus on cleaner production, smart cities, new forms of financing and a move to more affordable properties this year, according to real estate company CBRE Cambodia.

In its ‘Fearless Forecast 2022: Foundations of a Tiger’ it came up with ten predictions for the year ahead.

After a slowdown in high-end condominium launches in the past two years, CBRE predicted no new launches this year. It said the focus would be on affordable and mid-range properties to meet the demands of a population with an average age of 27, with 55 percent in the Gen-Z and Gen-Y age groups.

CBRE commended the government for its successful vaccination campaign and the reopening of borders. The Ministry of Tourism forecasts around 800,000 new foreign tourists this year.

“We are somewhat sceptical of this number. However, when we spoke to a number of GMs following the lifting of the border restrictions, they saw the first number of guests coming from overseas, both in Siem Reap and Phnom Penh. This is certainly something positive and gives a glimmer of hope for the year to come,” Lennon said. However, CBRE’s second forecast is that international tourist arrivals will remain below 20 percent of 2019 levels this year.

CBRE also predicted the use of blockchain-backed fundraising to finance real estate as developers become more creative due to a challenging fundraising environment.

Cambodia will also have a “Huawei Moment”, CBRE said, as it improves its telecoms infrastructure and moves to 5G.

“Vietnam had its Samsung moment in the past five years, where Samsung entered and there was almost an inorganic supply chain that was developed of the back of that and this is something we foresee could happen in a location like Sihanoukville,” Lennon said.

CBRE also said Phnom Penh, and possibly other locations, are likely to develop into Smart Cities, following the construction of Smart Highways.

As the country pushes for energy independence and cleaner power production, CBRE predicted the construction of five renewable energy plants.

Also on a green theme, it said electric vehicles will make up 30 percent of new vehicle sales over the next two years, with the government planning to develop EV infrastructure.

Manufacturers will be pushed into adopting higher ESG goals, CBRE said, pushed by international manufacturers with customers in the US and Europe who demand cleaner production and better labour standards.

“We are expecting to see a greater amount of ESG activity in the market, especially driven by industrial. This may come from textile and garment manufacturers. It may also come from more sophisticated high-tech manufacturers. This is likely due to be driven by their end customers putting pressure on them. For instance, if there’s an H&M of the world it’s likely that they are going to start putting pressure on their garment-sourcing factories to move towards environment, sustainable and governance,” Lennon said.

CBRE said there are around 1,000 unfinished buildings in Sihanoukville and forecast 250 of them will be acquired and developed this year.

Its final prediction was for an international university campus to be built in Sihanoukville, possibly making use of unfinished buildings and helping boost the country’s global reputation. Khmer Times