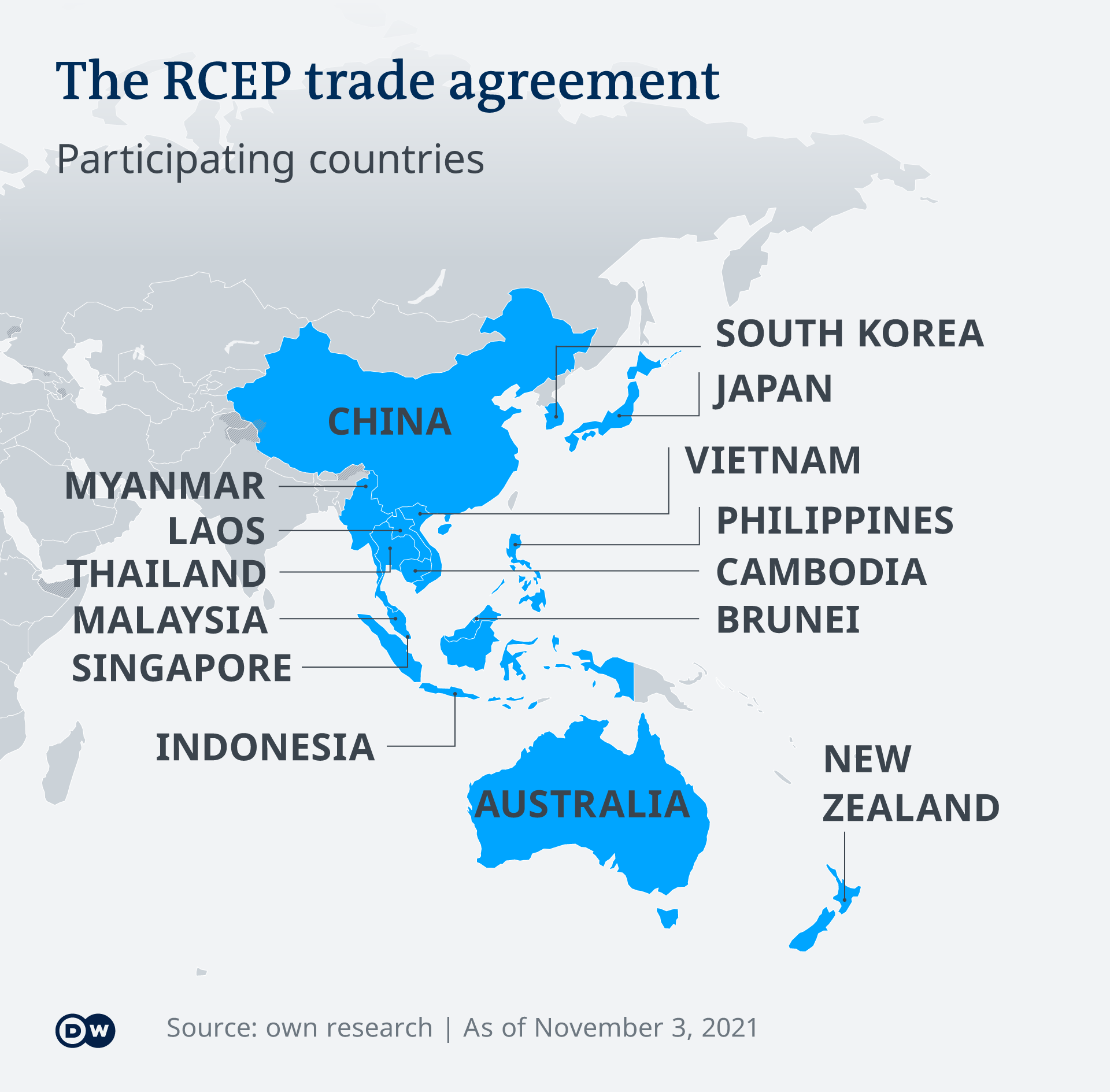 The pact was signed on Nov 15, 2020, by the 10 Asean member countries along with five Asean free trade agreement (FTA) partners. At least six members of Asean and three non-Asean nations then ratified the agreement. 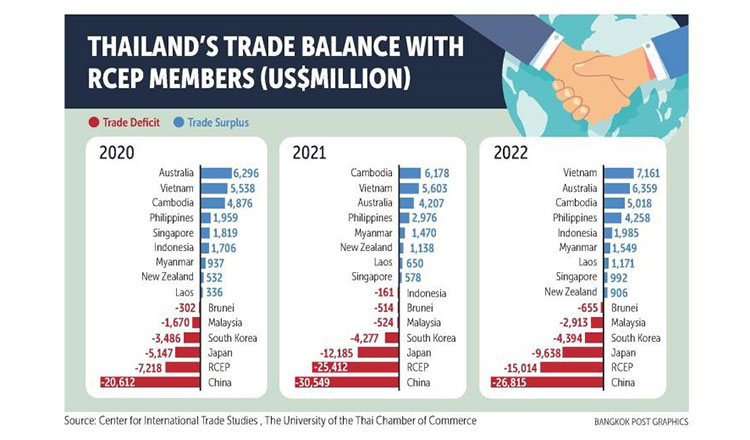 RCEP is the world’s biggest FTA measured by GDP, larger than the Comprehensive and Progressive Agreement for Trans-Pacific Partnership, the EU, the Mercosur trade bloc in South America, and the recent US-Mexico-Canada FTA. RCEP is the first multilateral agreement to include China, and the first FTA between China and Japan as well as Japan and South Korea.

The RCEP is designed to remove tariffs on 91% of goods, and standardise rules on investment, intellectual property and e-commerce among other trade practices. It aims to create an integrated market with 15 countries, making it easier for products and services from each of these countries to be available across this region.

China is expected to use Vientiane as a distribution and trading hub for agricultural and industrial products to Cambodia, Laos, Myanmar, Vietnam and Thailand., fueled by the railway.

The rest are scheduled to see tariffs gradually reduced to zero over the next 10-20 years.

Trade Negotiations Department director-general Auramon Supthaweethum said the obvious benefits from the pact for Thailand are exports, mostly related to a pledge from South Korea, Japan and China to reduce or abolish customs tariff collection on additional Thai shipments on top of those already offered under FTAs.

China is expected to open its market to 653 Thai items after originally committing to 33 items, such as pepper, pineapple processing, coconut water, TV receivers, styrene, auto parts and paper.

China is expected to reduce the tax on flavoured pineapples, pineapple juice, coconut juice and synthetic rubber from 7.5-15% to 0% within 20 years, auto parts (electrical equipment for lighting or signalling and windshield adjusters), wire and cable for wiring harnesses used in cars from 10% to 0% within 10 years.

RCEP also provides more incentives for businesses to source materials from within the bloc, allowing them to count inputs from RCEP members as local when manufactured in an RCEP member country. This increases the chances of acceptance under rules of origin and expands trade and investment in the region.

Opportunities for trade in services and investment are available because RCEP regulations have reduced or eliminated measures that blocked investment in the service and non-service sectors, including procedures for obtaining licences and qualification examinations of service providers.

Aat Pisanwanich, director of the Center for International Trade Studies at the University of the Thai Chamber of Commerce, warned that once RCEP becomes effective, Thailand as well as Cambodia, are likely to be flooded by cheap products from member countries, harming small and medium-sized enterprises (SMEs) and farmers.

As a consequence, Thailand’s trade deficit will increase, especially with China, he said.

According to Mr Aat, the Laos-China high-speed rail network, which started operations in early December, will be an important factor in driving a rising trade deficit based on cheaper Chinese products, especially agricultural goods such as fruit and vegetables. This trade is likely to impact SMEs and farmers, he said.

“The RCEP study conducted by stakeholders did not take into account the new high-speed rail line,” said Mr Aat. “Entrepreneurs in border provinces with Laos will receive a heavy direct blow from the Laos-China rail network. They are highly likely to become mere distributors of cheap Chinese products if they fail to adjust their business plan.”

“RCEP is expected to favour trade and investment among China, Japan and South Korea more than Thailand, and we expect businesses from those countries to ramp up their investment in Asean in 2022,” he said.

Chaichan Chareonsuk, chairman of the Thai National Shippers’ Council, said Thai entrepreneurs will definitely see stiffer competition from RCEP members, particularly those who sell similar products. He said Thai firms should quickly upgrade the quality of their products and make good use of trade privileges offered by this pact to raise exports. Bangkokpost/Khmer Times