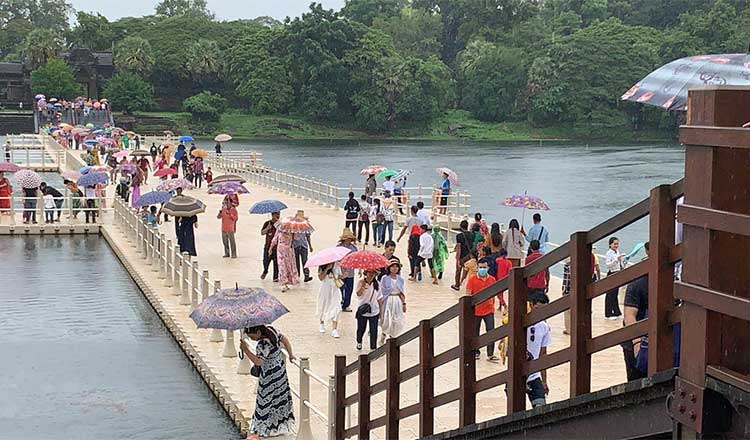 Despite the threat of the Omicron variant, tourists in the country went out in droves over the weekend. The Ministry of Tourism recorded an increase of tourist activities across the country.

The Minister of Tourism, Thong Khon, stated that from December 25 to December 26, the ministry recorded 253,621 tourists, 242,986 nationals and 10,653 foreigners. The number of tourists in an increase of 247 percent compared to the previous week.

The Minister said that the private sector and tour operators have taken advantage of the opportunity to promote tourism during Christmas to boost revenue. Various businesses decorated their locations to attract tourists and provided promotions during the holiday, as well as create various entertainment programs.

Booking rates in hotels and guesthouses are expected to skyrocket during the New Year this weekend, especially in Kep, Kampot, and Mondulkiri. Booking rates in those provinces are reported to be at 80 percent. Destinations such as Preah Sihanouk, Koh Kong, Siem Reap, Battambang, and Ratanakiri have reported high booking rates as well.

Minister Khon added that the capital and provincial administrations are preparing to decorate cities and towns to prepare for the New Year and attract tourists as well. Khmer Times