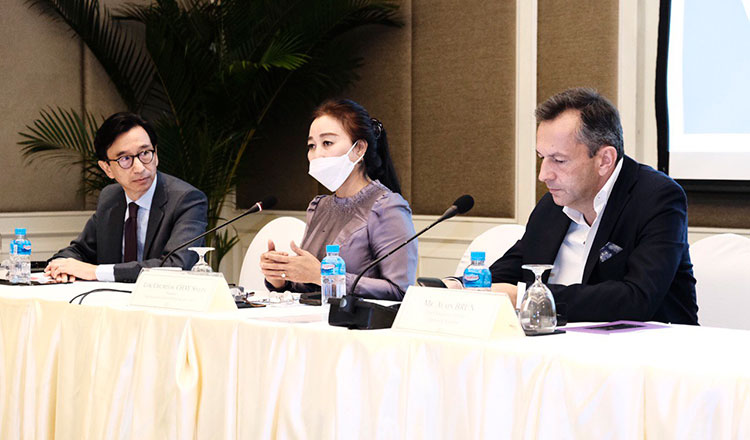 Travel agents, airport operators and airlines all say they are ready to cope with an influx of foreign visitors safely and efficiently. All they need is a reopening date from the Cambodian government.

“The country has done an amazing job with its vaccination campaign for a year now and we are safe,” said Alain Brun, Chief Executive Officer of Cambodia Airports. “It looks like things are going to move and it’s a meaningful step forward,” he said. He said the country’s three international airports had implemented full safety measures and can go from the current 200 to 300 passengers to thousands.

Cathay Pacific is already offering direct flights from Hong Kong and says it can add more if there is a surge in foreign demand.

“We had a brief hiatus in Cambodia but we’ve been back since July this year,” said Cathay Pacific Country Manager Hamish Snow. “This is not our first crisis and this is not our first health crisis. We’ve managed to come through stronger before and we’re confident we’ll do so again,” he said.

The president of the Cambodia Association of Travel Agents (CATA) said many local businesses suspended operations and workers left the industry but Chhay Sivlin said she believed they would return along with the visitors.

“We don’t expect a mass of travellers to come. We have enough time to prepare the relevant stakeholders who were away for almost two years from this profession. They can come back gradually,” she said.

Cambodia has fully vaccinated more than two thirds of its population. Neighbours with lower vaccination rates, such as Vietnam and Laos, have been forced to shut down their capitals. CATA’s Sivlin says that is a chance for the Kingdom.

“It used to be a secondary destination and, in this context, as our neighbours aren’t open, we can take the opportunity to be the main destination,” she said.

Speakers at the tourism industry roundtable at Phnom Penh’s Sofitel pointed out that the average stay before the pandemic was 4.5 days. If the country reopens, they said, Cambodia could show it has much more to offer than Angkor Wat. Khmer Times