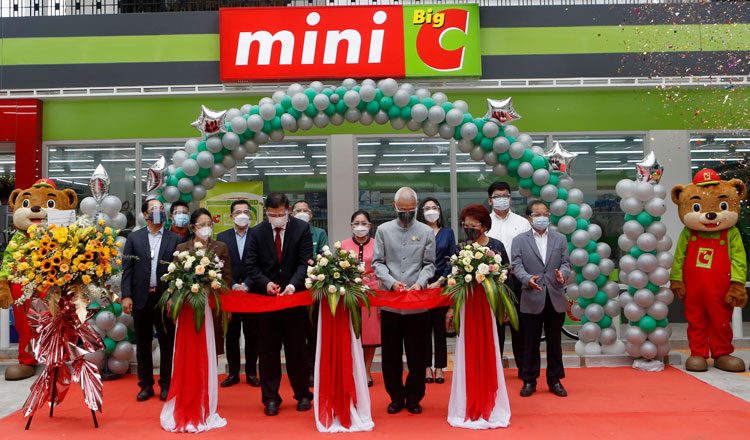 Big C Supercenter Plc plans to increase investment to expand its retail business in Cambodia over the next five years.

“With our five-year plan, we aim to become the No.1 retailer in Cambodia in terms of value, size and perception among Cambodian customers,” said Gary Hardy, chief operating officer.

Mr Hardy said the company is set to open hundreds of Big C stores in different sizes and formats, in Phnom Penh and other big cities such as Siem Reap and Battambang. The formats include hypermarkets, supermarkets and Mini Big Cs.

While exact investment figures were not disclosed, he said the expansion will be through stores it will own, though the potential for a franchise model can be explored in the future.

The company expanded its retail business in Cambodia by opening the first Big C hypermarket in the border town of Poipet a few years ago.

“Cambodia is the third country in Southeast Asia in which Big C has expanded after successful entries in Thailand and Laos. We opened our store in Phnom Penh during the pandemic because we are optimistic about the long-term market potential,” Mr Hardy said.

“There are 15 million people in Cambodia and Phnom Penh is a commercial centre with 2 million people. Given the similarities in tastes of Cambodians and Thais, there are opportunities to grow Big C products and brands such as Happy Price and Besico.”

Logistics and a supply chain are simple to develop by crossing the border from Bangkok to Poipet, and Vietnam to Phnom Penh, he said.

“We expect the expansion of Big C in Cambodia will not only bring retail knowledge there, but also create thousands of new jobs over five years,” said Mr Hardy.

Roughly 80% of products at Mini Big C Phnom Penh are imported from Thailand, with 20% local products.

“The retail market in Cambodia is attractive,” he said.

“Its development sounds much like Thailand 20 years ago when people changed from shopping at wet markets or food markets to the modern retail channel. Moreover, there is no market dominant player there.”

Mr Hardy admitted it remains a challenging operating environment in Cambodia, forcing the company to adjust to different laws and regulations.

The Big C operation in Cambodia is run by a Thai team along with local staff.

In addition to Cambodia, the company vowed to continue its retail expansion in Thailand.

Big C plans to open two hypermarkets in Thailand in the fourth quarter this year and 150 Mini Big Cs this year.

There were 1,616 Big C retail stores operating under various formats in Thailand in the second half this year, up from 1,448 stores in the same period last year.