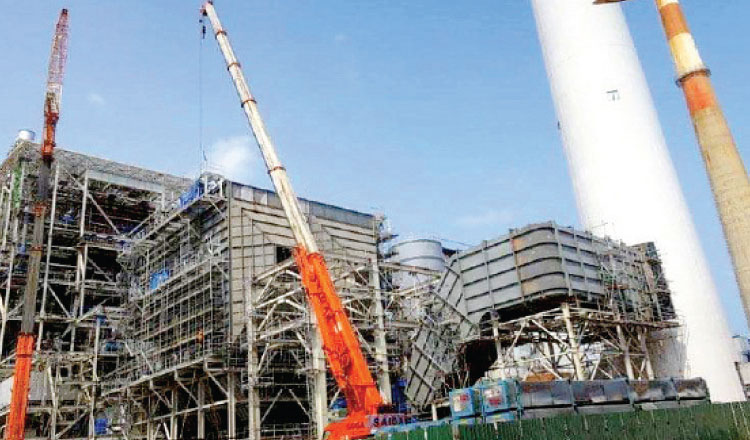 The government is in talks with China and Russia about setting up a nuclear power plant in the Kingdom.

A senior official says the three countries have signed a memorandum of understanding (MoU).

The MoU aims to boost cooperation on nuclear energy and the use of nuclear technology in priority areas such as industry, agriculture, food safety, energy, construction, the environment and medicine.

The government is also setting up an information centre, with China’s assistance, to raise public awareness of the potential of nuclear power.

Cambodia has already been working with the two countries on nuclear power. In 2016, Cambodia signed an MoU with Russia to create the Nuclear Science and Technology Centre. A year later, Cambodia and China also reached agreement on nuclear energy cooperation.

He said at the time there would be no nuclear power development in the Kingdom.

However, Cambodia has since asked the International Atomic Energy Agency (IAEA) for help drawing up laws on nuclear safety and radiation, environmental protection and controlling radioactive waste.

In 2020, Cambodia’s power supply consisted of 60 percent coal and gas, with the remainder coming from a combination of hydropower, solar, biomass and other renewables.

Energy Minister Suy Sem said this month that he expects Cambodia’s economic recovery to push up power demand to pre-Covid levels. Demand before last year was growing at an annual rate of 15 to 23 percent, he said, adding that demand may even outstrip pre-2020 growth levels.

The IAEA seeks to promote the peaceful use of nuclear energy and to inhibit its use for any military purpose, including nuclear weapons. It was established as an autonomous organisation on 29 July, 1957. Although established independently of the United Nations through its own international treaty, the IAEA Statute, it reports to both the United Nations General Assembly and Security Council.

The IAEA has its headquarters in Vienna, Austria. It has two “Regional Safeguards Offices” which are located in Toronto, Canada and in Tokyo, Japan. The IAEA also has two liaison offices which are in New York City, United States, and in Geneva, Switzerland. In addition, it has laboratories and research centres in Seibersdorf, Austria, in Monaco and in Trieste, Italy.

The vast majority of electricity from nuclear power is produced by nuclear fission of uranium and plutonium in nuclear power plants.

Civilian nuclear power supplied 2,586 terawatt hours (TWh) of electricity in 2019, equivalent to about 10 percent of global electricity generation, and was the second-largest low-carbon power source after hydroelectricity. As of January 2021, there were 442 civilian fission reactors in the world, with a combined electrical capacity of 392 gigawatts (gW). There are also 53 nuclear power reactors under construction and 98 reactors planned, with a combined capacity of 60 gW and 103 gW, respectively. The United States has the largest fleet of nuclear reactors, generating over 800 TWh zero-emissions electricity per year with an average capacity factor of 92 percent. Most reactors under construction are generation III reactors in Asia.

Nuclear power has one of the lowest levels of fatalities per unit of energy generated compared to other energy sources. Coal, petroleum, natural gas and hydroelectricity each have caused more fatalities per unit of energy because of air pollution and accidents. It is estimated that since its commercialisation in the 1970s, nuclear power has prevented about 1.84 million air pollution-related deaths and the emission of about 64 billion tonnes of carbon dioxide equivalent that would have otherwise resulted from the burning of fossil fuels. Khmer Times