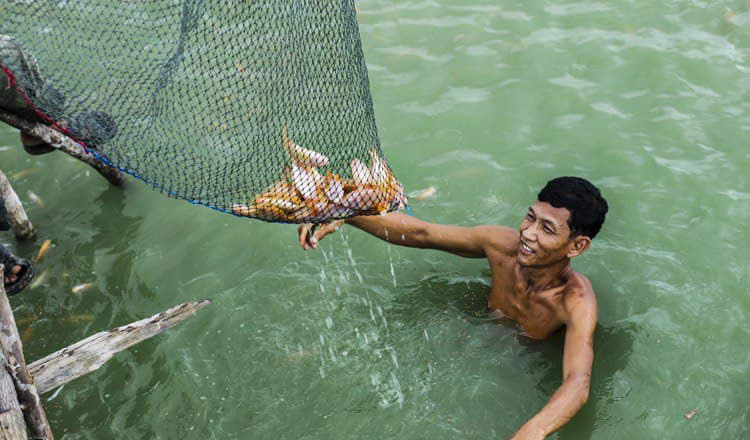 Cambodia will receive a boost in its efforts to combat climate change and curb illegal fishing after the Food and Agriculture Organization of the United Nations (FAO) received approval from the Global Environment Facility (GEF) to implement projects in eight countries, including Cambodia.

The five projects will benefit from $46.6 million in funding and also sponsor projects in Cameroon, Eritrea, Lesotho, Malaysia, Senegal, Thailand and Vietnam.

The projects will be co-financed and carried out in partnership with host governments, according to the FAO.

FAO Director-General Qu Dongyu said: “It is vital we take action now to restore the natural systems on land and water that we rely on to achieve better production, better nutrition, a better environment and a better life.”

According to the FAO, the projects will assist countries in mitigating climate change, increasing regional cooperation, protecting biodiversity and preventing illegal, unreported and unregulated fishing practices.

One of the five projects will focus on creating sustainable fisheries in the Gulf of Thailand and directly benefit Cambodia, Malayisa, Thailand and Vietnam.

According to the FAO, unregulated foreign fishing activity and habitat degradation are two main concerns facing the fishing industry in Cambodia.

“The fishery law bans trawling in the area between the shoreline and the 20-metre isobath. As many of the trawlers are small and unsuitable for use in offshore areas, much of the trawling is done illegally in these areas. This is the major source of conflict between groups of marine fishers in Cambodia,” the FAO added.

The organisation said the Fisheries Administration is reluctant to enforce the ban and that foreign fishing vessels also present a threat in Cambodian waters.

The FAO has been heavily involved in assisting Cambodia in drafting a new fisheries law and last year an FAO mission visited Phnom Penh to discuss drawing up an updated law.

In 2019, Cambodia joined the Agreement on Port State Measures to prevent, deter and eliminate illegal, unreported and unregulated (IUU) fishing.

According to the FAO, the agreement is the first such binding international agreement to focus on preventing IUU fishing and aims to reduce opportunities for illegal vessels to sell their catch to national and international markets.

Child labour in the Cambodian fishery sector is another area of concern and the FAO is currently working with the government to ensure working conditions for children in the industry are safe.

The issue is especially prevalent in communities who reside on the Tonle Sap Lake and depend heavily on the sector for their livelihoods.

While it is legal for children aged 15 or older to legally work in Cambodia, if their working conditions are unsafe, it is considered child labour, the FAO said.

Fishing in the Tonle Sap region has suffered recently, dealing another blow to these communities.

Fisheries Action Coalition Team (FACT)’s Tonle Sap project coordinator Minh Bunly recently told Khmer Times that the Tonle Sap Lake was known to support the thriving fishing industry but, with the threats it faces now, it is affecting the production of freshwater fish.

“The construction of large hydropower dams and reservoirs among other [factors] is affecting water flow, thus threatening the sensitive ecosystems downstream, especially the Tonle Sap river, the Tonle Sap Lake and its floodplain. Even the water flow, according to the season, is affected,” he said. Khmer Times