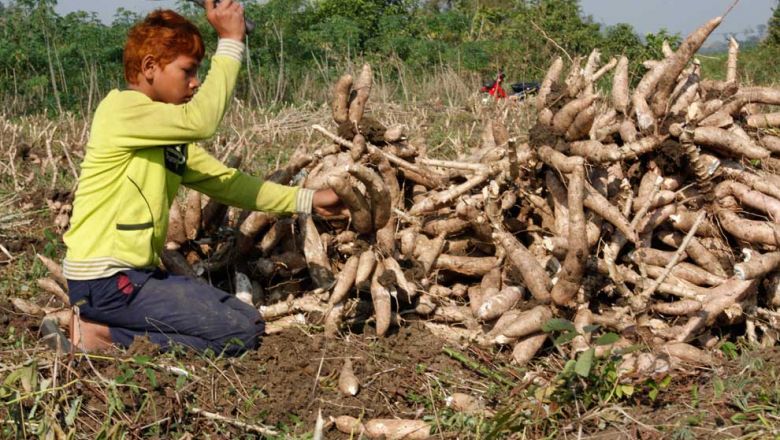 The price of cassava in provinces bordering Thailand remains steady during the 2019-2020 harvest season which is currently about 60 percent complete, officials said.

Cambodia’s cassava is mostly grown in Battambang, Pailin, Banteay Meanchey, Kratie, and Kampong Thom provinces. The crop is planted in May and harvested between November and the end of February each year.

Battambang provincial Department of Commerce director Kim Hout said on Monday that the average price at which the province’s farmers sold their crops this year was a little higher than last year.

He said about 80 percent of Battambang province’s cassava is exported to Thailand, while another 20 percent is sold to Vietnam by traders.

During this harvest season, the province has 112,543ha cultivated with cassava, with an average yield of 26.43 tonnes per hectare, a report from the Battambang provincial Department of Agriculture, Forestry and Fisheries said.

Pailin provincial Department of Agriculture, Forestry and Fisheries deputy director Im Sophoeun said cassava yields in the province this year were similar to last year, though prices were a bit higher.

Overall, cassava growers have done better in the past two years, he said.

Last year, he said, a prolonged drought caused considerable damage to the crop. “This year, things are a bit better, with acceptable prices that are not falling as fast as they did last year.”

Chan Muoy owns a silo in the same district and buys cassava from local farmers to resell to Thai traders.

She said farmers turning to grow corn last year may be a factor in the decline.