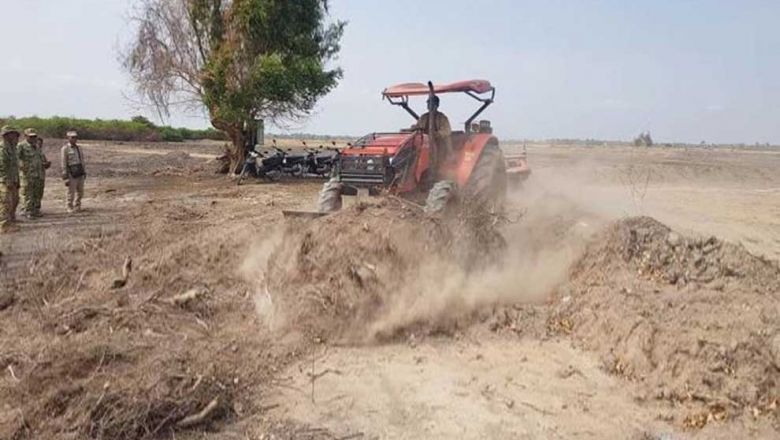 The Kampong Chhnang provincial Forestry Administration plans to plant around 8,000 trees on 4ha of the flooded forest at the Trapaing Trav area in Chhnok Trou commune’s Ses Slap village in Boribor district.

It was recently intruded and cleared for private ownership, with boundary poles illegally planted.

La said the small trees would be planted in mid-May or early next month when there is more rainfall, which is good for them to grow well.

“Besides [the Trapaing Trav area], the Forestry Administration also plans to plant trees in other flooded areas including those in Cholkiri and Kampong Leng districts.

He said around 5,000 trees are distributed to residents in local communities for planting every year.

“Planting trees in the degraded flooded forest not only breathes new life into its cover and biodiversity but also prevents illegal logging by opportunists,” he said.

La said the Fishery Administration and relevant authorities have previously sent suspects to court and seized machinery as evidence in its crackdowns on encroachments. Phnom Penh Post