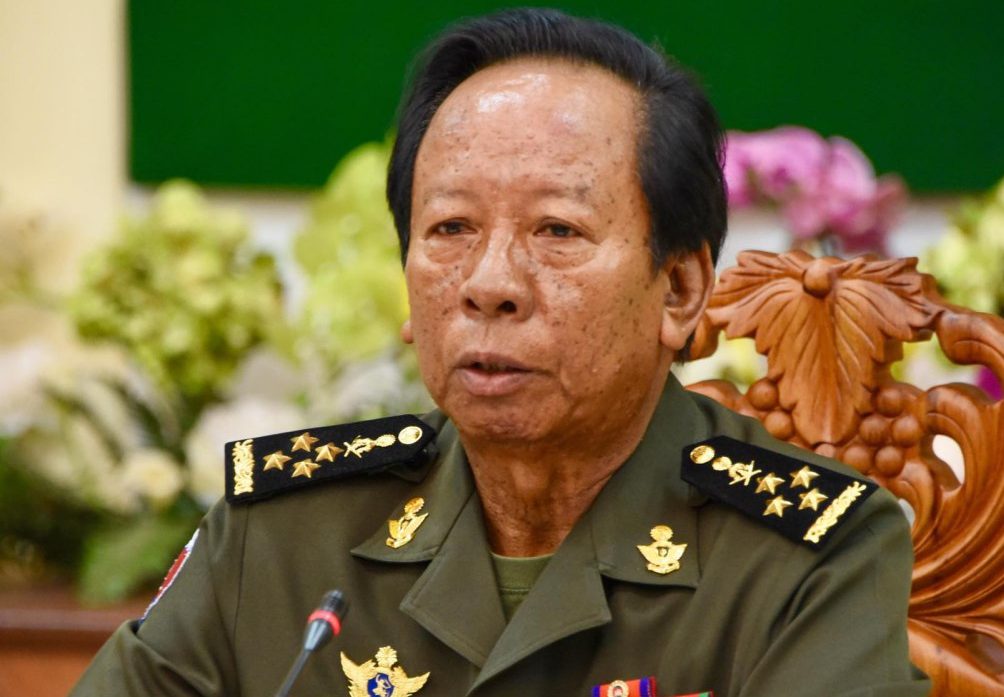 Cambodia’s Ministry of National Defence has rejected the recent media release by the U.S. Embassy in Phnom Penh regarding the visit of U.S. Defence Attaché to Ream Naval Base, urging the embassy to stop creating new scenarios which would negatively affect the defence relations between the two countries.

The following is the full statement of the ministry’s Spokesman made public this evening:

The Spokesman of the Ministry of National Defence of Cambodia regrets the release of media information by the United States of America’s Embassy in Phnom Penh, accusing Cambodia military officers of refusing full access to Ream Naval Base during a visit of the U.S. Defence Attaché, on June 11, 2021.

The Spokesman of the Ministry of National Defence would like to clarify to the national and international public as follows:

The Ministry of National Defence was sincere when organising the aforementioned visit in accordance with the noble decision of Samdech Akka Moha Sena Padei Techo HUN SEN, Prime Minister of the Kingdom of Cambodia. The Prime Minister reached an agreement with the U.S. Deputy Secretary of State, Wendy R. Sherman, on June 1, 2021 and the request for the visit of the Defense Attaché, Colonel Marcus Ferrara.

At Ream Naval Base, the Coordination Working Group endeavored to meet the requirements of the U.S. delegation according to directive guidelines and the mutual agreements. Some important activities including a meeting which lasted more than one hour, the visit to two newly-constructed buildings which serve as accommodation for labourers, touring the naval pier and ships, visiting an Australian-supported naval workshop, visiting a hospital and then proceeding to Koh Preap to see the construction of the new Tactical Command Headquarters of the National Committee for Maritime Security. The entire visit started at 0930hrs and lasted approximately 3 hours.

However, beyond the requested and agreed locations, the U.S. side created an immediate new scenario as they demanded to enter another place which was not included in the initial request. Aware of this irregularity and noting that Cambodia’s sovereignty was not being respected, along with the intention to ignore the military classification, the Working Group refused this new demand. Moreover, the U.S. Defence Attaché persisted with this request, which again could not be granted. 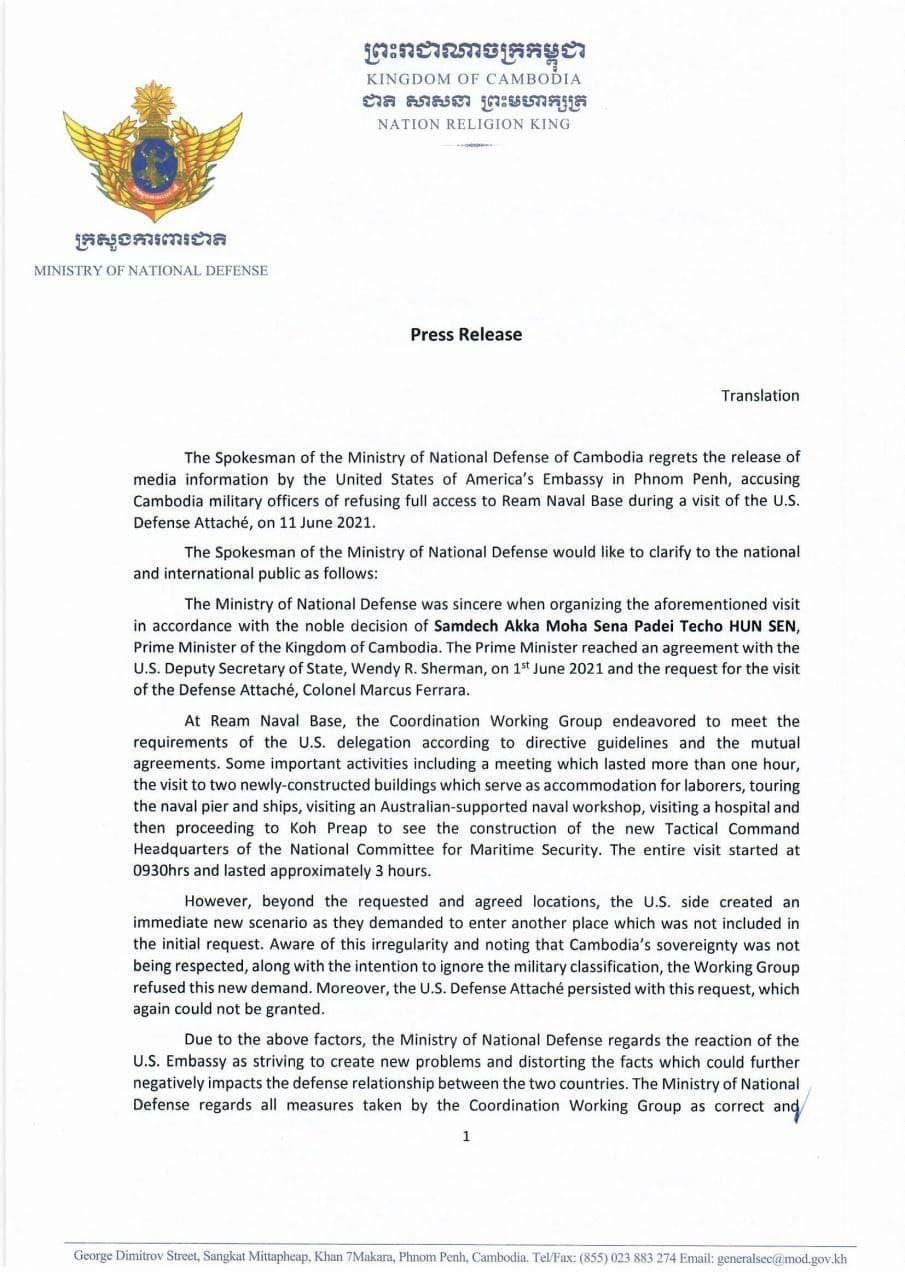