Japan to open for cashew nuts from Cambodia 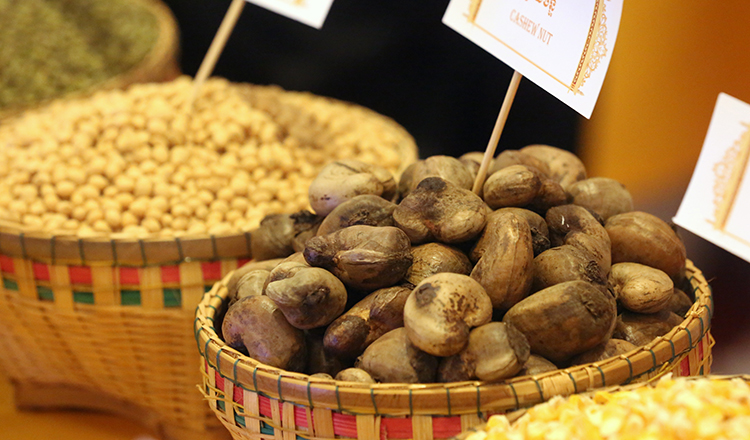 Japan to open for cashew nuts from Cambodia

A total of 7.6 tonnes of processed cashew nuts from Chey Sambo Cashew Nut Processing Handicraft in Kampong Thom province have been exported in its first direct shipment of the food to Japan.

The commodity reached a port in Japan earlier in June after spending a month being shipped from Cambodia to Japan.

This is the first batch of cashews to Japan under a contract with Japan-based Top Planning Japan Co Ltd.

A second batch of nine tonnes will be made later this month with others to follow on a regular basis, according to In Lai Huot, founder of Chey Sambo Cashew Nut Processing Handicraft.

“We have successfully exported our first shipment to Japan. Now we are preparing to dispatch the second batch of processed cashew nuts to the Japanese market, which will be made in June,” she said yesterday.

Handicraft, formed in 2019, collects cashews from 100 farmer families who plant the crop on more than 700 hectares of land in Kampong Thom province.

Veng Sakhon, minister of Agriculture, Forestry, and Fisheries, applauded the success of Handicraft in exporting to Japan.

He said the export of cashews to Japan reflects more widely opened markets for agricultural products.

Currently, the biggest market for the Kingdom’s cashew nuts is Vietnam.

Data from the Ministry of Agriculture, Forestry and Fisheries shows that in the first five months of 2021 Cambodia exported 801,732 tonnes of cashew nuts to Vietnam – a period-on-period increase of 321 percent – with the rest shipped to China, India, Japan, the United Arab Emirates and Thailand.