Cambodia, Laos, Viet Nam To Vaccinate Their Diplomat And Students In Their Respective Countries 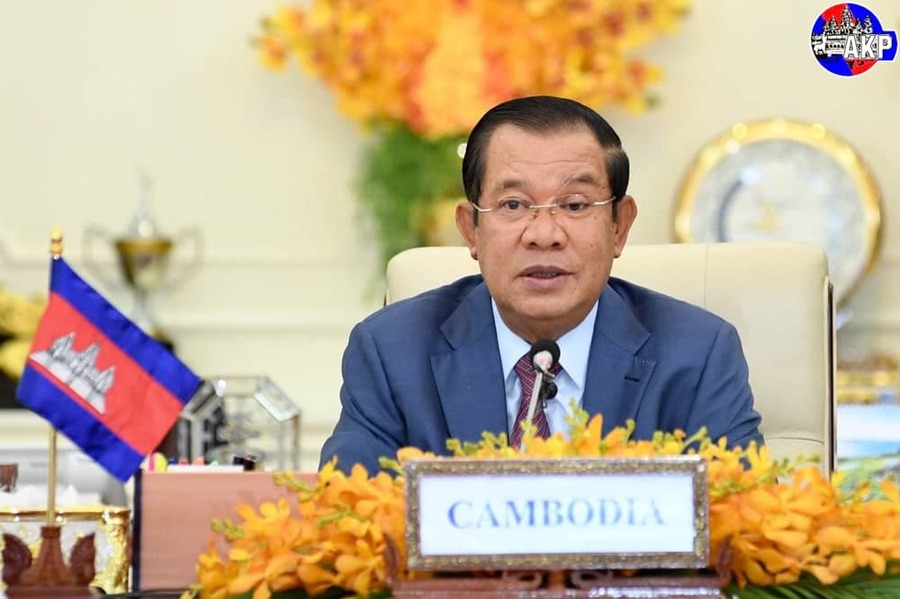 Cambodia, Laos, Viet Nam To Vaccinate Their Diplomat And Students In Their Respective Countries

The Prime Ministers of Cambodia, Laos and Viet Nam have agreed to further strengthen their cooperation and render support for one another in fighting against Covid-19 pandemic, and to mutually provide free Covid-19 vaccination to Cambodian, Lao and Vietnamese diplomats and students residing in their respective countries.

According to the virtual meeting’s outcome released this evening by the Cambodian Ministry of Foreign Affairs and International Cooperation, Prime Ministers of the Lao PDR and the Socialist Republic of Viet Nam highly appreciated the significance of the three Prime Ministers’ Virtual Meeting initiated by Samdech Techo Prime Minister Hun Sen, which has contributed to further broaden and consolidate the traditional friendship and fruitful cooperation among the three countries.

During the meeting, the three Prime Ministers briefed each other on the current developments of their respective countries, including the fight against the Covid-19 outbreak. Samdech Techo Prime Minister Hun Sen congratulated his Vietnamese and Lao counterparts on the successes of the recent 13th Party Congress of the Communist Party of Viet Nam, and the 11th Party Congress of the People’s Revolutionary Party of Laos, as well as the Laos National Congress’s election. He also hailed Viet Nam for the socio-economic development achievement in 2020 in spite of the Covid-19 outbreak.

The three Prime Ministers expressed their overall satisfaction in the growing relationship and cooperation in various fields between the three countries amidst the great challenges posed by the Covid-19 outbreak. They also happily noted the increase in trade volume between Cambodia and Laos, and Cambodia and Viet Nam.

The three leaders agreed to further strengthen the cooperation in the field of politics, security, national defense, border management, trade and investment, connectivity, energy, and education. They also agreed to continue to effectively maintain and implement the existing mechanisms of cooperation, to boost the cooperation among border provinces, to effectively implement agreements on border management, to further collaborate in security protection along the shared border, and to facilitate trade and investment activities, and the entry of people and goods via border checkpoints.

As for matters of connectivity, the three Prime Ministers agreed to consider resuming international flights between Cambodia, Laos and Viet Nam in order to boost trade and investment, as well as people exchanges among the three countries.

With regards to cooperation in sub-regional framework, the three Prime Ministers agreed to accelerate the implementation of the CLV Economic Connectivity Plan up to 2030, with focuses on cooperation in mobilizing the resources from development partners for constructing the Hanoi-Vientiane Highway, the Vientiane-Vung Ang Railway, and the Phnom Penh-Ho Chi Minh Railway.

Furthermore, Prime Minister of Viet Nam and Prime Minister of the Lao PDR reaffirmed their commitment to extend their full support to Cambodia in hosting the 7th Greater Mekong Sub-region Summit (GMS) in March 2021, and the ASEM-13 Summit at the end of 2021, as well as chairing the ASEAN in 2022.

Additionally, the three Prime Ministers agreed to assign the relevant ministries, institutions and provincial authorities to carry out the significant agreements reached in this virtual meeting, thus enhancing the friendship and multifaceted cooperation among the three countries of Cambodia, Laos, and Viet Nam.

Lastly, the three leaders exchanged their views on the regional and international issues of common interest and concern. AKP 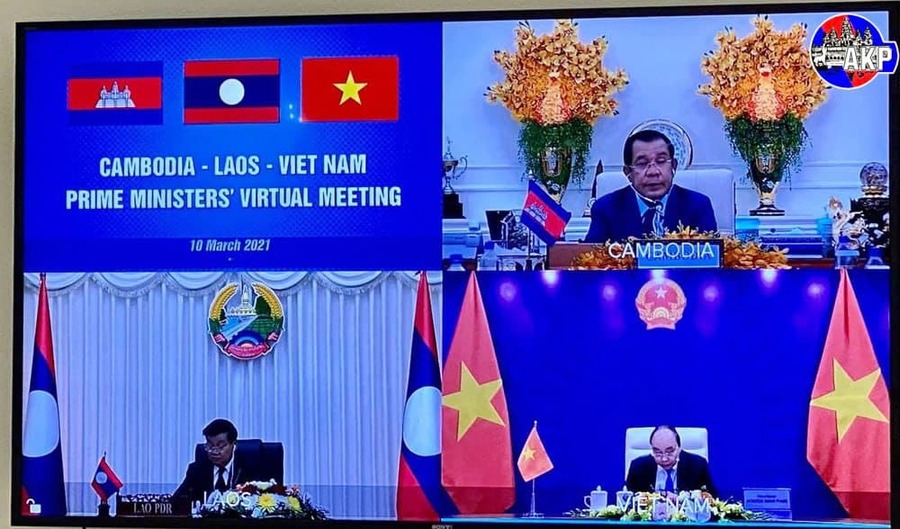