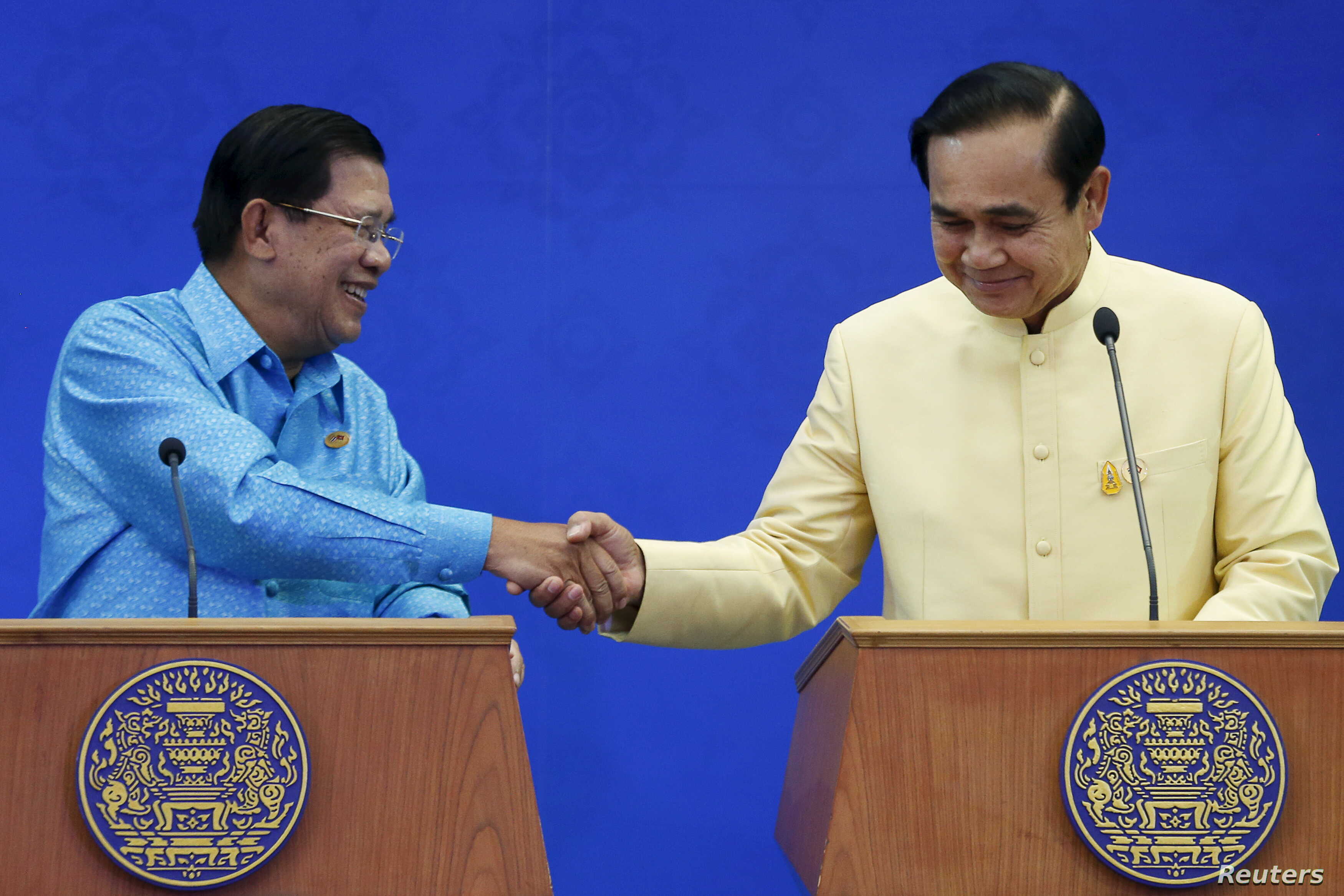 Prime Minister of the Kingdom of Thailand, H.E. Gen. Prayut Chan-o-cha, has laid stress on the stronger and closer relations and cooperation between Thailand and Cambodia, on the 70th anniversary of the establishment of their diplomatic relations.

“On the special occasion of the 70th anniversary of the establishment of our diplomatic relations on December 19, 2020, I am very pleased to affirm that the relationship between Thailand and Cambodia has never been stronger, with expanding cooperation and mutual benefit in all fields,” he wrote in his recent letter to Samdech Akka Moha Sena Padei Techo Hun Sen, Prime Minister of the Kingdom of Cambodia.

As friendly neighbours, the border areas of both nations are now enjoying the fruits of enduring peace and stability, with flourishing cross-border trade continuously bringing more jobs and better livelihoods to peoples of both nations, he underlined, adding that remarkably, the bilateral trade has grown exponentially from around US$300 million twenty years ago to well over US$9 billion in 2019. Thai investments in Cambodia have been on the increase, contributing positively to Cambodia’s economy, while Thailand’s economy has benefited greatly from Cambodia’s workforce and economic cooperation.

Cambodia and Thailand have also made significant progress in enhancing their connectivity, exemplified by the first Thailand-Cambodia Friendship Bridge (Ban Nong Ian – Stung Bot) linking Sa Kaeo and Banteay Meanchey provinces, and the revival of a railway service that will soon connect many Thai and Cambodian communities and contribute to more efficient trade flows, the Thai Premier said.

“More recently, we have worked side by side to minimise the impacts of the COVID-19 pandemic on our economies and societies, which paves the way for even closer cooperation to address future regional and international challenges,” he stressed.

“As we celebrate the 70th anniversary of our diplomatic relations and in light of the remarkable progress we have made as good neighbours and regional partners, I would like to convey, on behalf of the Royal Thai Government and people of the Kingdom of Thailand, my warmest wishes to Your Excellency and to the people of the Kingdom of Cambodia on this very special occasion,” H.E. Gen. Prayut Chan-o-cha said. “It is my firm belief that the friendship between Thailand and Cambodia is strong and enduring, and that our peoples, especially our new generation of young people, will continue to work together towards an even brighter future for our common peace, prosperity, and development.” AKP