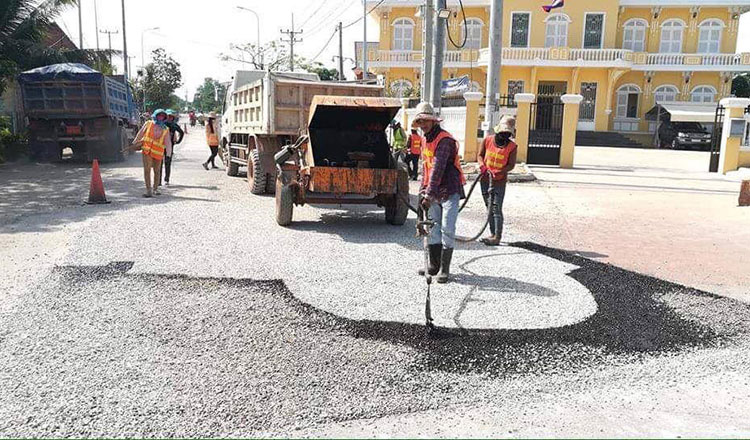 The Ministry of Public Works and Transport and Siem Reap provincial authorities have been studying the infrastructure development projects of 38 main roads of nearly 100 kilometers in total in Siem Reap city, to promote the economy, beauty and facilitate the travel of residents and tourists.

Minister of Public Works and Transport Sun Chanthol said that the development projects of 34 main roads includes two-lane road of 44 kilometers and four-lane of 54 kilometers stretching in all 12 communes of Siem Reap city and a part in Bakong district.

He continued that the government is looking for funding sources for the implementation of the infrastructure development projects of 38 main roads, as Siem Reap is Cambodia’s main economic backbone and also a province linking the economy between Battambang and Siem Reap provinces.

“It is time to study and organize the master plan for the road infrastructure in Siem Reap city for the renovation like Preah Sihanouk city to be a tourist city to promote the country’s image internationally through international tourists,” he said.

According to the Ministry of Public Works, the study on road renovation is the main road network block in Siem Reap city that will facilitate the travel of people, tourists, reducing transportation time, transportation of all goods, reduce traffic congestion, accident and to promote the beauty of Siem Reap city as a cultural and historical tourist city of Cambodia.