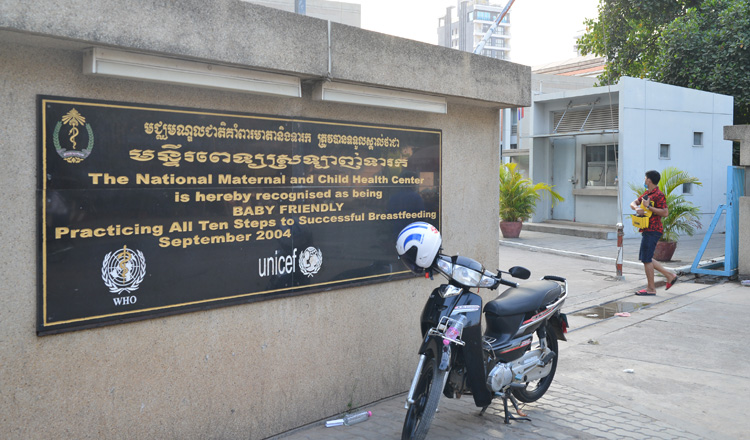 Minister of Health Mam Bun Heng called on the National Maternal and Child Health Center to have doctors on standby to respond to the increasing number of childbirths in the Kingdom.

The statement came during Thursday’s appointment of the new NMCHC president Kim Ratana.

During the event, Mr Bun Heng said the Kingdom has approximately 360,000 childbirths a year, making it imperative for health personnels to increase their focus on maternal and child health, particularly to reduce child mortality rate and malnutrition.

“If any mother has complications during her pregnancy or delivery, the doctor must monitor both mother and child and do his or her best to keep them healthy,” said Mr Bun Heng, noting the same standard of care must be applied to everyone regardless of their financial capacities.

“Patients who are poor must still be taken care of. They can use the government-sponsored cash transfer scheme which was designed to help pregnant women who come from impoverished families,” he said.

A mother, Sim Sereytha, delivered her baby at NMCHC. She said she decided to go to the hospital due to their quality service and affordable prices, which she noted was a great help as she did not have enough money to pay for medical services at a private hospital.

“We are poor. When we came here to get checked, we were able to receive the medical attention we needed through the support of the government’s allowance scheme,” said Ms Sereytha.

The government-sponsored cash subsidy programme was launched to promote maternal and child welfare, particularly among poor and vulnerable households, in the Kingdom.

According to the National Social Security Fund, 32,908 women who went into labour during the first five months of the year received government cash subsidies worth $3 million in total.