EdC: No power shortage this year 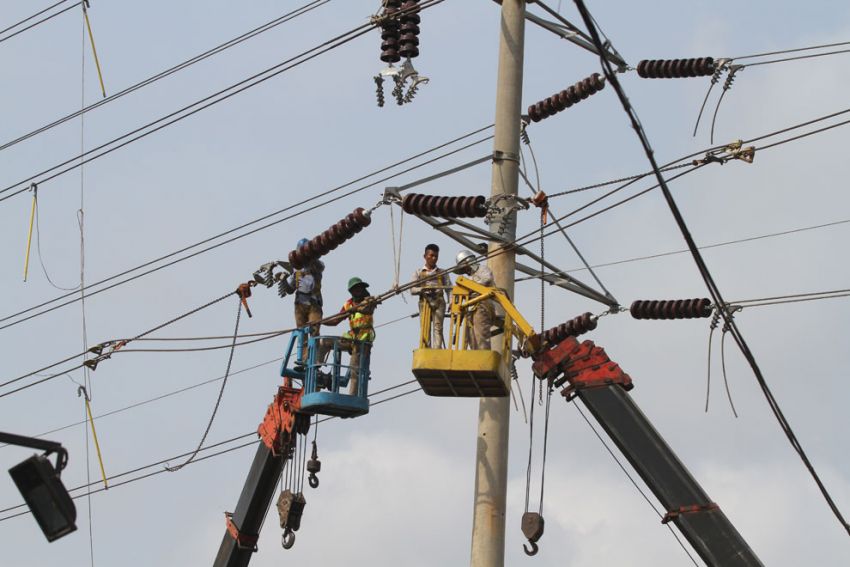 EdC: No power shortage this year

The Electricity Authority of Cambodia (EAC) said the Kingdom will not face a power shortage during this year’s dry season, as demand for electricity had declined due to the Covid-19 pandemic.

EAC CEO Teng Sokomal said during a recent seminar that there is no significant increase in electricity demand this year as the pandemic had caused some garment factories and hospitality industries to suspend operations.

He forecast that demand for electricity this year will decline by 20%, compared to an increase of around 30% last year.

“Normally, year-on-year energy growth and demand are on the rise, but not this year because the Covid-19 crisis impacted some factories,” he said.

General Department of Energy director-general Victor Jona told The Post that the country needs an average of more than 2,000MW of electricity a year, but demand could drop to 1,800MW this year.

“In principle, when demand is down, we reduce imports from neighboring countries,” he said.

The Garment Manufacturers Association in Cambodia (GMAC) said 250 factories have been suspended due to Covid-19.

Sothea said the company would need to spend an average of more than $1,000 a month to buy fuel for the company’s electric generators during a power outage.

“If the distribution of electricity is not interrupted, it will greatly reduce our production costs,” she said.

An employee at Angkor Vattanak Pheap Hotel – a three-star hotel in Siem Reap province – said Covid-19 has significantly impacted the hospitality industry there.

He said his hotel had 40 rooms but offer less than 10 at the moment because it cannot afford electricity costs.

“Today, we operate less than 10 rooms on the ground floor. If we operate more rooms we can’t pay the electricity cost and staff salaries. We only have four staff,” he said. Phnom Penh Post