Wind power on the horizon 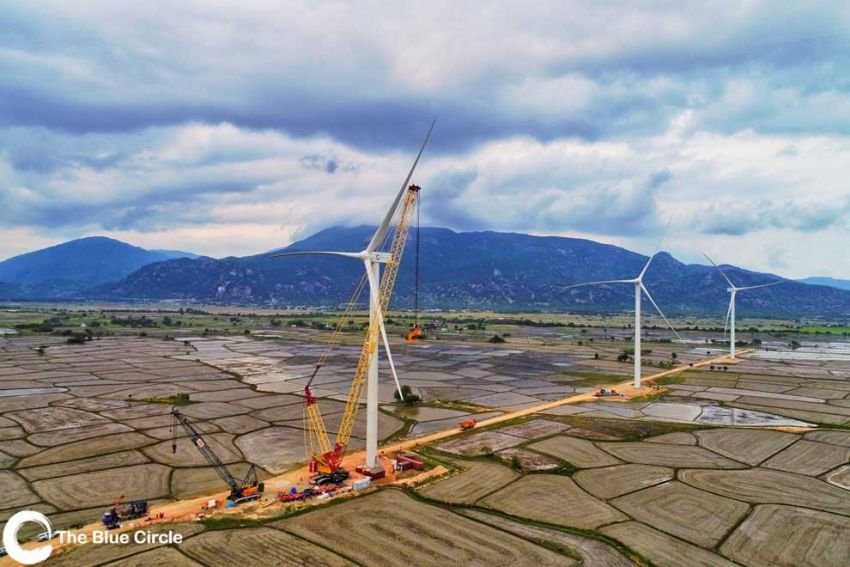 Wind power on the horizon

Ministry of Mines and Energy spokesman Victor Jona on Sunday said the developer, The Blue Circle (Cambodia) Co Ltd, is a subsidiary of Singapore-based The Blue Circle Pte Ltd, which was created by three French entrepreneurs – Olivier Duguet, Jeff Perron and Gilles Beau.

The Blue Circle specializes in wind farms and is the largest provider of renewable energy in Southeast Asia. The company currently operates in many ASEAN countries, most notably in Vietnam.

Jona told The Post that The Blue Circle is negotiating a price with EdC, the last step before reaching a formal agreement to build the wind power station on Bokor Mountain in Kampot.

The project’s first phase will comprise 10 wind turbines with an 80MW capacity and has been discussed by the company and Cambodian authorities for more than half a year, he said.

“I believe that we’ll reach an agreement soon … the ministry is hoping that both sides will meet each other halfway. We’re always looking forward to supporting more wind power and green energy projects like this in Cambodia,” said Jona.

He said the price being negotiated currently hovers at around $0.07 per kilowatt-hour (kWh).

The EdC has been actively purchasing power from local and foreign investment companies to meet the demand for domestic usage.

Jona declined to comment on the average per-kilowatt-hour price at which the state had purchased electricity, but he said the cost varied depending on the source, location, volume, and circumstances surrounding the acquisitions.

The Blue Circle has also been working to further its presence in the region.

Jona said: “I’ve heard that the company is planning to invest in hundreds of megawatts of wind power in Vietnam.”

In the Kingdom, the company has surveyed three locations in Kampot, Preah Sihanouk, and Mondulkiri provinces, he said.

Neam Kopy, the CEO of environmental consulting firm CES Co Ltd, told The Post that wind power is an attractive energy source that does not have the environmental burden of fossil-fuel and coal-fired power stations.

Wind energy extraction is on the rise in Europe and developed countries, he said. “As an environmentalist, I am thrilled with investment in this type of energy and I strongly support it.”