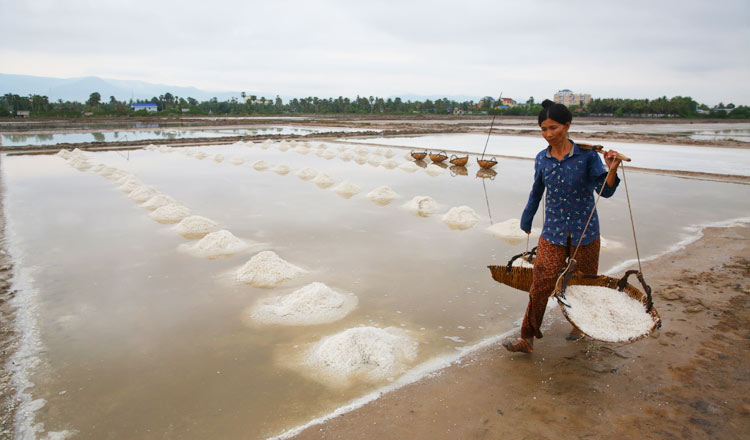 Cambodian farmers have begun to collect salt flowers and now becoming a new product gaining popularity in the market both domestically and internationally at a considerable price.

Mr. Bun Narin, Director of Thaung Enterprise, a Cambodian salt producer said that the salt flower is not something new among salt farmers in Cambodia but gained its economic value following its introduction to the market in the past four or five years.

Cambodian salt farmers are still using traditional methods to collect salt these days such as depending on the sunlight to evaporate the seawater for salt.

The process will also result in thin pieces of salt floating on the upper surface of the farm, these are called salt flower and it can only be collected manually when the farm has dried, the weather hot but not windy.

Studies show that salt flower contains less sodium and is less salty gaining popularity when more people start paying more attention to their health by reducing the level of saltiness of their diet.

The market price of the salt flower is between $10 to $15 per kilogram which is a considerable price compared with the ordinary salt. AKP