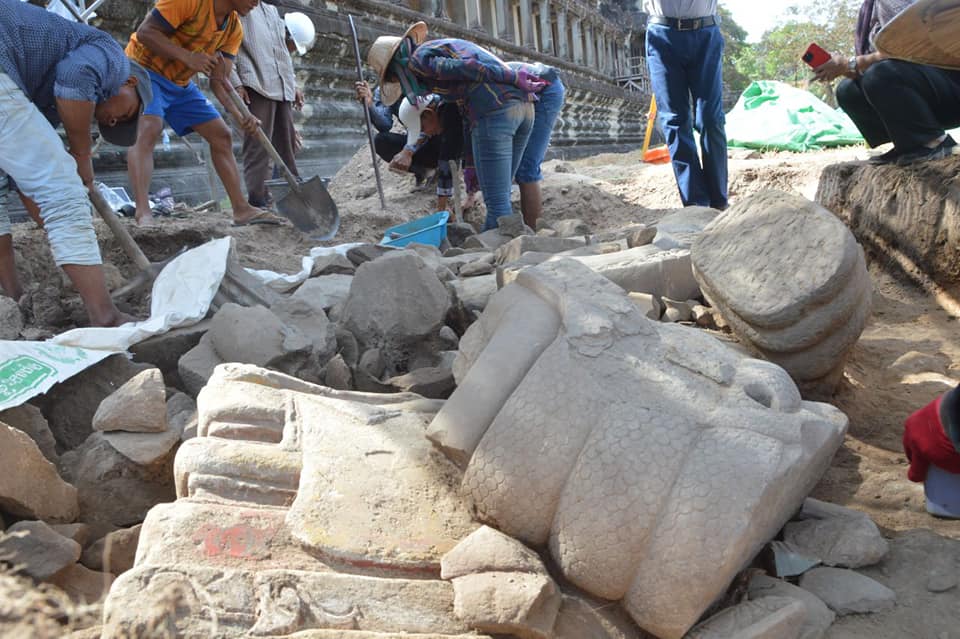 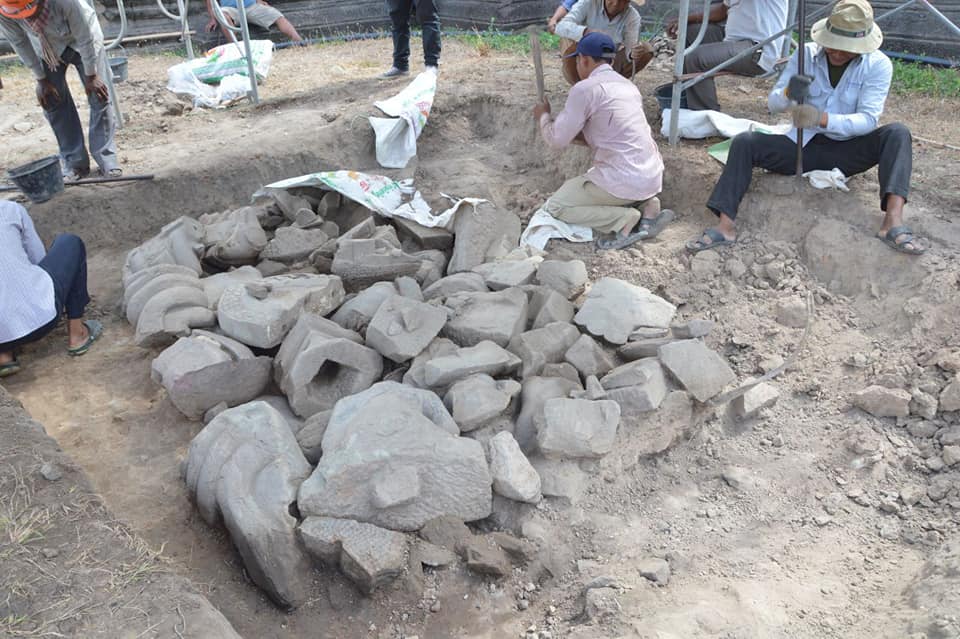 A group of Apsara National Authority (ANA) archaeological experts have found 21 broken Buddha statues buried in the ground in the Angkor Wat Temple complex after nearly a week of digging.

ANA director of Exploration and Research Projects, Srun Tech, said on Wednesday that the 21 Buddha statues and 141 fragments were buried about half a meter deep at the Angkor Wat Temple area.

“This accidental discovery happened on April 11. What we found were mostly Buddha statues, some of which had broken heads, arms, legs and other pieces. These statues are of Buddha sitting as well as standing.

“There is soil, mixed with modern remnants, meaning that they were probably buried in the 1960s or 1970s because we found fragments of a bicycle bell, a plastic bag and other materials. These statues were not buried in ancient times,” he said.

The deputy director at Angkor International Research and Documentation Centre, Im Sokrithy, said the statues were buried in the same pit, and were of different sizes.

The team plans to dig down about one meter more but they doubt there could be more statues buried there.

“These statues were organized by people as we noticed through the layers of soil, markings for the materials buried in the pit. These 21 statues are mostly fragments and for some, we haven’t found the heads. Some have lost their arms and legs,” he said.

In a separate case, the Royal Gendarmerie of Srok Chi Kreng handed over six sandstone artifacts and four vases to the Siem Reap provincial Department of Culture and Fine Arts April 15, which then handed them over to the ANA for preservation.

The department’s director, Muon Sopheap, said he received the artifacts from the Royal Gendarmerie to preserve as the nation’s cultural property.

He said the artifacts were found on March 16 in Kumru Village, Khum Pungro, Srok Chi Kreng, in Siem Reap province and were handed over to the Royal Gendarmerie.

“I handed them over to the Apsara Authority to preserve in the museum to be restored and displayed to the public as well as to be kept as evidence for future generations,” he said.

ANA spokesman Long Kosal said the six statues and four vases had already been stored at the Preah Sihanouk-Angkor museum for the conservationists to clean and restore.

He said people often found a lot of statues, but they handed them over to ANA experts to preserve, restore and display in Siem Reap province.

“The ANA calls on citizens to hand over historical objects to the authority and expert officials if they find any for us to preserve for younger generations to view too,” Kosal said. Phnom Penh Post 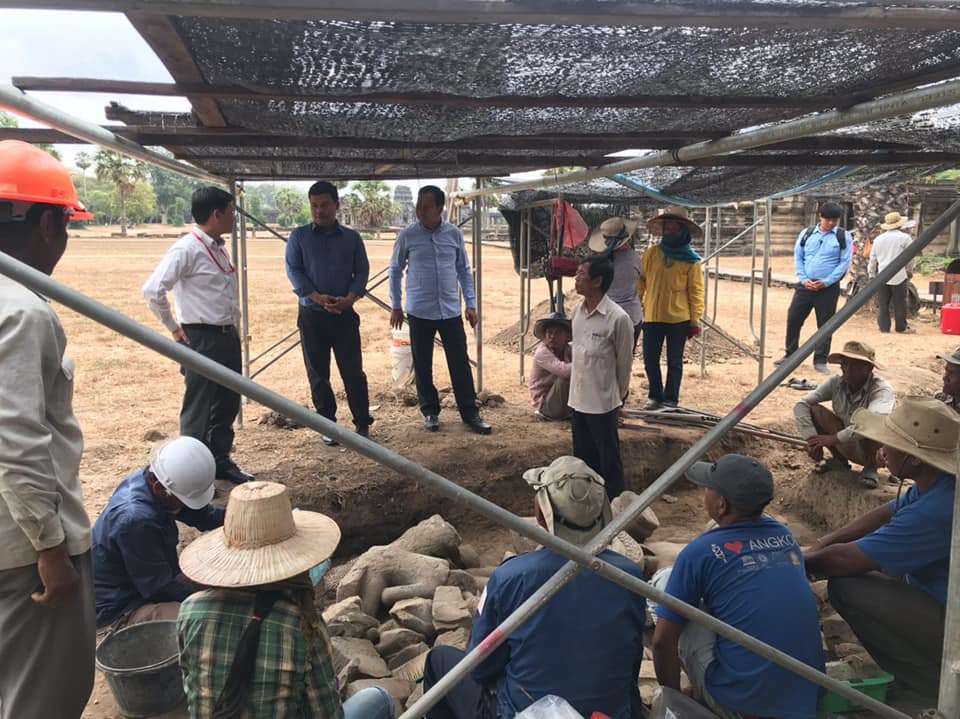 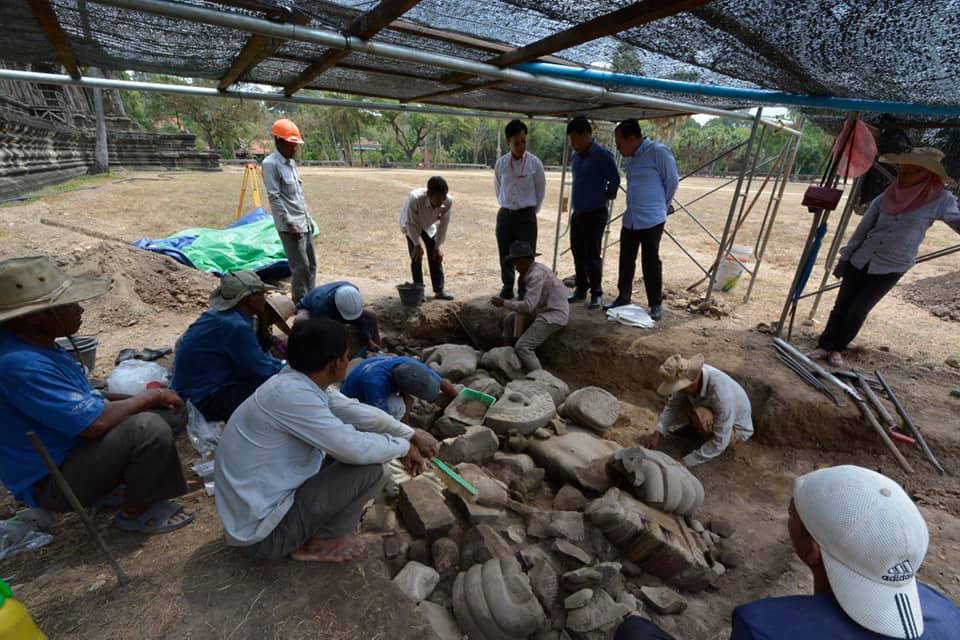 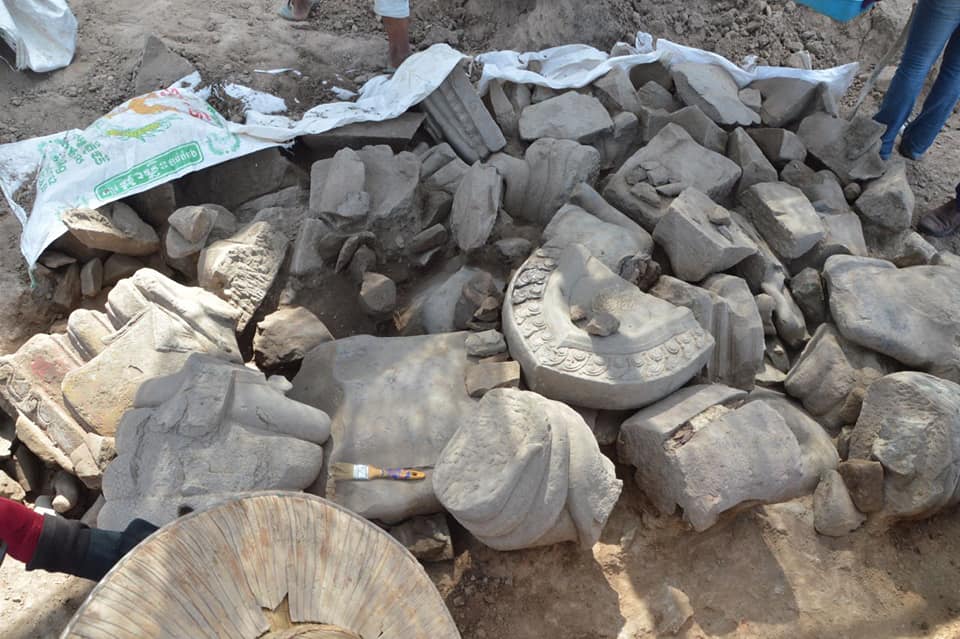 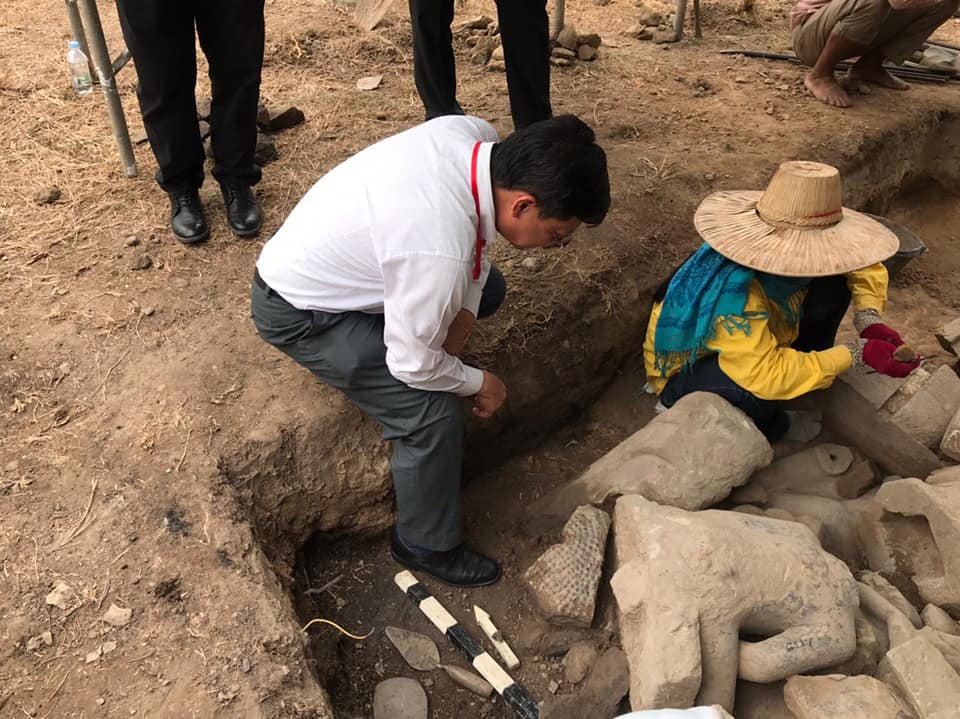 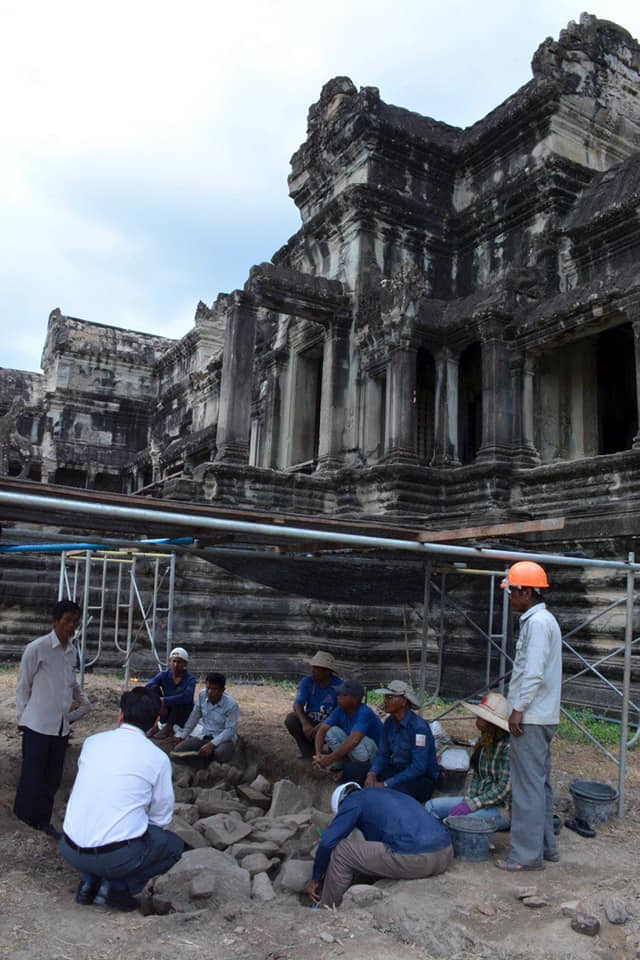