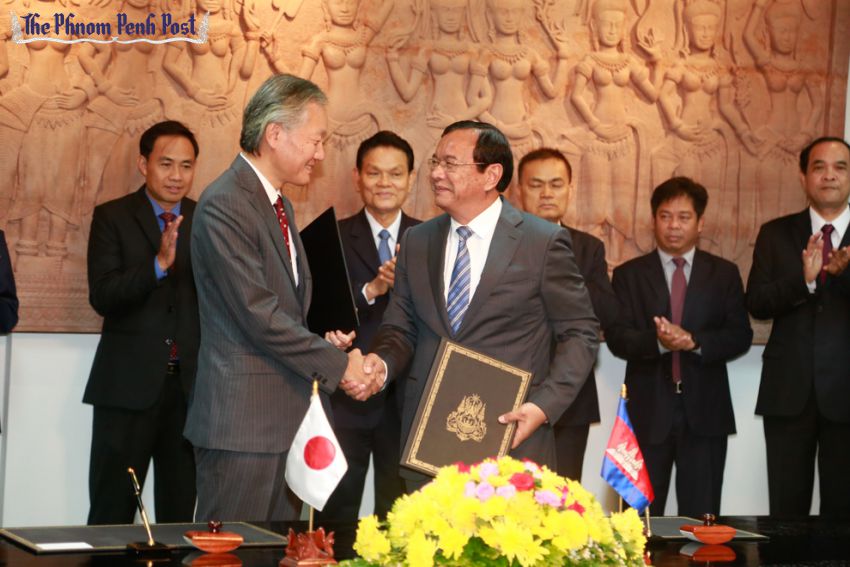 Cambodia and Japan will rebuild seven bridges in need of “urgent” repair in flood-prone areas of Kratie and Prey Veng provinces with a $35 million grant from Japan.

Cambodian Foreign Minister Prak Sokhonn and Japanese Ambassador to Cambodia Horinouchi Hidehisa signed the agreement yesterday in a ceremony at the Ministry of Foreign Affairs.

“Through this project, we expect that not only the Cambodian people, but also international travellers will use these bridges as well,” Hidehisa said at the event.

“With regular maintenance, the road can be commuted on normally,” Veasna said in an email. “However, bridges are narrow and cause traffic congestion. As traffic volume increases, the rehabilitation of the seven bridges is urgently critical for the safe and smooth traffic.”

Since April 2017, Cambodia has received about $249 million from Japan in official development assistance, including a $40 million grant for the final phase of a flood prevention project in Phnom Penh.

Officials across the country yesterday issued various warnings about flooding as rain from a low-pressure storm continued to drench parts of the country. The rain is expected to continue until October 10.

The Ministry of Water Resources asked people to avoid waterfalls, canals and rapids until the rain subsides.

In Siem Reap, provincial public works and transportation officials banned heavy trucks from national roads 6, 63, 64, 67, 68 and 266c due to flooding.