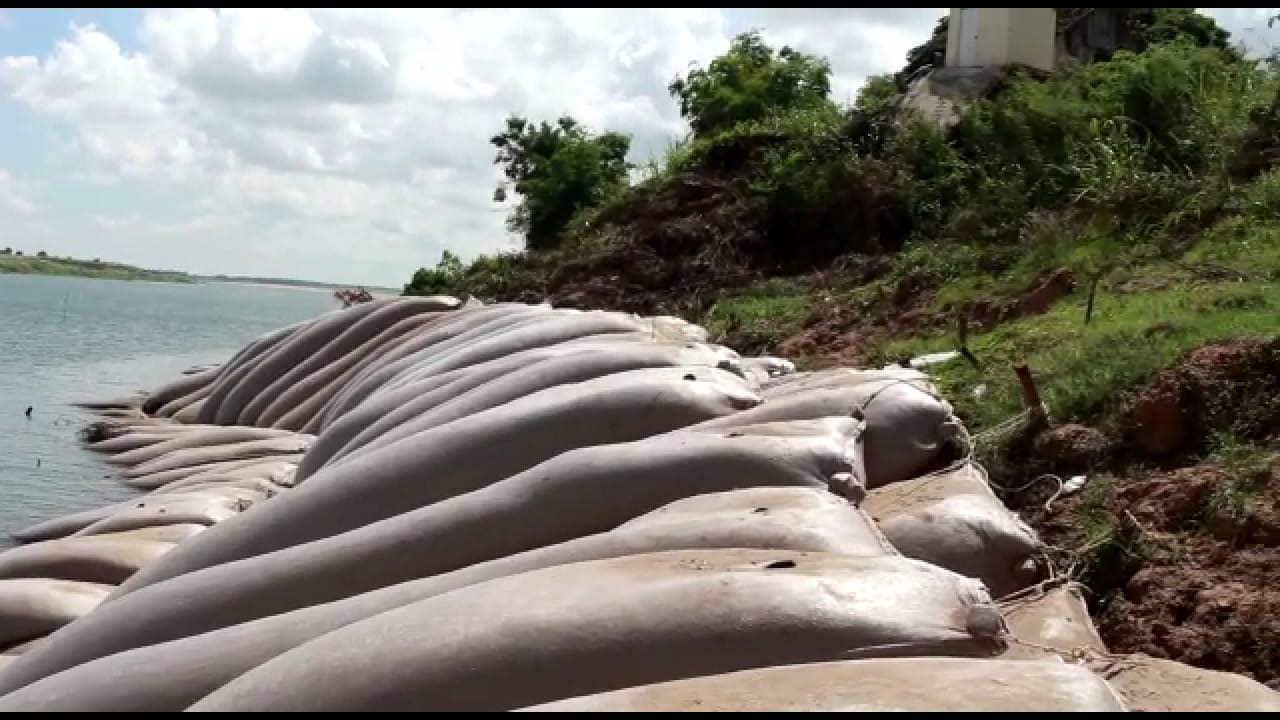 The 3,000-metre long bank protection project along the Mekong River which started six months ago is now completed.

Tboung Khmum Provincial Committee for Disaster Management Permanent Secretary Chhin Chanty said yesterday that the geotextile bags have been laid in two rows along the Mekong River bank as a reinforcement measure and from the bank collapsing.

The geotextile bags were given to the province by the Ministry of Land Management to carry out the project to improve the overall reliability, protection, and sustainability of the Mekong River Bank

Geotextile bags are filled with sand and placed along the river banks, creating an artificial riverbank that works as a protection and controls bank erosion, said Chanty, adding that Geotextile bags are covered by silt so that they will last for many years.

“This kind of work is to prevent bank erosions and also from the river overflowing and creating floods that can cause extensive damage to roads and properties, especially when the river bank erodes or collapses. We also do not want floods to damage or destroy the Wat Roka Thom pagoda located along the river in Tboung Khmum district, he said.

Tboung Khmum Department of Water Resource director Sok Mengleng said there are three types of geotextile bags that are placed along the Mekong River.

He added that the geotextile bags come in various lengths – 2.1 metres, 2.12 metres and 2.8 metres – are of good quality and are also being used in the Kandal and Kampong Cham provinces.

He said that during the upcoming rainy season, they hope there will not be any damage incurred due to riverbank erosion or collapse where the bags are placed. 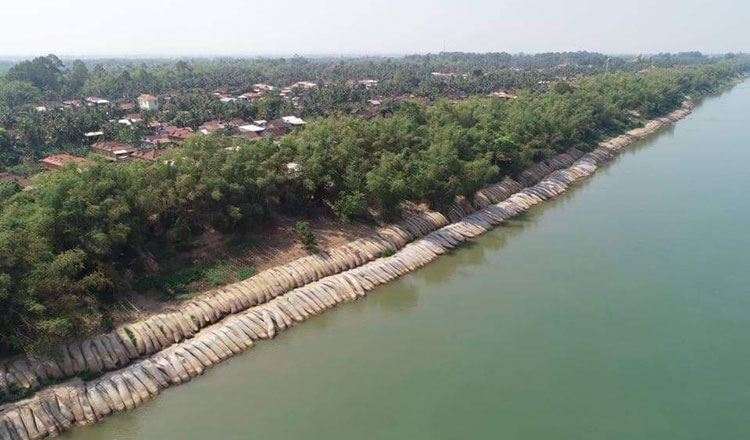