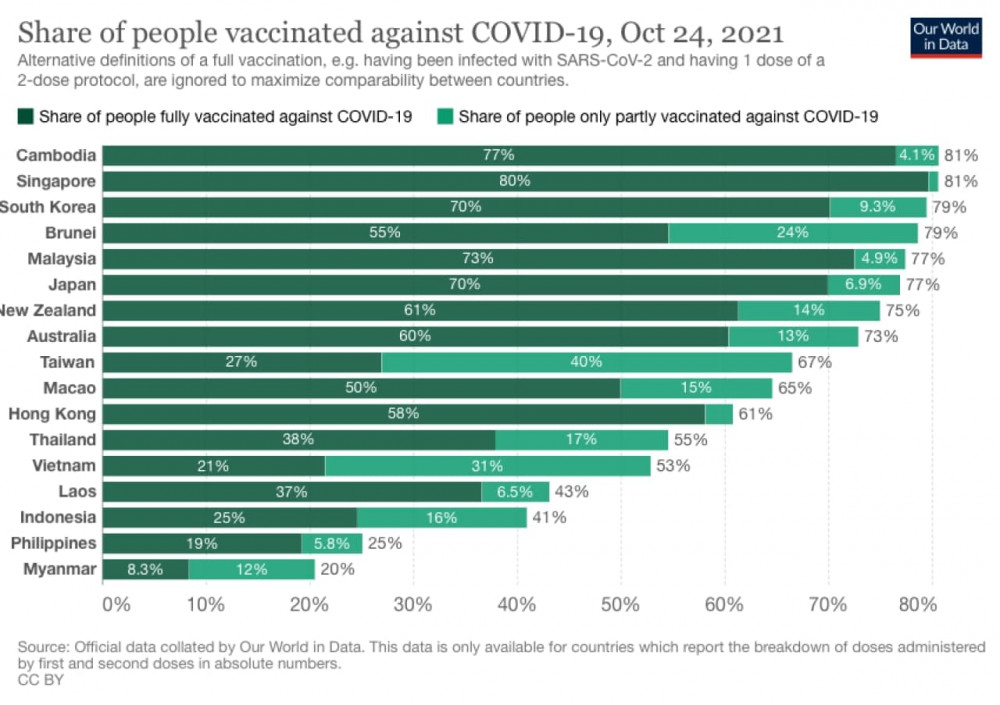 Cambodia has overtaken Singapore by a fraction of a percentage point to achieve the highest rate of vaccination against COVID-19 in the Asia-Pacific region, according to Global Change Data Lab.

Data compiled by the Oxford University-affiliated British charity showed Tuesday that 80.60 percent of Cambodia’s total population had been vaccinated against SARS-CoV-2, the virus that causes COVID-19.

The Global Change Data Lab programme Our World In Data has not included China in vaccination rates since earlier this month. China previously ranked second in the region to Singapore but was recently overtaken by Cambodia and South Korea.

According to Tuesday’s data, Singapore still has the region’s highest share of people fully vaccinated — 79.63 percent compared with 76.52 percent in Cambodia and 72.51 percent in Malaysia.

Our World in Data says it calculates its figures based on total populations — people of all ages — rather than people eligible for vaccinations who are often adults only. To maximise comparability, it ignores alternative definitions of “full vaccinations” — such as infected people having one dose of a two-dose protocol.