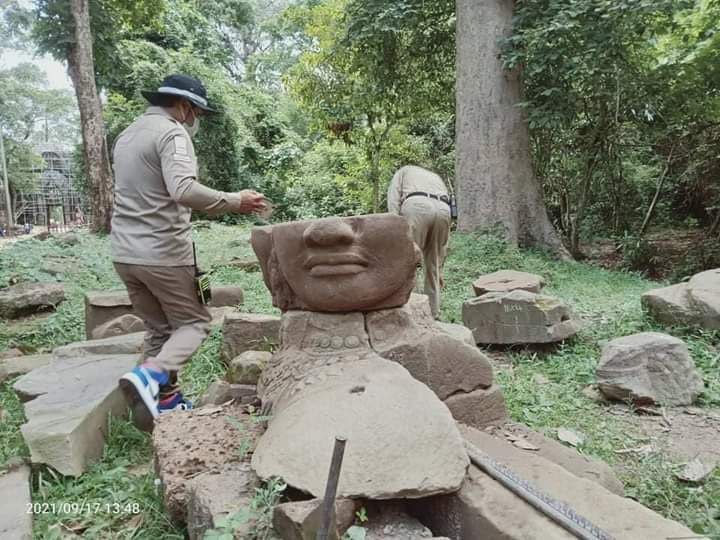 The head of the Deva statue, two faces from the middle of the nose, has been found in the ground near the northeast corner of the Takav Gate recently.

For this Deva’s head statue, the team had an assemble trial with the statue of Deva’s shoulder that was found earlier, as the result, the head statue matched with the body.

After re-assembling, the team along with the heritage Police kept the statue on site for further restoration. 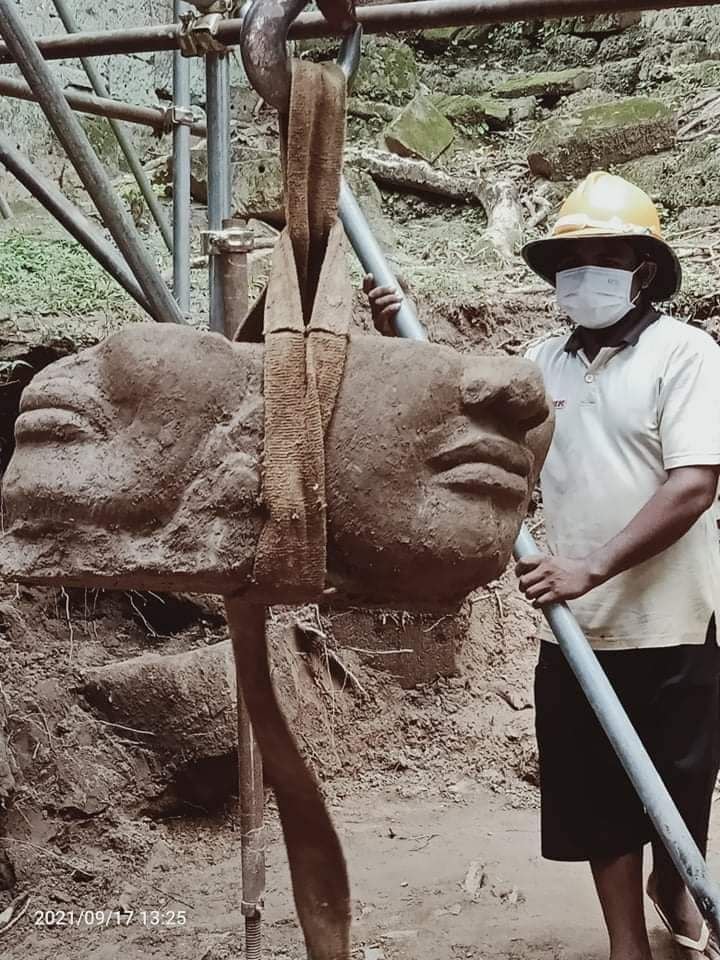 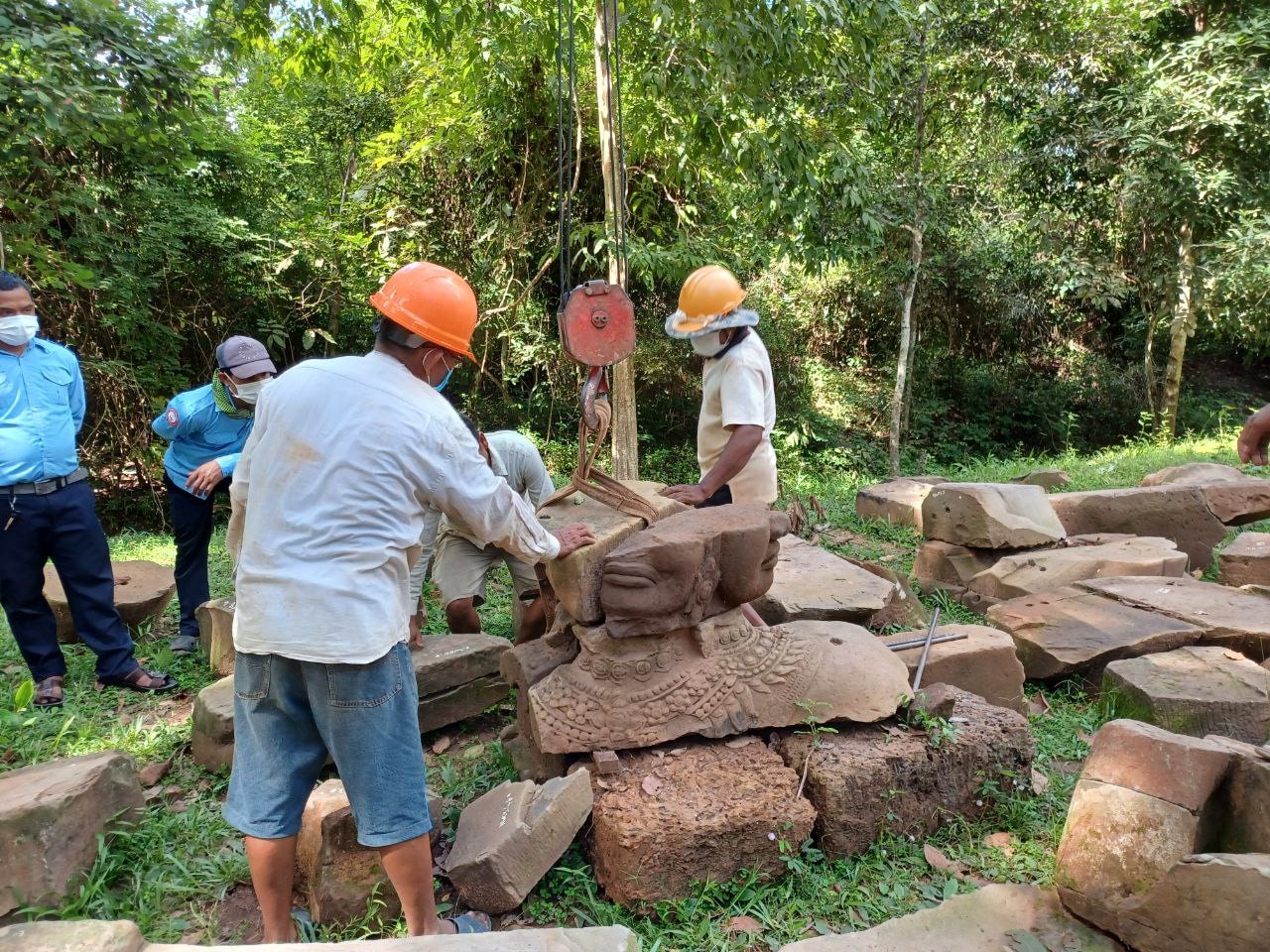 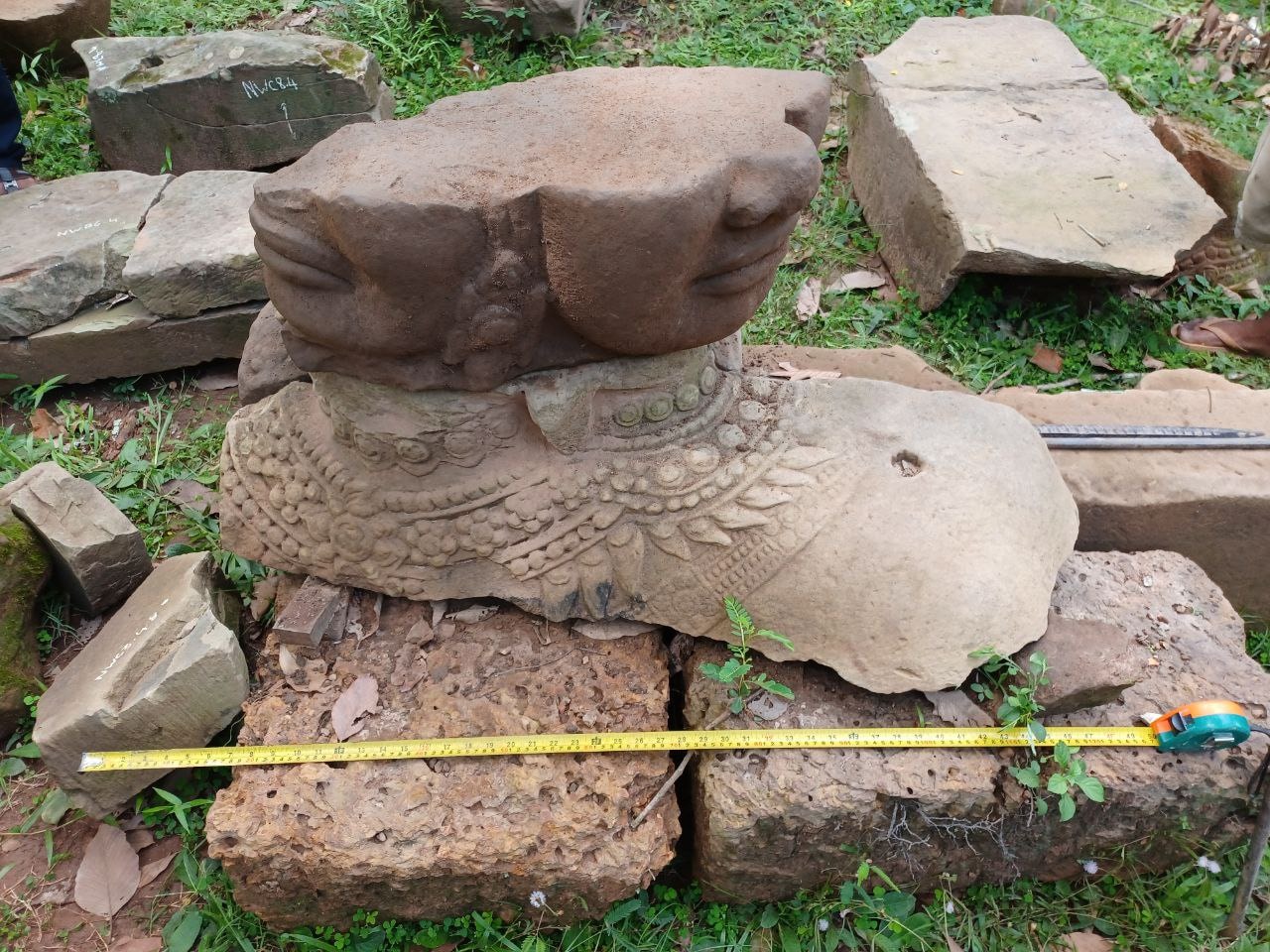 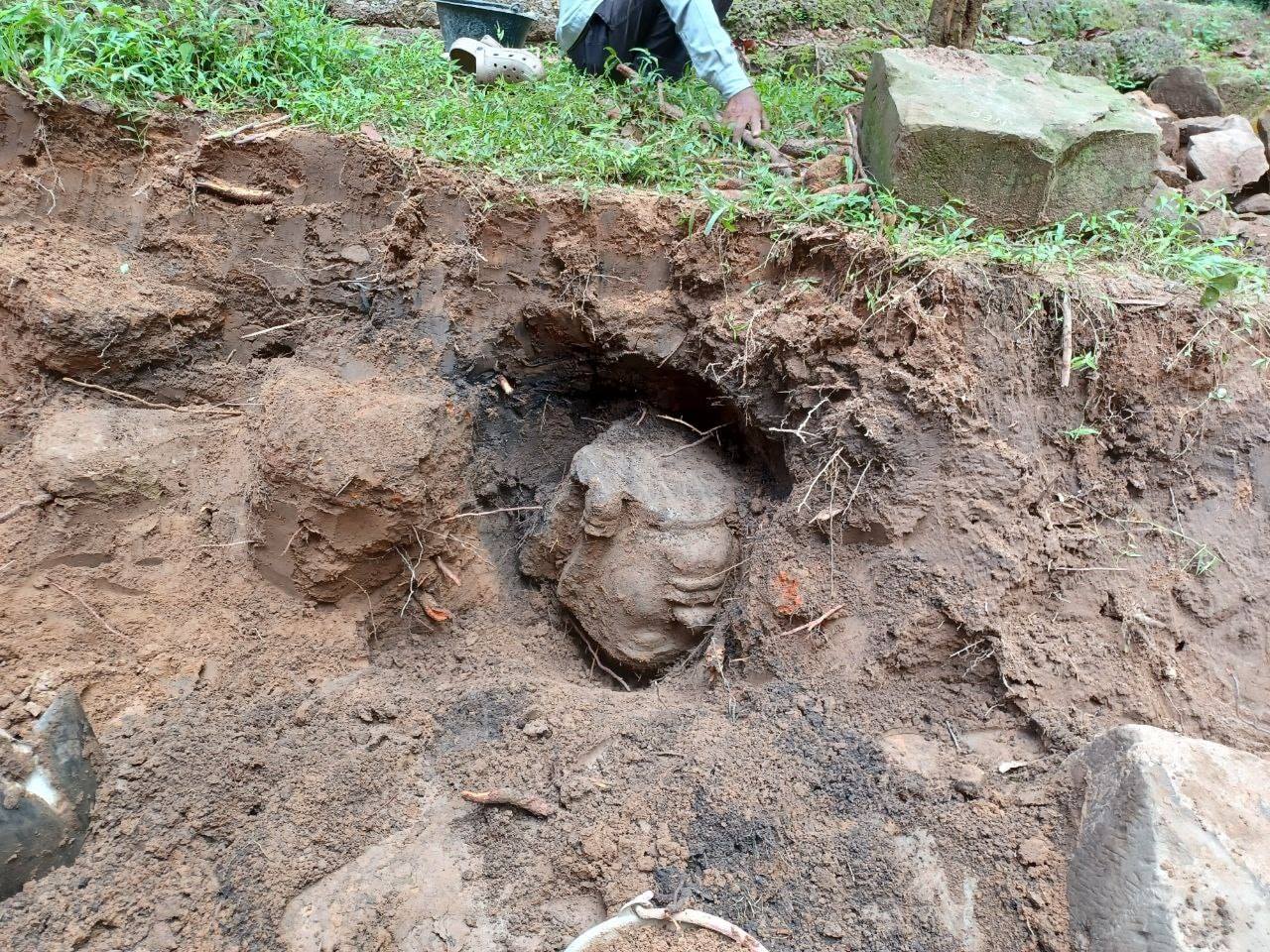 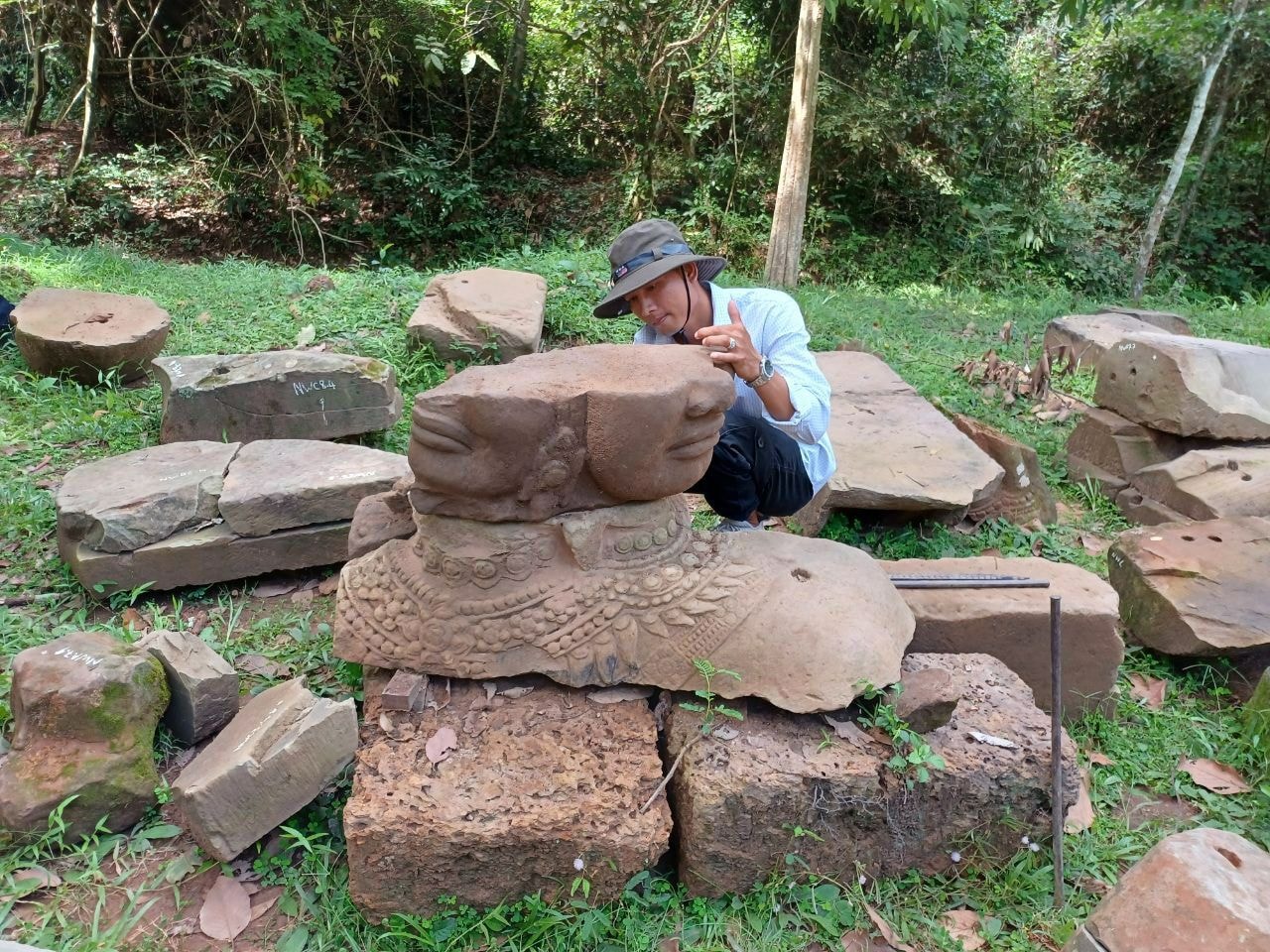 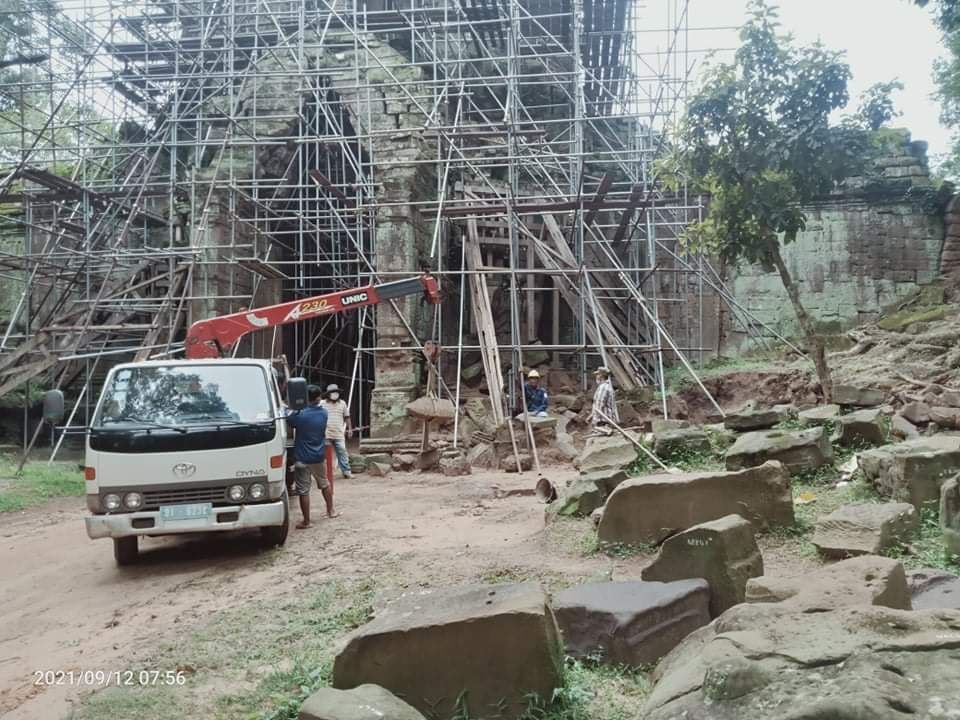