Garment exports from SEZs valued at $357 million over first semester 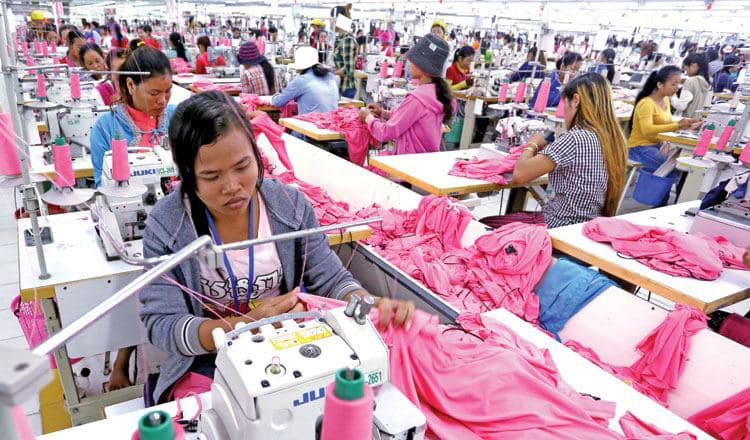 Cambodia exported $357.8 million worth of garments, textiles, shoes and travel goods in the first six months of 2021, inching up 1.4 percent compared with the same period last year.

Figures from the Ministry of Commerce show the garment exports were produced in the special economic zones (SEZs).

Cambodia has a total of 54 SEZs.

The exports were made under free trade agreements, the Generalised System of Preferences and the Most-Favoured Nation (MFN) scheme.

Garment exports accounted for most of the total exports at $232 million, a 3.3 percent decrease compared with the same period last year.

The export of textiles increased by 41 percent to $70 million, while exports of shoes and travel goods were valued at $35 million and $19 million, respectively. The latter two exports saw a contraction of 2.9 percent and 25.3 percent over the same period last year.

The EU and Japan markets were the biggest markets for the Kingdom’s garment products with a total amount of $77 million and $74 million, respectively.

Of the total export amount of travel goods, the US was the biggest market, importing $15.7 million of them, while another $2.4 million went to Japan.

Other markets were China, South Korea and ASEAN members.

The growing exports are a good signal of local production chains and it is a good and positive fact that more investors are seeking to understand investment opportunities in Cambodia, Meng Tech said.

Cambodia’s garment sector was badly damaged by Covid. Some factories shifted from producing clothes to other products including medical materials for the health sector.

The production chain of the garment sector was largely interrupted in February, during the second outbreak of Coronavirus in the Kingdom and pushed hundreds of factories in Phnom Penh and Kandal province to close down temporarily.

The Ministry of Labour and Vocational Training and the Garment Manufacturers Association in Cambodia (GMAC) appealed for understanding from buyers and other stakeholders if deliveries of garment products were late and sought no penalties during lockdown measures.

Cambodia’s shipments in garments, textile, shoes, travel goods, bicycles and other products located in SEZs were valued at $2.3 billion in 2020, a year-on-year increase of 28.6 percent. Khmer Times