Fishery exports from the Kingdom increase from 2019 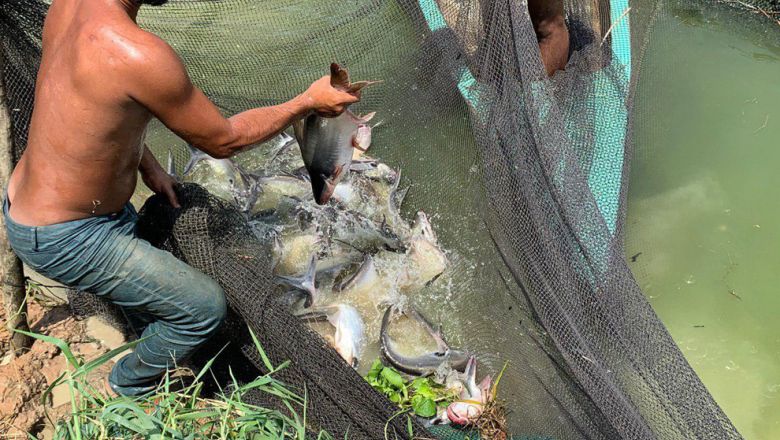 Fishery exports from the Kingdom increase from 2019

Cambodia exported 3,475 tonnes of fishery products to international markets in the first quarter of this year, inching up 0.72 percent from 3,450 tonnes in the same period last year, said a report from the Ministry of Agriculture, Forestry and Fisheries.

Ministry spokesman Srey Vuthy told The Post on Tuesday that despite the low growth in natural fish products, the ministry is working to strengthen many aquaculture practices to adequately supply local demand and which can lead to more international exports in the future.

The ministry is encouraging and promoting family farming and large-scale aquaculture investment with short-term high-yield species diversification, he said.

“With the effort now, I expect that Cambodia’s fishery product exports will continue to grow in the future,” said Vuthy.

He said the ministry’s policy is to increase aquaculture farming by 20-25% annually.

Eng Cheasan, the director-general of the ministry’s Fisheries Administration, could not be reached for comment on Monday.

However, he previously told The Post that most of the Kingdom’s fisheries output is exported to Vietnam and Thailand.

Cambodia’s fishery production is expected to grow over the next few years as aquaculture yields are increasing in most areas, particularly in the coastal provinces and around the Tonle Sap river, he said.

The government earlier this month announced a ban on fish exports in an attempt to increase domestic stockpiles and prevent food shortages during the Covid-19 epidemic.