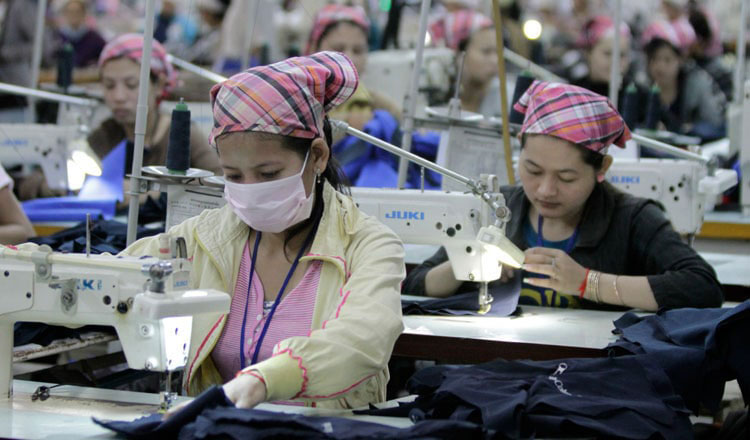 According to an Asian Development Bank (ADB) report, increasing job opportunities in decent work for women is essential for growth and vital for the advancement of economic and social development in Cambodia.

However, it also said that attitudes toward providing decent work to men and women alike, irrespective of their ethnic origin and class, continue to be ambiguous, complex and controversial because the issue touches on deeply felt societal values in interpersonal relations, culture, religion, economics, and politics.

“Economic growth in Cambodia has not yet translated into sufficient employment growth – and employment growth has not been inclusive for women. The share of women in wage employment in the non-agricultural sector in Cambodia has increased, indicating improvements in gender equality in the labour market, although women have not reached parity with men. Further, based on other measures such as the gender wage gap, gender inequality has increased,” the report said.

“However, employment growth alone is not sufficient to judge whether there is inclusive growth, especially where there is significant underemployment and a large informal employment sector. Gender inequality in the labour market is ascertained by reference to seven gender gaps (or deficits) for women: labour force participation, human capital, the unpaid domestic and care work burden, vulnerable employment, wage employment, decent work and social protection. Despite several gender-responsive legal and policy initiatives, an assessment of the labour market in Cambodia reveals that although some gender gaps have been reduced, women still suffer from persistent gender deficits,” it added.

The report said that progress has been made but more could be done to level gender opportunities.

“Some progress has been made in reducing the gender gap between men and women in the labour force participation rate (LFPR), which now stands at 7.5 percentage points. The lower LFPR of women compared with that of men represents an under-utilisation of women’s labour in the paid labour market, which arises from inferior employment, such as in decent work opportunities, human capital differences and unpaid domestic labour and care constraints.

“Women are more likely to be in vulnerable employment and also more likely to be in the category of unpaid contributing family worker, which offers the least opportunities for decent work. The gender gap in vulnerable employment [being the sum of own-account and unpaid contributing family workers] is almost 9 percentage points,” the report noted.

Managing Director of SHE Investments Celia Boyd agreed that a major issue is that women tend to be in lower skilled and lower income jobs, meaning they are much more vulnerable.

“Therefore, women need more pathways to enter the workplace. But it’s not just about improving gender equality as in the number of men or women. It’s the diversity it brings which is key to success. If you have a workplace which is just the same kind of person, you end up with a team of people all with the same ideas and opinions, which holds businesses back,” she said, adding currently the barriers to job opportunities include social norms and societal expectations. “Young women can be hindered by societal expectations to do what they are told and maintain norms – and that’s a real barrier. It limits their potential in allowing them to step into leadership roles.

“Over 60 percent of MSME [micro, small and medium] businesses are run by women but the fact is that more men are running bigger businesses. This could be overcome by looking at the sectors run in majority by women and what pathways and structures could be put in place to allow them to scale and reach higher positions. By focusing on equity in the present, we can ensure gender equality in the future at those different levels. She said ultimately every country is benefited by gender equality in the workforce and women being able to earn the same amount of money as men. “Women are not a minority, so any benefit for women has a huge economic impact overall because not empowering women in the workplace means that around half of the population is being under-utilised. More women stepping in to higher paid and higher skilled jobs, as well as being in leadership roles, means that that half of the population can participate in, contribute to and benefit from economic development,” she added.

The ADB report ends by recommending a series of policy and legislative moves for a more gender-inclusive labour market. These include promoting access to work and enhancing employment opportunities for women, gender mainstreaming, target setting and focused macroeconomic and employment policies. “To enhance employment opportunities and decent work and thereby promote gender equality and inclusive growth, it is necessary to make gender equality an explicit objective of national plans and recognition of increased employment as a macroeconomic goal to be promoted through all macroeconomic policies.” Khmer Times