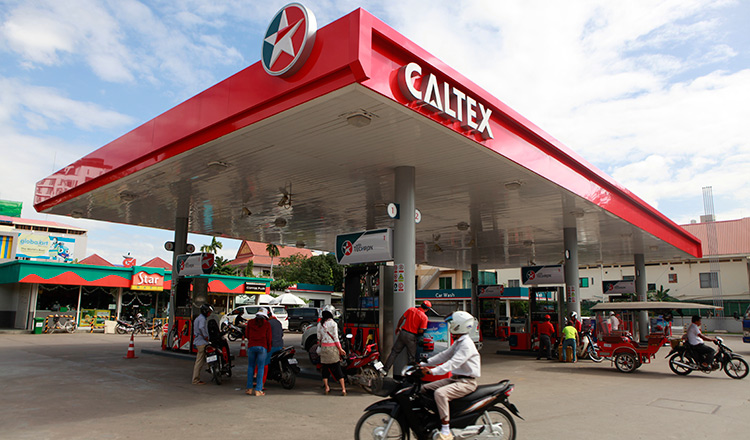 Chevron (Cambodia) Limited, a subsidiary of US-based Chevron Corporation, has unveiled its business plan to expand its Caltex branded service stations in Cambodia by up to 100 stations.

In a meeting with Suy Sem, Minister of Mines and Energy held on February 23, Pongtorn Tangmanuswong, Chevron’s country director, said that the firm imports petroleum from Thailand and Singapore to supply domestic demand in Cambodia.

“Having seen the potential in the number of petroleum consumers increase year to year, the firm will continue developing Caltex service stations in Cambodia in response to market demand market,” Mr Pongtorn said.

Additionally, the firm will equip modern technology at its stations, he said.

Caltex Cambodia Limited was incorporated in 1995. In 2008, the name of the wholly owned retail and marketing subsidiary was changed to Chevron (Cambodia) Limited while it continued to do business under the Caltex brand.

Suy Sem applauded and gave his support to Chevron’s business plan in Cambodia.

“Chevron has developed gas stations in accordance with the standards of the law, especially in avoiding any explosion that could lead to damage or harm people and the environment,” Sem said.

Prime Minister Hun Sen said that the oil extraction from the Apsara bloc in Cambodia’s territory in Thailand gulf is 7,000 to 7,500 barrels of crude oil per day. Currently, two of five oil wells are in production.