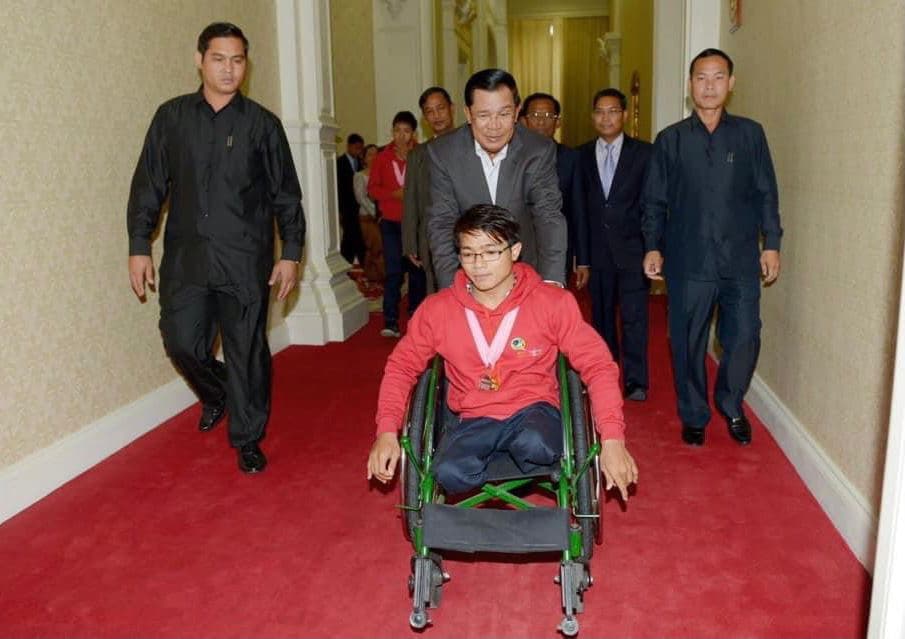 The Royal Government of Cambodia has been working hard to ensure that people with disabilities and their families can enjoy quality of lives and participate fully and equally in the society.

Cambodian Prime Minister Samdech Akka Moha Sena Padei Techo Hun Sen underlined the effort in his message to cheer the National and International Day of Persons with Disabilities on December 3, 2020.

The government has set out a clear strategy and priority for 2019-2023 to increase employment and economic security of people with disabilities, he added.

According to the government’s record, public and private institutions have employed nearly 7,000 people with disabilities.

Last year alone, a total of 2,860 (789 women) were employed by about 40 public institutions, while 3,792 others were hired by private sectors, such as banks, MFIs, hotels and factories.

Their access to education and technical vocational skills is also among the priority of the Royal Government of Cambodia.

At the same time, continued Samdech Techo Prime Minister, the government has made possible supportive physical infrastructures and other facilities as enablers for them to access other public services such as transportation, communication and health service.

Their public, social and political engagement including the freedom for religion, sport and recreation have also been ensured.