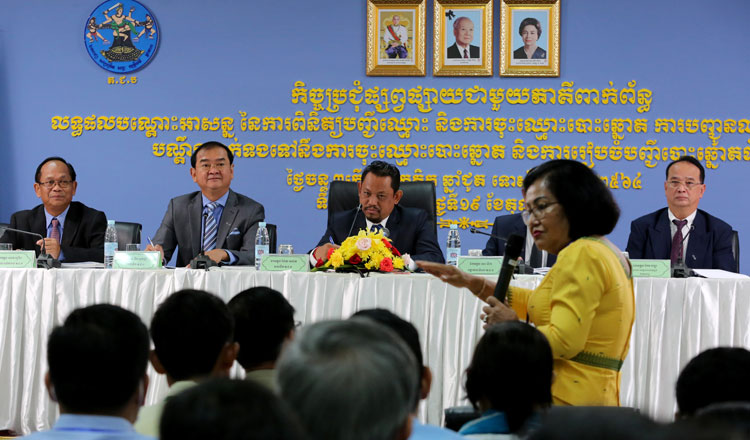 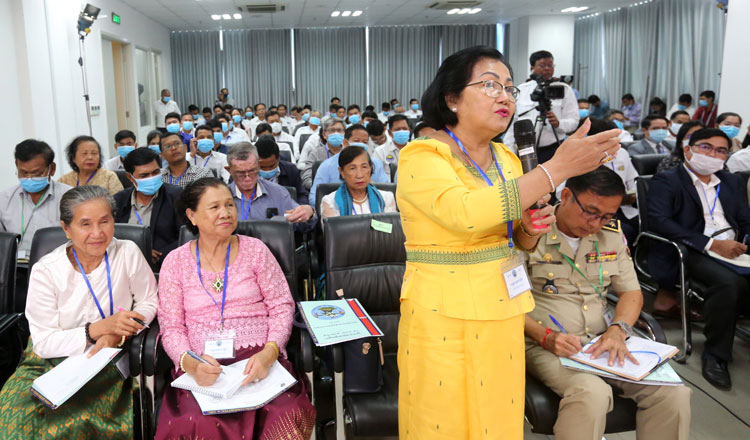 The National Election Committee (NEC) has seen an increase in new voters registering this year in comparison to last year.

The NEC announced yesterday that more than 250,000 new voters – over 85 percent of those newly eligible to vote – registered this year.

The news comes as the Kingdom is set to hold commune elections in 2022 and a national election in 2023.

Voter registration is held every year so the NEC can update the voter list. This year’s campaign ran from October 1 till yesterday.

NEC member Hel Sarath said at a meeting yesterday that within 17 days, 256,545 new voters were registered, with 141,178 voters deleted from the voter list and 88,464 voters making a request to adjust their data on the voter list.

He said 103 complaints were received, 94 of which were from the League for Democracy Party, five from the Cambodian People’s Party and four from voter registration team leaders.

NEC spokesman Dim Sovannarom told reporters after the meeting that this year’s voter registration has seen a better turnout than last year as the media has played a key role in publishing relevant information.

“As of Sunday, 256,545 people have registered out of 300,395 eligible new voters. All of the meeting attendees appreciated the result and lauded NEC officials for making the effort to achieve it,” he said. “We have made an effort to serve the voting registration service.”

Sovannarom said the NEC welcomes all complaints. Political parties or relevant stakeholders can file complaints to the NEC or commune voting registration offices, adding that today NEC will hold a meeting to review the complaints and find solutions.

“If the complaints cannot be addressed at the NEC, they can be filed to the Constitutional Council. This is an essential mechanism, and we will work harder to be more transparent until all stakeholders accept our solutions,” he said.

Sovannarom said people who have missed the registration this year can register next year.

The Neutral and Impartial Committee for Free and Fair Elections in Cambodia executive director Sam Kuntheamy said at the event that he asked the NEC to adjust rules which state that at least one political party agent is authorised to observe the registration.

“This was confusing for political parties as some thought they could place two reserved agents at the local voter registration office,” he said.

Kuntheamy said, “at least one” should be replaced with “one” in the rule as it will reduce confusion between what is a political party and a registration official.