USAID offers hygiene supplies to Unicef for schools in capital 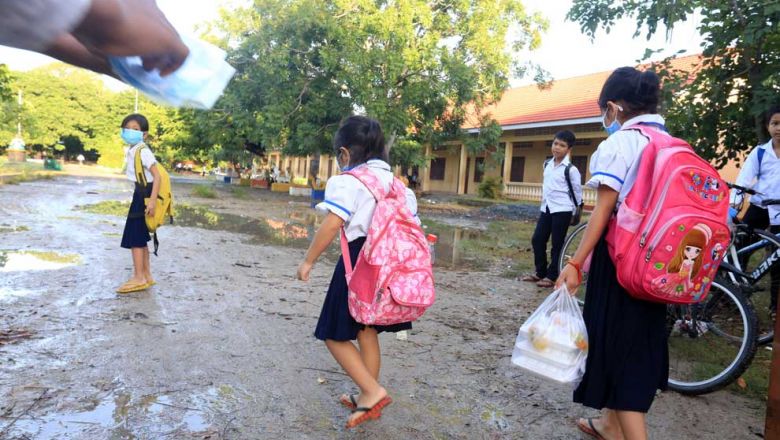 USAID offers hygiene supplies to Unicef for schools in capital

The US Agency for International Development (USAID) said on Thursday that it would provide Unicef with hygienic supplies such as soap, sanitisers, alcohol and thermometers to be handed out at 417 schools in five provinces and Phnom Penh.

The aid will contribute to the campaign of preventing Covid-19 as schools start to reopen in the Kingdom.

In a press release, it said the handover of supplies will take place on Friday at the provincial office of education in the capital’s Chroy Changvar district and will be attended by relevant officials and civil society organisations.

Unicef Cambodia’s communications specialist Meas Bunly told The Post on Thursday that it had benefitted from several USAID-funded projects aimed at working with the government to combat Covid-19. He said this project will give children the confidence to return to school.

Bunly said although all students are not back at school yet, steps have been made in the right direction to ensure they return to the classroom.

“We want students to return to school safely, with materials such as hand sanitiser, gel and alcohol. This is just one of the activities we have carried out. We participate in outreach activities so that children, parents and teachers know how to take care of themselves,” Bunly said.

Ministry of Education, Youth and Sport spokesman Ros Soveacha thanked and encouraged all stakeholders to continue cooperating with the government to reopen schools.

“The ministry has received guidelines from the government to open schools across the country in three stages, and the opening of the first phase of 20 schools with high safety standards began in August.

The launch of the second phase began on September 7. The ministry has prepared the technical, safety, health education and related matters for the upcoming third phase.